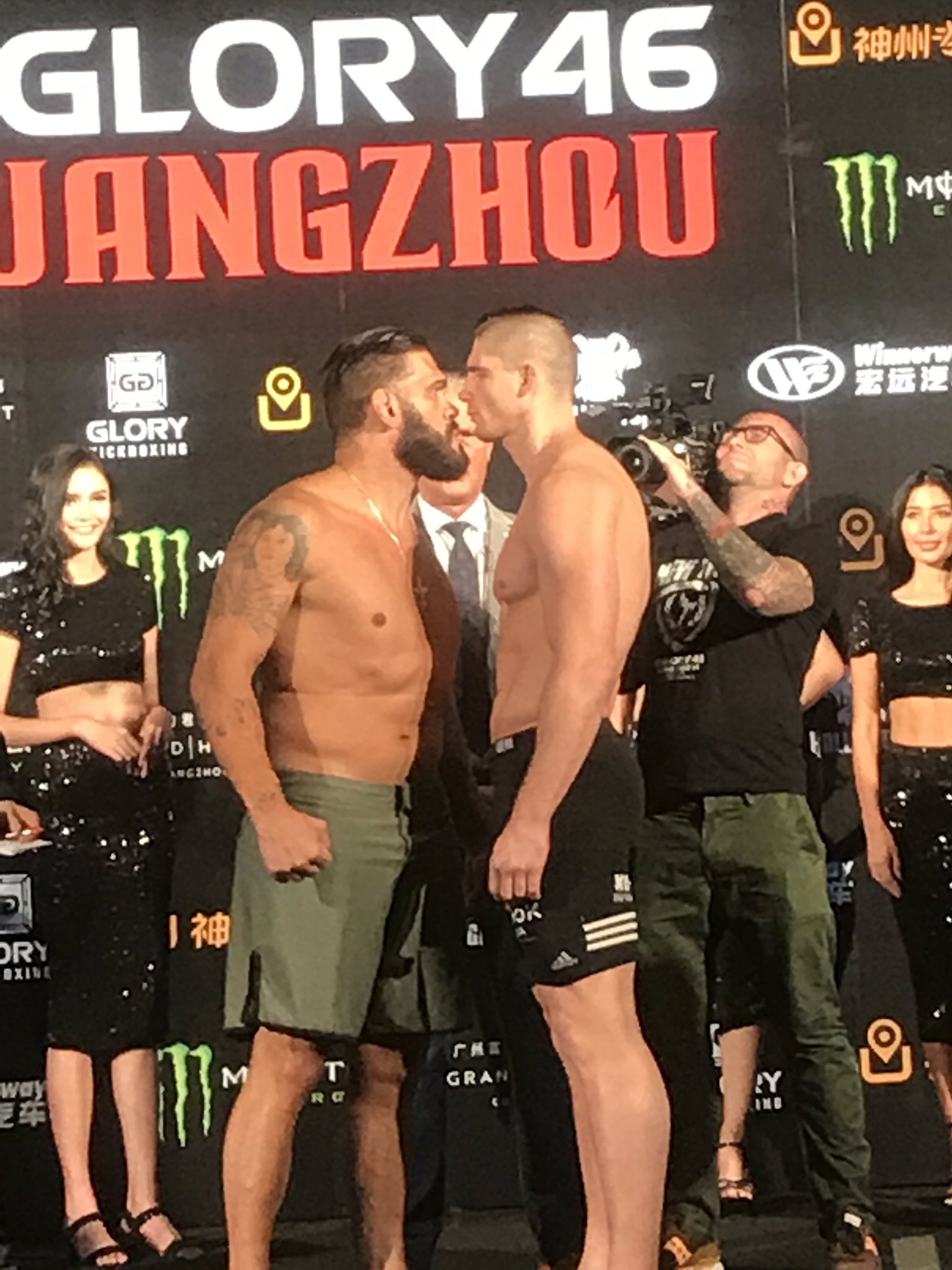 They announced that the main event of Rico Verhoeven vs BigFoot Silva will be free on UFC Fight Pass and no subscription will be needed to view it. They announced the same with the following press release-

The world’s greatest kickboxer – GLORY world heavyweight champion Rico Verhoeven – collides with former UFC heavyweight title challenger Antonio “Bigfoot” Silva this Saturday, October 14 in the main event of GLORY 46 SuperFight Series. The historic event from Guangzhou, China, can be seen FREE for fight fans around the world via UFC FIGHT PASS, the UFC’s digital streaming service, and GLORY, the world’s premier kickboxing promotion.  The platform and the promotion have worked together to make the entire seven-fight GLORY SuperFight Series available both live and on a video-on-demand basis.

Fans who download the UFC App or click HERE on their desktop will be able to enjoy the action, whether they currently have a subscription to UFC FIGHT PASS or not.

The live event begins streaming at 6am ET, with Bigfoot and Verhoeven expected to clash around 8am ET. After the live stream, the event will be available on a video-on-demand basis – for FREE – for a period of one week.

As FIGHT PASS subscribers are well aware, 28 year old Dutchman Verhoeven has established himself as kickboxing’s No.1 star. Standing 6ft 5l and weighing 260lbs, “The King of Kickboxing” is riding a 13-fight winning streak inside the GLORY ring that includes five defenses of his heavyweight title and victories over a who’s who of the division including kickboxing icons Badr Hari, Daniel Ghiță and Peter Aerts.

“Fighting MMA fighters in cross-over fights is interesting and I’m always looking for new challenges and new ways to keep entertaining the fans. Bigfoot always brings a war in his fights and that’s what the fans want to see. If I take him lightly, I will put myself in a dangerous position. He can hit hard from all angles and has real heavyweight power, so I know I can’t lose concentration for an instant.”

“Bigfoot is dangerous throughout the fight – I know we will have an exciting fight this Saturday.”

The Brazilian-born Silva, who will be making his kickboxing debut in China, is well-known to MMA fans. The 6ft 4, 265lbs brawler boasts 14 knockouts from his 19 wins in MMA and holds stoppage wins over the likes of former UFC heavyweight champions Ricco Rodriguez and Andrei Arlovski along with PRIDE FC champ Fedor Emelianenko.

“Bigfoot” relishes the challenge of competing under kickboxing rules, especially in a sprint of a fight which will be contested over three, three-minute rounds:

“Rico is one of the best in the world, a champion and has a lot of power and explosiveness – but I’m very relaxed about this fight. I’ve fought the best strikers in the world – Mark Hunt, Alistair Overeem and others from kickboxing – and I believe one punch will finish this fight.”

“I have kicks in my game, but I really believe in the power of my hands. If I can put one punch on his, I will put him down.”

The full GLORY 46 SuperFight Series is below: 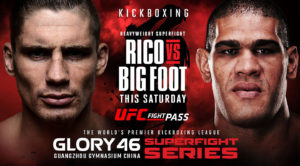