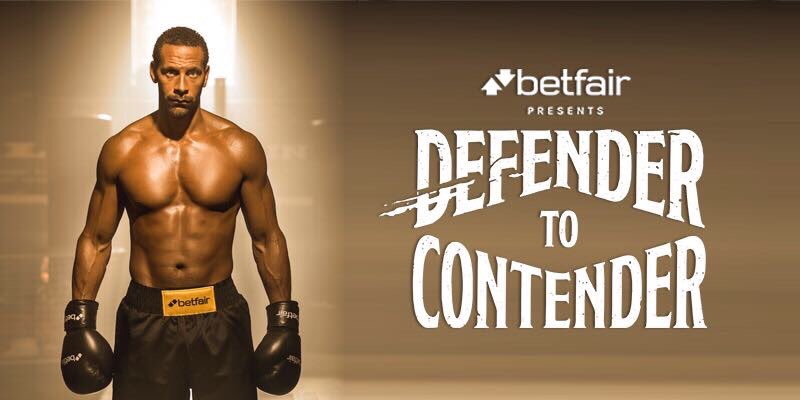 Rio Ferdinand,at the age of 38, is taking up a self confessed ‘challenge’ and taking to boxing after a successful 12 year career as defender with Manchester United Football Club where he won both the Premier League and Champions League and played for England 81 times. 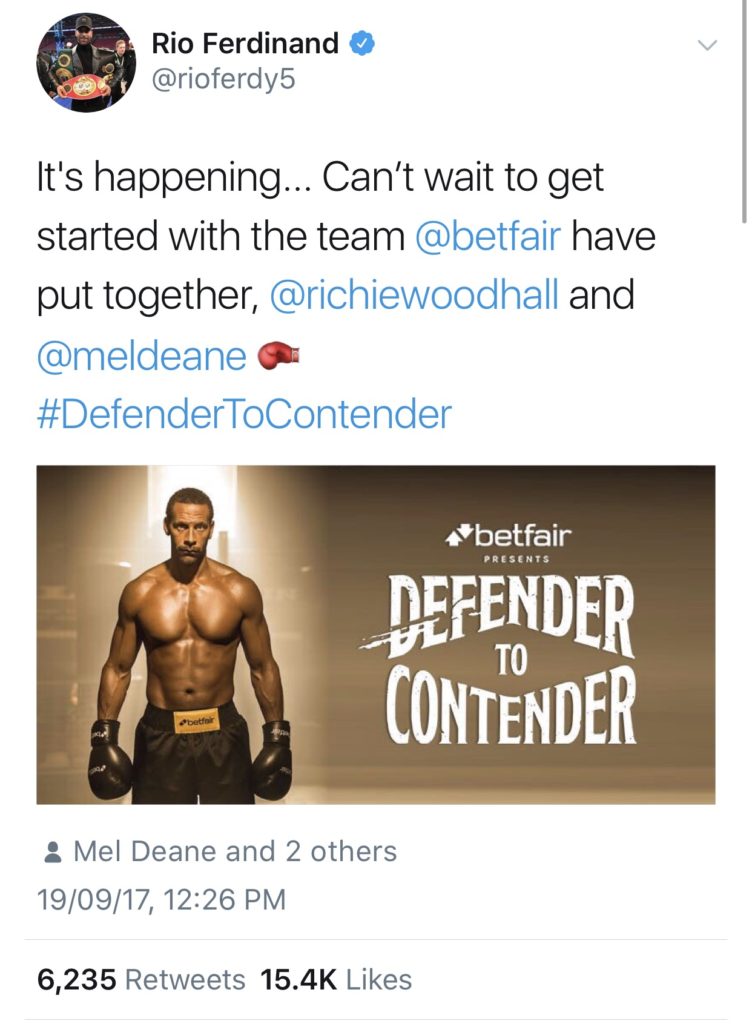 He is working with gambling firm Betfair for his boxing career and is hoping to get a licence to box professionally from the British Boxing Board of Control, but it is not yet clear who he’ll be facing in his first fight and whether he has any fixed opponent in mind so far.

Ferdinand is being trained by former WBC super-middleweight champion Richie Woodhall, while fitness trainer Mel Deane is also in his corner.

Rio stated “Boxing is an amazing sport for the mind and the body. I have always had a passion for it and this challenge is the perfect opportunity to show people what’s possible,”.

“It’s a challenge I’m not taking lightly, clearly not everyone can become a professional boxer, but with the team of experts Betfair are putting together and the drive I have to succeed, anything is possible.”

He is not the first footballer to try boxing. Curtis Woodhouse, the former Sheffield United midfielder, became a British light-welterweight champion when he switched career at the age of 26.

We wish Rio all the best.

- Advertisement -
Previous articleEDUARD FOLAYANG TO FACE MARTIN NGUYEN AT ONE: LEGENDS OF THE WORLD IN MANILA
Next articleCarlos Condit wants a fight