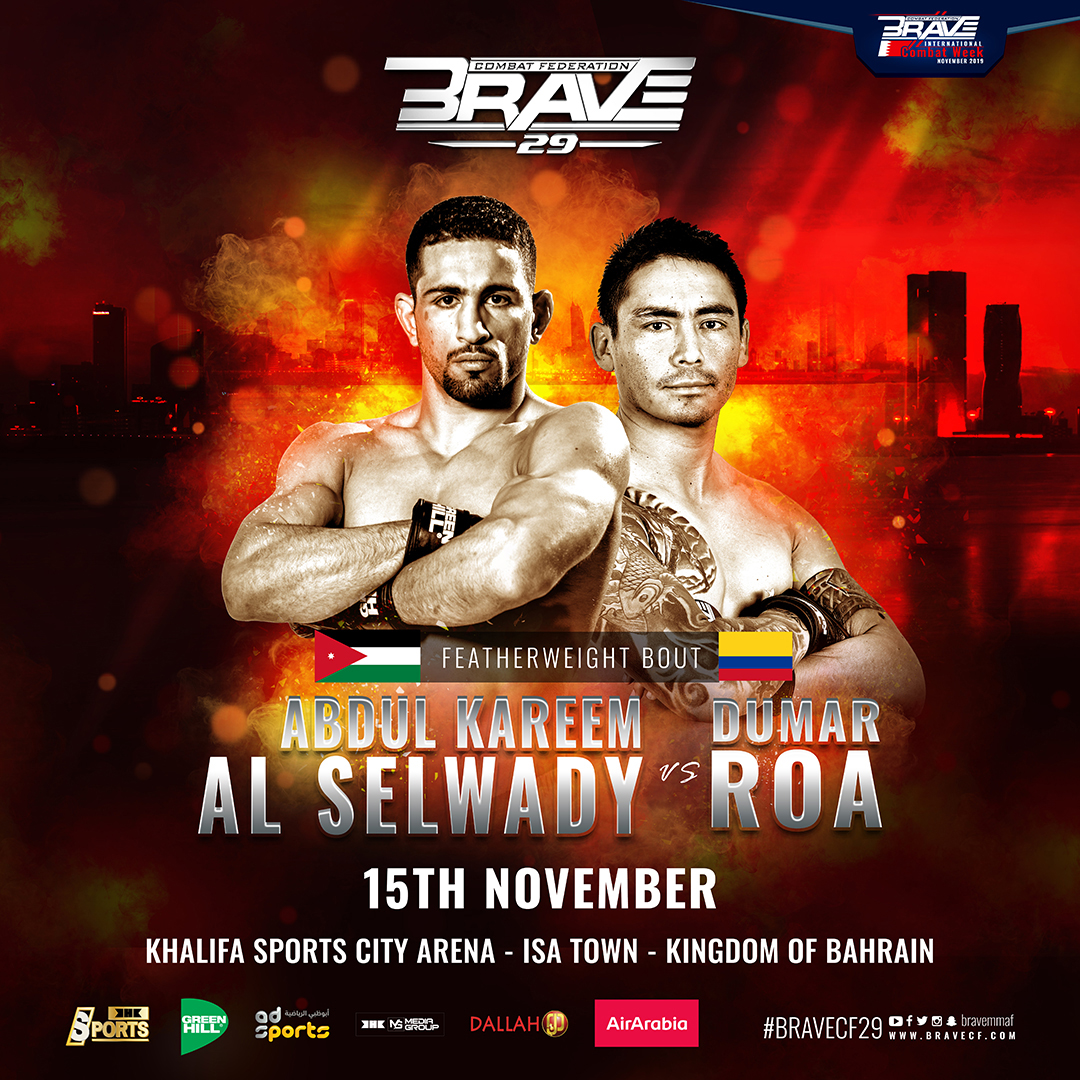 Jordanian hero Abdul-Kareem Al-Selwady has his eyes on a record, with a drop to the Featherweight division. The former BRAVE Combat Federation Lightweight champion will look to become the first man to hold belts in two divisions and he will start his road towards Bubba Jenkins’ title against Dumar Roa at BRAVE CF 29, which takes place in Bahrain, on November 15th.
Al-Selwady is one of BRAVE CF’s most recognizable stars, as he won the promotion’s first-ever main event, when he defeated Rami Aziz, back at BRAVE CF 1, in September of 2016. He followed that up with decisive victories over Michael Deiga-Scheck, Erick da Silva and Charlie Leary, which earned him a title shot against Lucas “Mineiro”.

He then beat the veteran, winning the biggest fight of his life, and becoming the Lightweight world champion. However, his title reign would be a short one, as he was knocked out by Luan “Miau” Santiago in his next bout. He has decided to drop down to Featherweight and will challenge Roa in his first fight in the new weight class.
Dumar Roa was a short-notice replacement at BRAVE CF 26, in his home country of Colombia. He replaced Guram Kutateladze at Lightweight and ended up losing to Felipe Silva. Now he gets a chance to shine in his natural weight-class against one of the top names in the BRAVE CF roster.
BRAVE CF 29 takes place during the BRAVE International Combat Week, Asia’s largest combat sports festival. Aside from the biggest event in BRAVE CF history, the week-long festivity will also feature the IMMAF World Championships, as well as the KHK World Championship, a one-night, four-men, open weight tournament which will give the winner a US$100,000 check, plus the right to be named the provisional holder of the KHK World Championship belt, the heaviest prize in sports, adorned with 6.2 kg of gold.