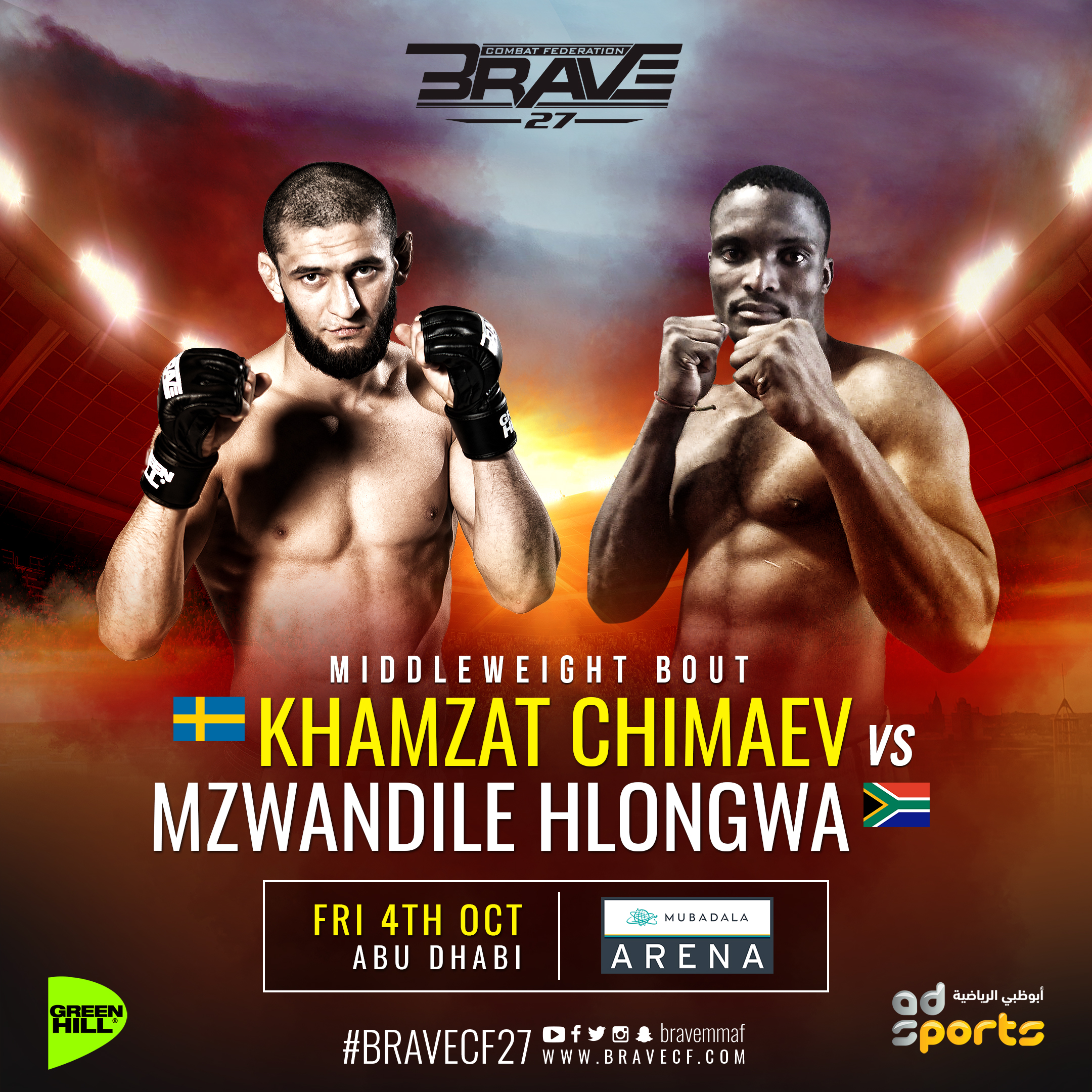 Khamzat Chimaev, arguably the biggest prospect in mixed martial arts, will return to action in Abu Dhabi. The Swede will take on internet sensation Mzwandile Hlongwa in a Middleweight match-up at BRAVE 27, set for October 4th, at the Mubadala Arena.
Chimaev has thrived since signing for BRAVE Combat Federation, going back and forth from Welterweight to Middleweight, with three victories for the promotion. He made his debut at BRAVE 18, against Marko Kisic, scoring a first-round TKO.

He then moved on to Middleweight, as he quickly made Sidney Wheeler tap out due to strikes in the main event of BRAVE 20. His last fight was the biggest win of his career as he knocked out previously undefeated Ikram Aliskerov with a vicious uppercut in the KO-filled BRAVE 23.
“Borz” is not shy about his intentions of being a multiple-weight world champion, and will come back to Middleweight to take on Hlongwa, who will be making his BRAVE CF debut. “Shakebone” made headlines all over the world with a vicious spinning-back fist KO in Africa and will now have the chance to fight for a truly global promotion for the first time.
BRAVE 27 will be headlined by a rematch for the ages, as reigning Welterweight champion Abdoul Abdouraguimov will take on Jarrah Al-Selawe, who lost the belt to him at BRAVE 23, in one of the most evenly-matched fights in the company’s history. “The Conqueror” was better early on, almost finishing then-champion Al-Selawe, before “The Jordanian Lion” came back and almost finished Abdoul in the later rounds.
As the split decision in favor of Abdouraguimov was widely controversial, the two will have the chance to put an exclamation point in their rivalry on October 4th.