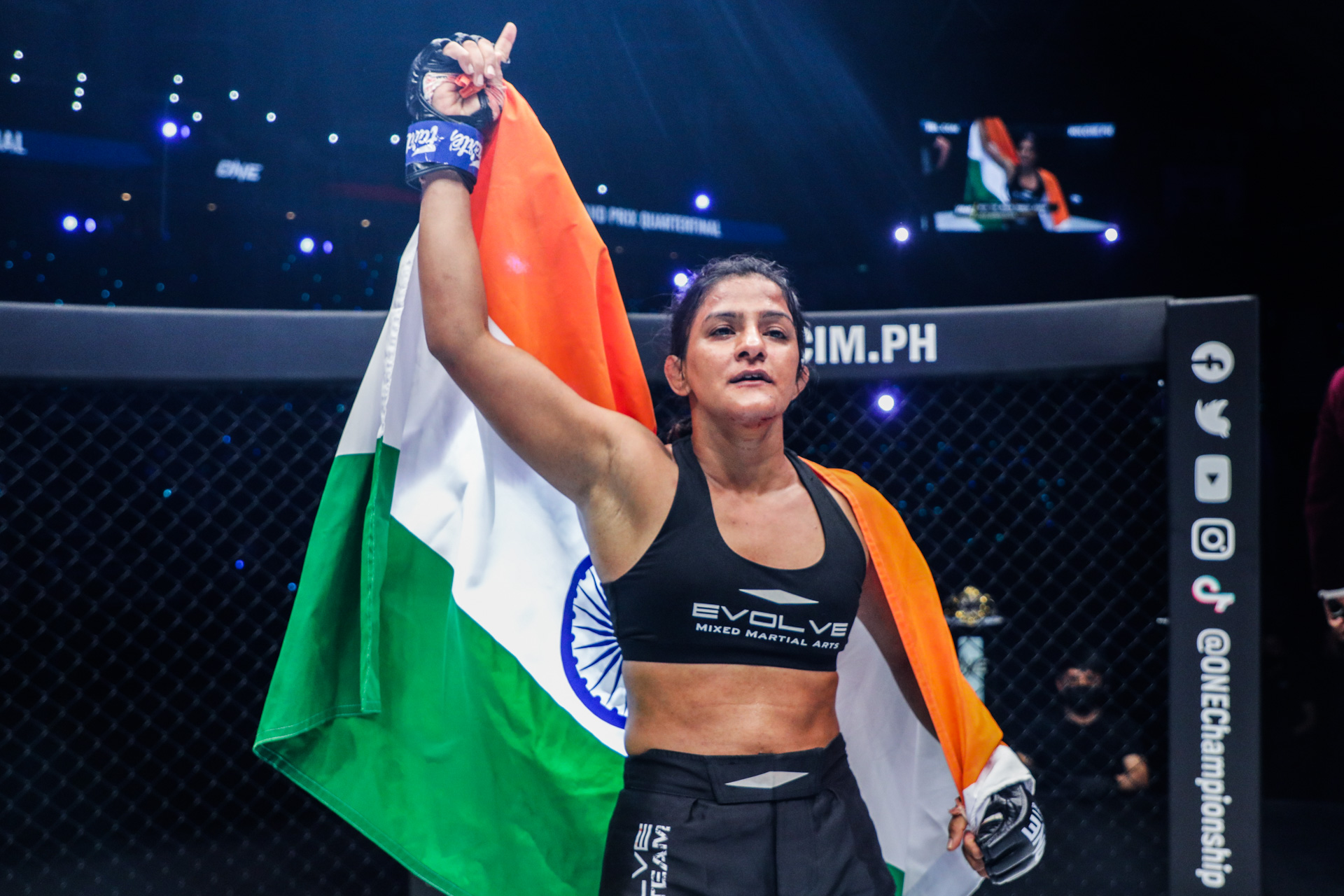 In slightly over two years, Ritu “The Indian Tigress” Phogat has evolved from an unknown mixed martial artist into a top-five atomweight contender in ONE Championship.

The Indian native has braved her way past more experienced peers and far more skillful opponents to earn her spot as the #4-ranked contender of the division. It hasn’t been an easy journey, but her courage to repeatedly display her best when it matters most is something that separates Phogat from her foes.

She will have the chance to add another strong showing to her resume when she takes on Itsuki “Android 18” Hirata in the ONE Atomweight World Grand Prix semifinals at ONE: NEXTGEN this Friday, 29 October.

“Hirata will be a tough challenge,” Phogat said. “She’s strong and she has good wrestling skills, so getting takedowns against her won’t be easy. It’s tougher to take down a grappler than a striker, so it won’t be easy to beat her.”

Despite racking up several memorable performances in the Circle, Phogat chose to remain grounded when asked about her upcoming foe. That, however, does not mean “The Indian Tigress” will downplay what she can bring to the table – world-class wrestling.

It is her biggest asset, but it has also been a subject of criticism at times. Some martial arts enthusiasts believe Phogat has relied too heavily on it, and that it could be the very thing that brings her down. Hirata feels the same way about Phogat’s arsenal, but the Indian star would rather her think that.

“If [Hirata] says that I can win only one way, then she should remember that I am the best at that. I don’t think anyone in the atomweight category can match my wrestling skills,” the 27-year-old martial artist said.

“I want to change people’s opinion that Ritu Phogat is only good at wrestling. I would like to win this fight in a different way so that my opponent in the final knows that I can win in different ways.”

When her semifinal bout commences on Friday, it seems clear that Phogat isn’t just aiming for the win and a spot in the final against Stamp Fairtex or Julie Mezabarba.

She is eager to win in style to show how far she has come since her debut in November 2019. The #4-ranked athlete is eyeing her fourth finish in eight matches, and if she does it, hopefully, it will be enough to silence the doubters.

“It’ll be a mistake to count me out because you are going to see a different Ritu Phogat in every match,” she said.

“If I get an opportunity, I will try to finish the fight with a knockout.”