Ritu Phogat Fires Away At Stamp: She Has No Answer To My Wrestling 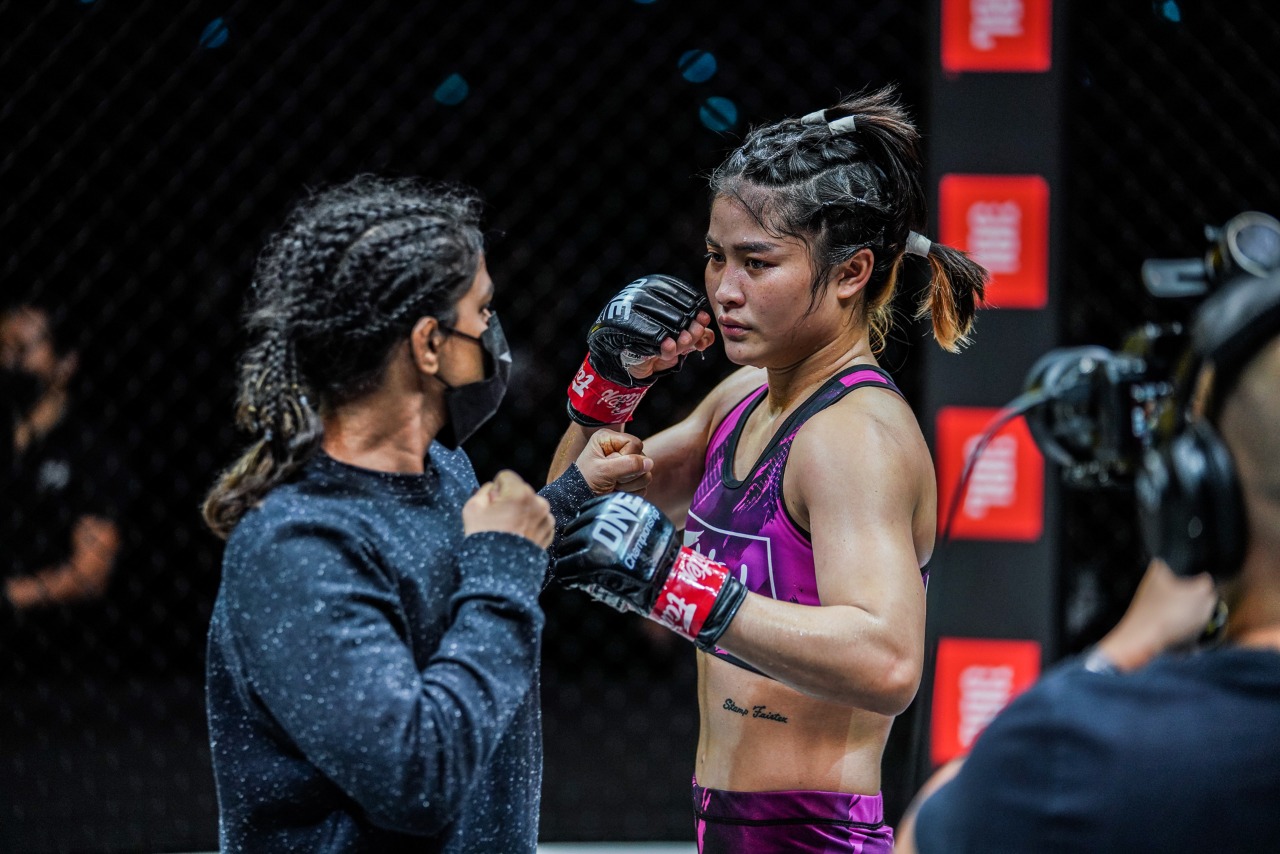 Ritu Phogat has taken another verbal jab at Stamp Fairtex ahead of their ONE Women’s Atomweight World Grand Prix Championship Final that takes place on Friday, 3 December.

The lifelong wrestler firmly believes that her opponent at ONE: WINTER WARRIORS does not possess the fighting skills to match her level. Although Stamp has worked on her techniques on the canvas, Ritu Phogat thinks her grappling experience will be pivotal as she aspires to lift the prestigious tournament silver belt inside the Singapore Indoor Stadium.

“I do not believe that a single training camp would bring Stamp to my level of expertise as far as wrestling is concerned,” the Evolve MMA star said.

“She would have to dedicate a considerable chunk of her life to wrestling to match steps with me.” 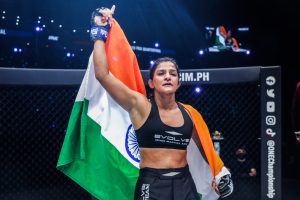 Wrestling has always been Phogat’s bread and butter. The Commonwealth Wrestling Gold Medalist started to train under the tutelage of her father, Mahavir Singh Phogat, when she was only eight years old. She even dropped out of school to focus on her career.

It turned out to be a wise decision as she eventually won gold at the 2016 Commonwealth Games and claimed a silver medal at the prestigious World Under-23 Wrestling Championships in Poland a year later.

These credentials have boosted her confidence that no one in the atomweight division can match her on the ground – let alone defend her strong single- or double-leg takedowns.

“I just want to say that in the entire women’s atomweight division, no defense will work against my wrestling,” she said.

“[Stamp] can work on her defense all she wants, but I will show that no one has an answer to my wrestling game.”

The Indian fighter with a 7-1 mixed martial arts record has credited wrestling as her ticket to victory since her transition to MMA in 2019. Phogat often uses her expertise to score huge points. On the ground, the 27-year-old sensation also moves into side control before punishing her rivals with a series of ground and pound strikes.

Her bout against Stamp could end in similar fashion. But if possible, “The Indian Tigress” would love to show the world that wrestling is not the only discipline that can power her to a memorable victory at ONE WINTER WARRIORS.

“People will get to see my striking in this fight. They will witness how I can counter her kicks with kicks,” Phogat said.

“I have faced strikers in my recent bouts, so I’m always trying to improve myself in that department.”

Download the ONE Super App to catch all the action from ONE: WINTER WARRIORS on Friday, 3 December.

Previous articleDan Hooker hints at a fight at Featherweight against Korean Zombie
Next articleMatrix Fight Night 7: Fight card, How to watch, India Timing