Ritu Phogat On Clash With Jomary Torres: I Am Fighting ‘For My Country’ 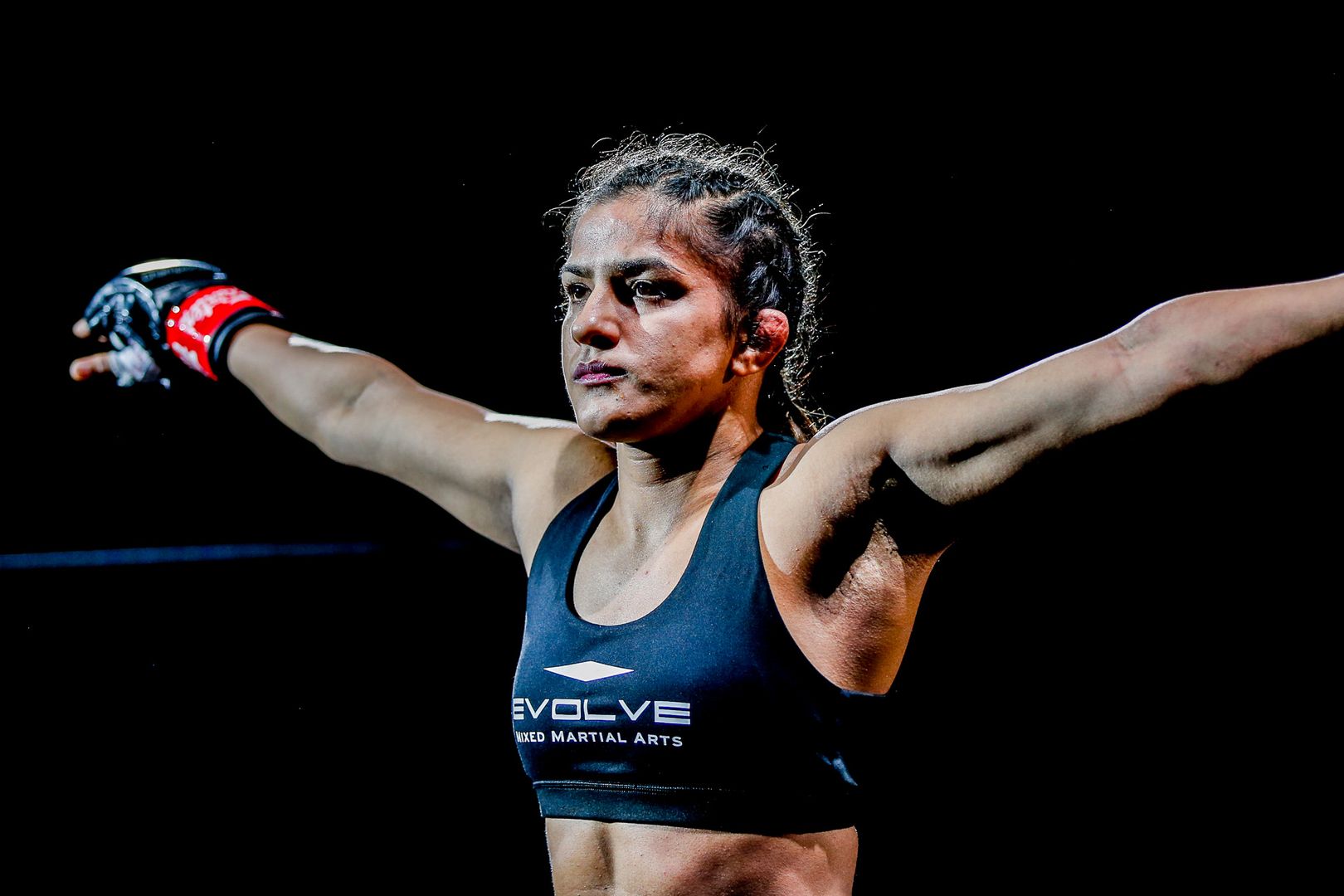 Since debuting in ONE Championship last year, Ritu Phogat has steamrolled every opponent who’s stood in front of her.

This Friday, 4 December, Phogat will attempt to keep her perfect record intact when she faces Jomary “The Zamboanginian Fighter” Torres in the first bout of ONE: BIG BANG at the Singapore Indoor Stadium.

“She is a good fighter,” Ritu Phogat said.

“She is going to be a challenge for me. I have watched her fights, and she is good. I respect her a lot, but I trust my training and hard work.”

All the long training sessions will help the wrestling star against an opponent, unlike anyone she’s faced before. Torres’ wushu background makes her a different kind of striker – a striker who likes to use unorthodox techniques.

Still, Ritu Phogat isn’t concerned and plans to fall back on her strengths if need be.

“She has a strong stand-up game, but I think my wrestling game is better. I am hoping that my ground game trumps her game,” Ritu Phogat said.

That means fans may see the established wrestler use some of the newfound striking skills she’s picked up at Evolve MMA in Singapore. 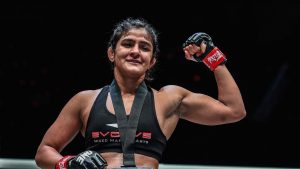 But even if she resorts to her grappling, it’ll be an attention-grabbing showcase.

While she searches for her fourth straight win, the Indian also hopes to entertain and inspire her fans back home. It’s those fans who’ve pushed Phogat to succeed in her martial arts career.

“My fans have always supported me, and I hope that they continue doing it,” she said.

“It motivates me a lot. I am grateful to my countrymen. I want to keep going, marching forward with their support. I fight for my country and when my nation is behind me, it is a blessing.”

Meanwhile, Phogat may crack ONE’s atomweight rankings with another convincing win. But according to the grappling ace, she’s fully focused on the task at hand.

“I just want to end the year on a winning note,” Phogat said.

Previous articleUFC will return to Fight Island in early 2021
Next articleStephen Thompson vs. Geoff Neal is the new main event for Dec. 19 Fight Night event