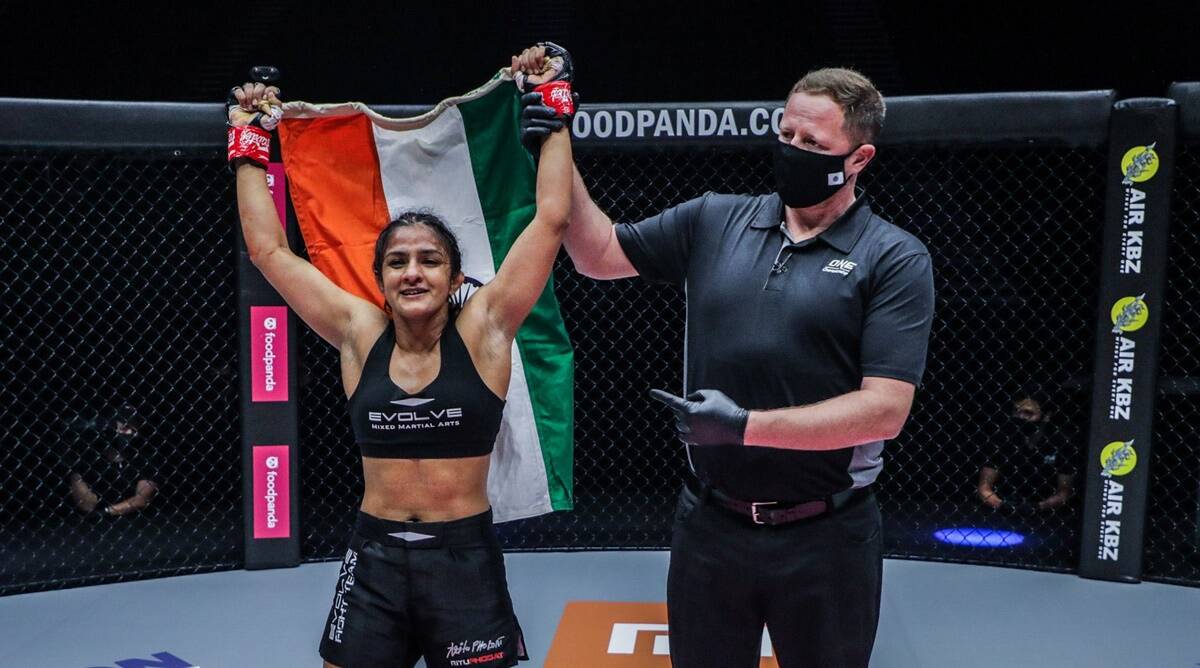 Indian MMA star Ritu Phogat might be on the cusp of making MMA a mainstream sport in India. She is scheduled to fight ONE Championship veteran Bi Nguyen at the Singapore Indoor Stadium on May 15 in a massive Indian triple header fight card.

The fight card is billed as ONE: Dangal and it will feature a heavyweight title fight between two UFC veterans: Arjan Singh Bhullar and Brandon Vera.

While the main event headliner is a heavyweight title fight, the major attraction on this card for the fans back in India is Ritu Phogat and ONE Championship knew what they were doing they named the fight card as ONE: Dangal. 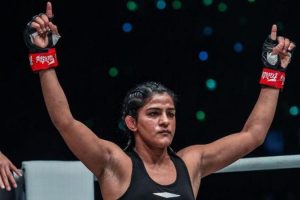 If you’re an Indian, you probably already know the relationship between the Phogats and the Bollywood blockbuster movie ‘Dangal’ featuring Aamir Khan.

Hailing from Bhiwani, Haryana, Ritu Phogat comes from wrestling royalty. Her sisters Geeta Phogat and Babita Kumari are considered two of India’s greatest female wrestlers. Ritu was well on her way to wrestling glory when in February of 2019, she shocked the wrestling fraternity when she announced that she will make a transition to Mixed Martial Arts.

In a country, where Wrestling is a highly popular sport and has produced legends like Yogeshwar Dutt and Sushil Kumar, a sport like Mixed Martial Arts still hasn’t caught up with the masses. Daughter of the legendary Mahavir Singh Phogat, who is the Senior Olympic coach of India, is responsible for producing some of India’s finest wrestlers. The Phogat family is one of India’s most famous families all thanks to the Bollywood biographical film Dangal, which is loosely based on the life of Mahavir and his two elder daughters Geeta and Babita.

The movie was a massive hit in India and it earned a whopping $340 Million in the box office.

Indian Wrestling’s loss here was a huge gain for Indian MMA that has for so long waited for a mainstream star. Despite MMA gaining popularity in India, MMA as a sport was never recognised by the Government of India. Come to look and login Mostbet, to bet on your favorite wrestler. Over the years, Numerous MMA promotions have popped up in India with popular ones like Super Fight League even having broadcast deals with network giants like Sony. Even Bollywood superstar Tiger Shroff started his own MMA promotion called Matrix Fight Night, which has already done five shows in India with the sixth event being scheduled to take place in April in Dubai, but it had to be cancelled because of the rising Covid cases in the country. Despite all of this, Indian MMA didn’t produce a superstar that the country could get behind.

However, that all changed back in 2019 when Ritu Phogat made her professional debut under ONE championship banner. While ONE championship is not yet popular in India like the UFC is, which boasts of superstars like Khabib Nurmagomedov, Conor McGregor, Jon Jones etc, with ONE championship signing Phogat, that all can change quickly and it’s already evident in some ways given the fact that major media houses heavily cover her fights and the television rights to the ONE Championship in India was quickly snapped by the Star. Star also holds the rights to the biggest sporting league in Asia: Indian Premier League.

Star’s reach and its marketing machinery could further catapult ONE Championship and Ritu Phogat’s popularity in India.

She has everything needed for her to become the true face of Indian MMA, she is an elite wrestler and is training under EVOLVE MMA in Singapore which is one of the best gyms in Asia. In her professional fighting career spanning four fights, she was shown the fans around the world that even though she is a highly accredited wrestler, she also has a highly terrific striking game.