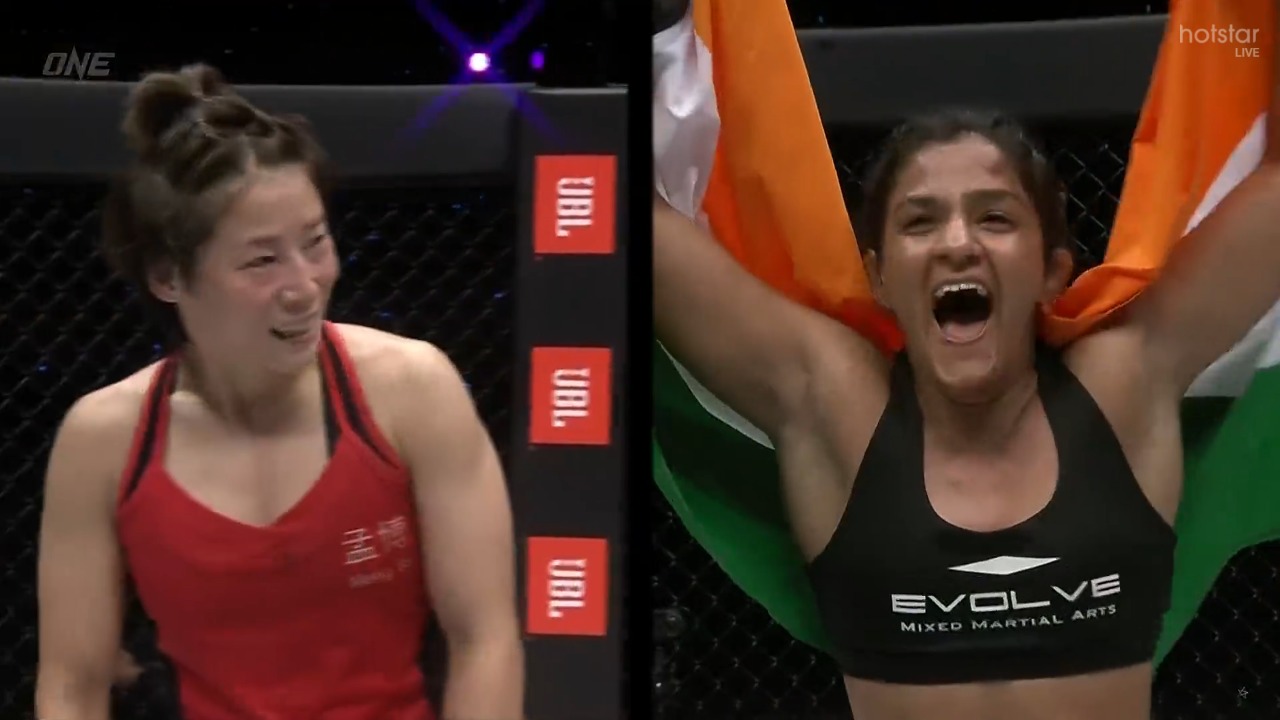 In an exciting back and forth bout, Ritu Phogat

Now Ritu scored a takedown and lands ground and pound on the Chinese.

Round 2: Ritu comes out firing jabs and shoots for a takedown, but gets countered. Ritu scores a takedown and is now landing hard ground and pound and is in control of the fight so far. Meng Bo gets out of the side top control. Phogat lands a knee and follows up with another one and then lands an elbow.

Ritu Phogat landed a hard right hand on Meng Bo with 30-seconds remaining on the clock.

Round 3: Ritu Phogat gets tagged with a hard right hand as she shot for a takedown. Now Ritu has Bo against the cage and scored an amazing takedown. She is in side control now and is landing hard punches and elbows. Phogat follows up with a knee to Meng Bo’s body with three minutes remaining in the fight, She continues to land hard elbows and punches. At this point, she is smouldering Meng Bo and the Chinese fighter is trying to stand up but all in vain as the superior wrestler in Phogat is dominating her.

In the meantime, with less than 90seconds remaining in the fight, Phogat continues to land punches on Bo’s body and now she follows up with knees to the body with just minutes left on the clock.