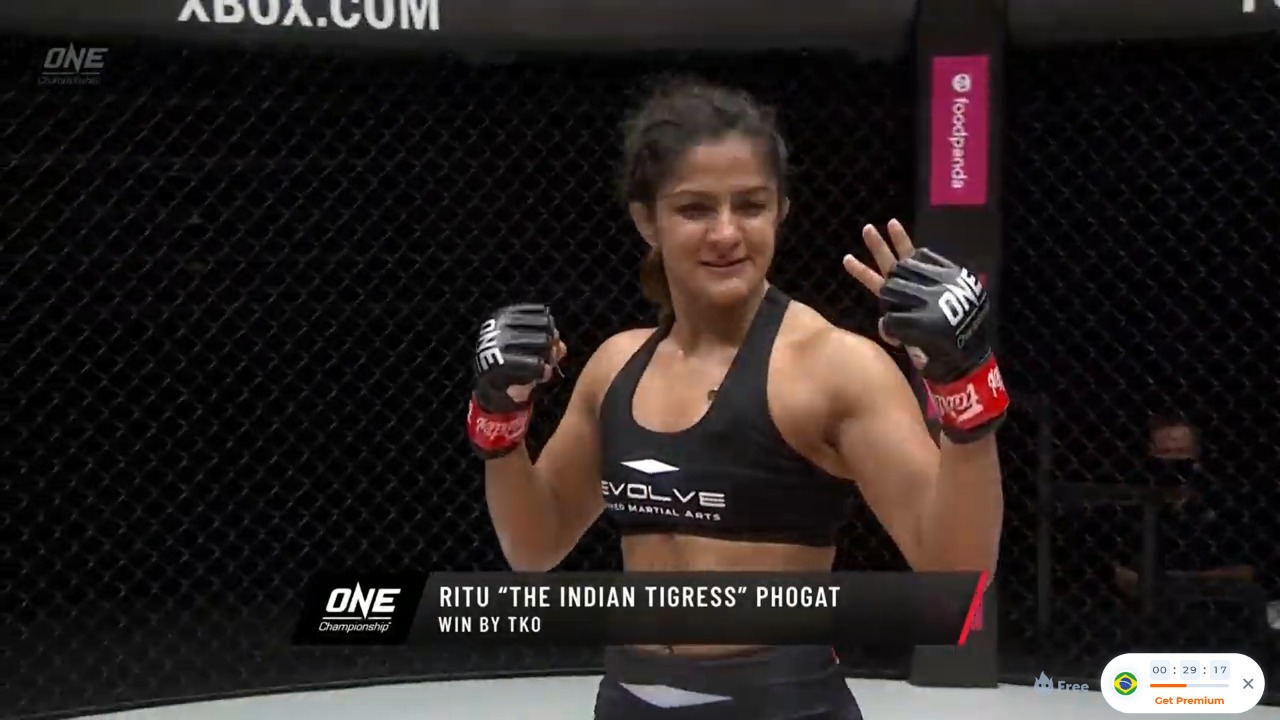 Indian MMA star Ritu Phogat produced a dominant performance as she took on Cambodia’s Nou Shrey Pov at ONE Championship: Inside the Matrix.

Check out the full Round-by-Round updates for Ritu Phogat vs Nou Shrey Pov:

ROUND 1: Ritu Phogat starts the fight by chasing Nou and the Cambodian manages to land some jabs and counter right cross but Phogat doesn’t seem fazed. Ritu shoots for a takedown and now she is trying to suck Nou’s legs in and now has managed to take the Cambodian down.

Nou is trying to break free, but Ritu is sinking her hips and lands couple of ground and pound. 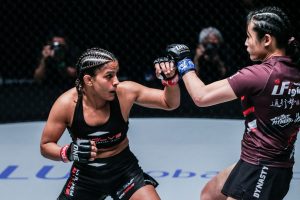 ROUND 2: Nou starts the round with back to back inside leg kicks, but Ritu lands a hard counter right. Nou is landing her kicks, but her face is battered from the punches. Ritu shoots for double leg takedown and successfully secures it. The Indian has now tucked the Cambodian’s leg and is landing some hard ground and pound.

The referee steps in to stop the fight. It’s all over. Ritu Phogat defeats Nou Shrey Pov via TKO in the second round.

Ritu has now improved her professional record to 3-0 and this win will give her a huge bump in rankings.