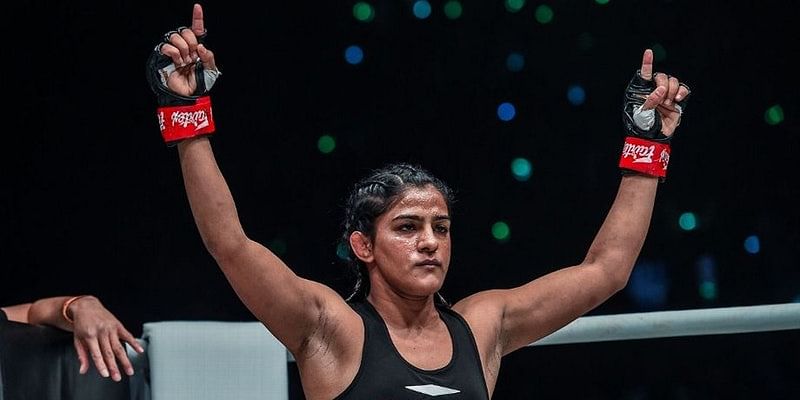 The show is helmed by entrepreneur and business mogul Chatri Sityodtong, who is the Founder, Chairman and CEO of ONE Championship. Contestants from around the world will compete in high-stakes challenges designed to test their limits, with the ultimate prize being a once-in-a-lifetime US$250,000 job at ONE Championship working under Sityodtong himself.

The Apprentice: ONE Championship Edition will feature 16 handpicked contestants from around the world to compete in a series of high-stakes challenges designed to test mind, body, and spirit. 12 superstar CEOs will serve as guest judges to determine the winner. 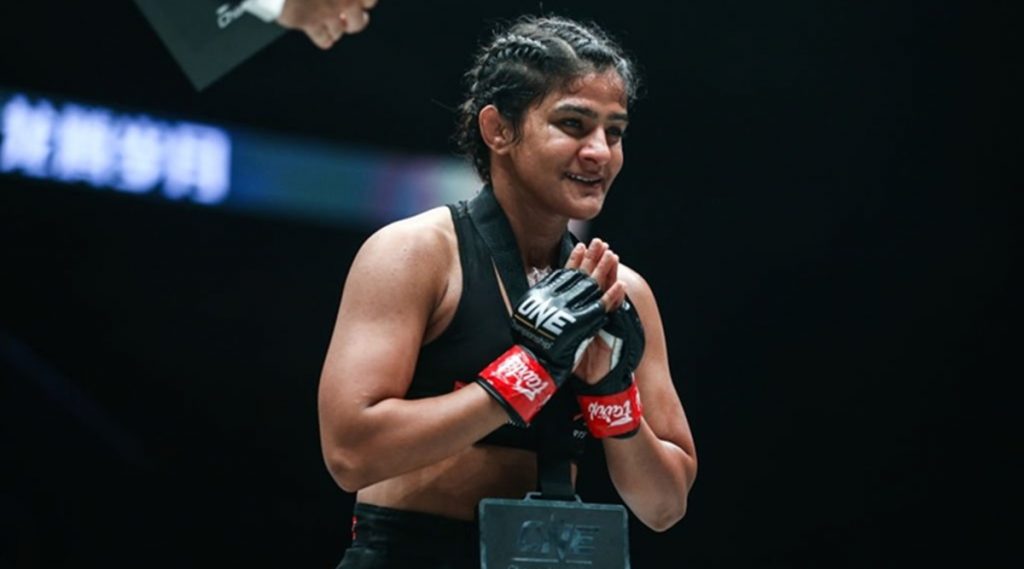 Along with Ritu Phogat, five other stars will also be a part of the show. One athlete is expected to guest star per episode and will participate in physical challenges that will test athletic ability and cardio endurance.

Ritu Phogat ‘honoured’ to be a part of The Apprentice

Ritu Phogat expressed her pleasure of being a part of the reality show. Ritu Phogat stated that she felt honoured and privileged to appear on the show with so many top leaders of the business world.

“It feels really good to be selected to guest star on The Apprentice: ONE Championship Edition. I feel honoured and privileged to appear on the show with so many top leaders of the business world. As an athlete, you are always part of a team, a team which consists of players, coaches, managers, doctors, and more, and everyone has their role and everyone helps each other to achieve common goals,” Ritu Phogat said.

“Similarly, in business, there are individuals with special skill sets and they come together and work together to achieve common and individual goals. It will be very interesting to observe, learn, and connect with my experience on The Apprentice. I’m also looking forward to participating in the physical challenges with the contestants!” Ritu Phogat concluded.

Chatri Sityodtong, Chairman and CEO of ONE Championship, stated: “I am excited to announce the ONE Championship athletes and World Champions ready to join me on The Apprentice: ONE Championship Edition as special guest stars. Our athletes at ONE Championship are the backbone of our organization. They are real-life, modern day heroes who inspire the world with their incredible stories. Their discipline and wisdom will inspire and mentor our contestants. It is my honor to star alongside these amazing human beings on the show.”

Brandon Vera, ONE Heavyweight World Champion, stated: “It’s a huge honor to be selected as a guest star on The Apprentice: ONE Championship Edition, one of the greatest shows ever. With Chatri [Sityodtong] leading the series, I know it’s going to be amazing. I’ve been dreaming of the possibilities and the many things I can learn from this experience. I’m really excited to be a part of the show and help in any way I can, especially in the physical endurance challenges. I get to go from the gym to the boardroom war tables, let’s make it happen!”

Angela Lee, ONE Women’s Atomweight World Champion, stated: “The Apprentice: ONE Championship Edition is a great opportunity to bring together two very different worlds — martial arts and business, and I’m excited to see how those two worlds unite. I’m honored to be able to share my experiences, my talents, and my presence on the show. Being the youngest mixed martial arts world champion in history, I know I have a lot to offer the contestants as far as experience, and work ethic goes, and I can’t wait to impart some of my knowledge that could help them in their journey. As far as physical challenges go, I am ready!”

Xiong Jing Nan, ONE Women’s Strawweight World Champion, stated: “I always love interacting with fans, and now I am honored to have a spot on The Apprentice: ONE Championship Edition. Whatever the challenges may be, whether they are athletic or business challenges, I’m up for it. Of course, I’m also open to learning as much as I can from Chatri, from the contestants, and from the many CEOs also appearing. Getting to share my experience as a World Champion, I can’t wait to get this started and offer what I can to the show. It’s a privilege to be selected among the athlete guest stars, and to be able to represent China globally on one of the biggest television shows in history is a dream come true.”

Demetrious Johnson, ONE Flyweight Grand Prix World Champion, stated: “The Apprentice is one of the biggest reality television franchises in history, and it is my absolute pleasure to appear on The Apprentice: ONE Championship Edition. I have no doubt ONE Championship will put a very interesting spin on the traditional format. I’m looking forward to participating in all sorts of challenges, from physical endurance challenges to business challenges.”

Sage Northcutt, ONE Athlete, stated: “I’m so excited to be on The Apprentice: ONE Championship Edition. While martial arts is a lot different from the business world, I’m sure there are also many similarities. I’m excited to appear on the show and learn from Mr. Chatri, a martial artist and an entrepreneur. I’m also looking forward to participating in the physical challenges! I’m super competitive and, as always, I’m going to give it my all. I’m thrilled to be able to help bring the world of martial arts and business together.”

Previous article
UFC News: Ben Askren opens up about one thing he wishes he did differently in his MMA career
Next article
Paige VanZant signs a four-fight deal with BKFC