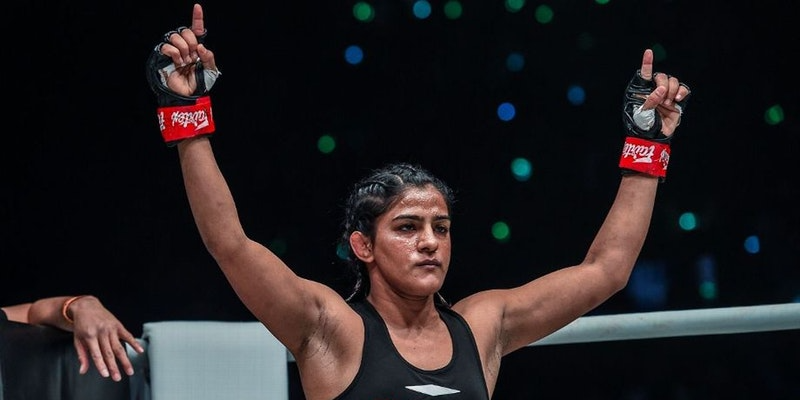 India has always been a major hub of mud pit wrestling and plenty of great mud pit wrestlers have transformed into legendary amateur wrestlers who compete on the mats. Some of the most famous amateur wrestlers who have also brought various laurels to the country are Sushil Kumar, Bajrang Punia, Yogeshwar Dutt and the Phogat sisters. The youngest Phogat sister, i.e. Ritu Phogat after conquering the world of wrestling had transitioned to MMA. Now she has outlined and set her goals for 2020 while gearing up for her 2nd professional fight. 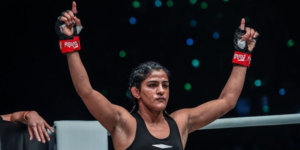 Phogat was recently in a conversation with the Indian newspaper Times of India. She revealed that she was well aware of the risks and rewards of the sport of MMA before making the transition to the sport. She also revealed that she has her eyes set on becoming India’s first MMA champion in 2020. Here’s what she had to say:

I know I still have a long way to go, but I’m willing to continue to put the work in until I reach my ultimate goal. My dream is to give India its first-ever Mixed Martial Arts world champion. As an athlete, I am open to meet any challenge head on. Working with the elite world champions at Evolve in Singapore has really cultivated my combat skills and transformed me into a complete fighter. Yes, definitely. My wrestling career has been a fantastic one but I wanted to do something new. When I decided to make the transition to MMA, I knew the risk and the rewards.

I knew the Olympics were scheduled for 2020, but I wanted to be a MMA champion, so when I got the opportunity, I did not let it go. Right now, I am focused on this. So let’s see what lies in the future.

Previous articleUFC News: Twitter goes into meltdown as alleged video of Conor McGregor sleeping on bed of unknown woman surfaces
Next articleUFC News: See which new technique Dominick Reyes learned while in the thick of battle with Jon Jones