Competition Aside, Ritu Phogat Relives The Challenges Of 2020 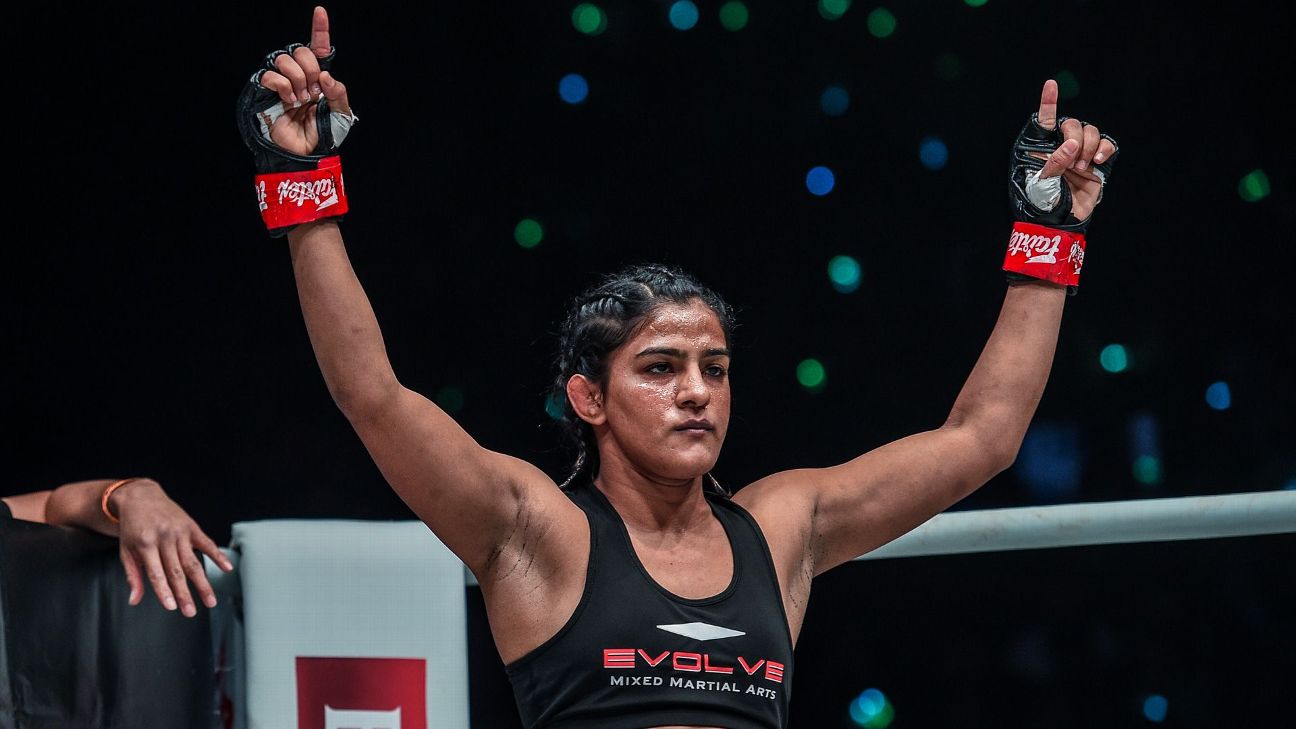 The previous year brought about much uncertainty for people all over the world, and ONE Championship atomweight contender Ritu Phogat was one of them.

She had to contend not only with her opponents but the COVID-19 pandemic that plagued much of the globe. 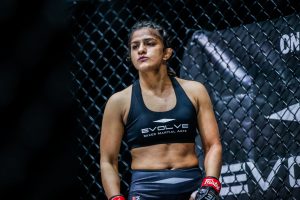 Despite the insecurity, Ritu Phogat walked away from 2020 with three new wins on her record, but more importantly, some new insight that will undoubtedly help her moving forward.

“Living in a foreign country away from my family and during the lockdown was really challenging for me. It was tougher than facing any opponent. I tried to be mentally strong to fight this,” Phogat said.

“The biggest thing that I missed was my sister’s wedding. I had made lots of plans for her wedding, but unfortunately, I could not attend her big day. As soon as things are back to normal, I would like to go back to India to visit my family.”

But Ritu Phogat didn’t spend the entire year without her family.

In fact, her parents flew to Singapore to watch her compete at ONE: KING OF THE JUNGLE in February, right before Southeast Asia went into lockdown because of COVID-19.

Phogat secured a unanimous decision win against Chinese Mixed Martial Arts Champion “Miss Red” Wu Chiao Chen on that night, but what made the win so special was that it had been her first time competing in front of her dad.

“It feels really great when your family supports you. My mother and father coming down to Singapore to watch my match live was a memorable experience. Before this, my father had never watched any of my wrestling matches live. This was the first time that he was present,” Ritu Phogat said.

After securing that win, Phogat went on to score two more victories: one over Nou Srey Pov and the other over Jomary “The Zamboanginian Fighter” Torres.

It’s fair to say, then, that “The Indian Tigress” had a more challenging time competing with what was happening outside of the ONE Circle.

“The year 2020 taught me that we have to be mentally strong. Whatever the circumstances may be, we should not lose hope and we should never back down,” she said.

With that said, Phogat now looks to carry her success into the new year, where she aims to compete for one of the biggest accolades in the sport – but that’s if she gets the invite.

“My goal for 2021 is to be part of the ONE Atomweight World Grand Prix. When [the matchmakers] announce the eight names for the tournament, I hope my name is among them,” Ritu Phogat said.

“My coach and I are working hard every day, and I am steadily improving my skills. I’ll be taking part in every match to remain undefeated, and I wish that my [perfect] record is never broken.”

Download the ONE Super App to keep up with all the latest action from ONE Championship.