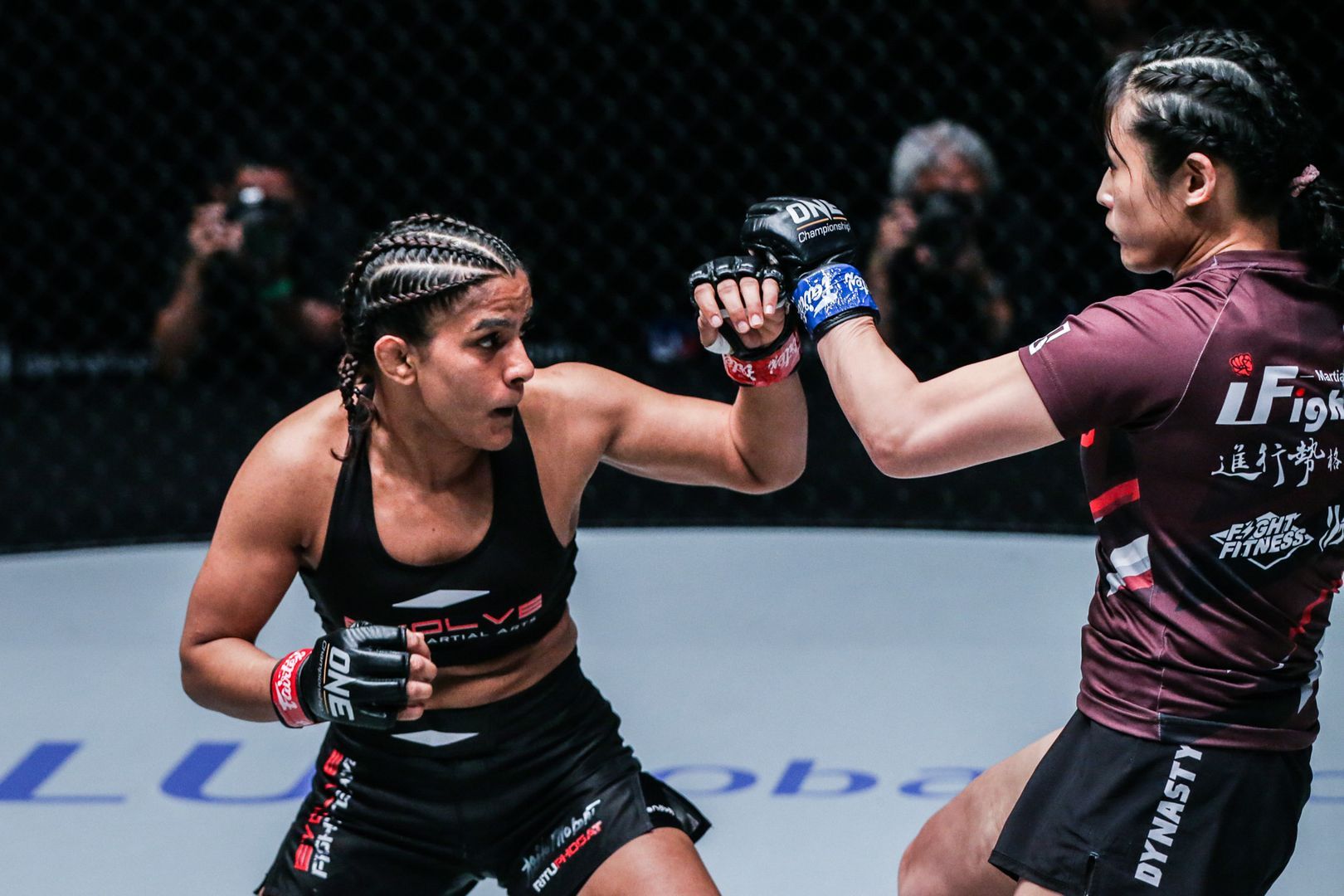 Ritu Phogat will have a lot on the line when she steps into the Circle against Nou Srey Pov at ONE: INSIDE THE MATRIX this Friday at the Singapore Indoor Stadium.

Aside from keeping her flawless record intact, Phogat knows that a victory would be pivotal in her quest to one day reach the top of the atomweight division. 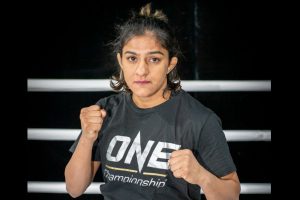 “My target is to get selected as one of the eight contenders for the ONE Atomweight World Grand Prix,” the 26-year-old said.

But the Indian wrestling sensation can’t get ahead of herself. First, she’ll need to get past a Kun Khmer World Champion in Srey Pov, who might be the most dangerous striker she’s ever faced.

“She is a very good athlete,” Phogat said.

“She has won lots of matches in her career, and I respect her for that. Our match is going to be amazing. I am sure that she will give me a tough match, and I am ready for it. I have worked really hard. I will give 110 percent in the Circle.”

There’s no doubt that “The Indian Tigress” will have the greatest advantage over Srey Pov on the canvas.

But even if she finds herself going toe-to-toe with the Cambodian, Phogat believes she is well-prepared after spending a great deal of time developing her striking arsenal.

“I think her biggest weakness is her ground game, which is my strength. She has a strong striking game, and I am ready for it. My coach and my team have made a game plan to counter it,” Phogat said.

“I want to showcase my striking instead of my ground game this time. I’ve worked hard on my striking during the lockdown. I want to win this match by knockout.”

With that said, the Commonwealth Wrestling Championships gold medalist isn’t just aiming to score a knockout. She’s hoping the KO comes early in Friday’s bout and makes a statement that she can challenge for the ONE Women’s Atomweight World Title.

“I would want to win this match in the first round by knockout,” Phogat said.

“Every win is important to me because I have put in lots of hard work. This would help me in reaching my goal. I just want to say that I want to win this match and take one step toward my goal.”

The Indian knows that without the support of her fans, she wouldn’t be where she is today. And after plenty of anticipation, she’s hoping that many of her compatriots will witness Friday’s thrilling matchup.

“I know my fans were waiting for my match for a long time. I’m as excited as they are. I want to say that the wait is over,” Phogat said.

“I have worked hard for this, and now it’s your turn to show your love and support me. Please watch the match because I will not disappoint you.”