Ritu Phogat will fight Cambodia’s Nou Srey Pov at ONE: INSIDE THE MATRIX on October 30 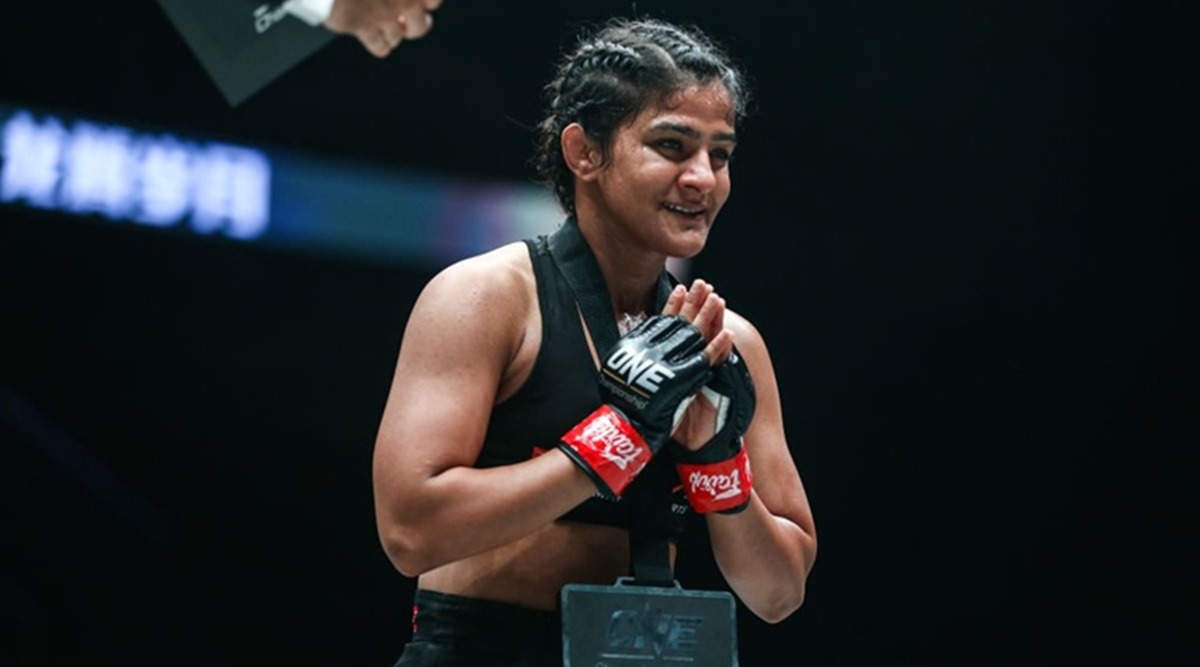 Indian wrestler-turned-MMA fighter Ritu Phogat will take on Cambodia’s Nou Srey Pov in ONE: INSIDE THE MATRIX on October 30 in Singapore. 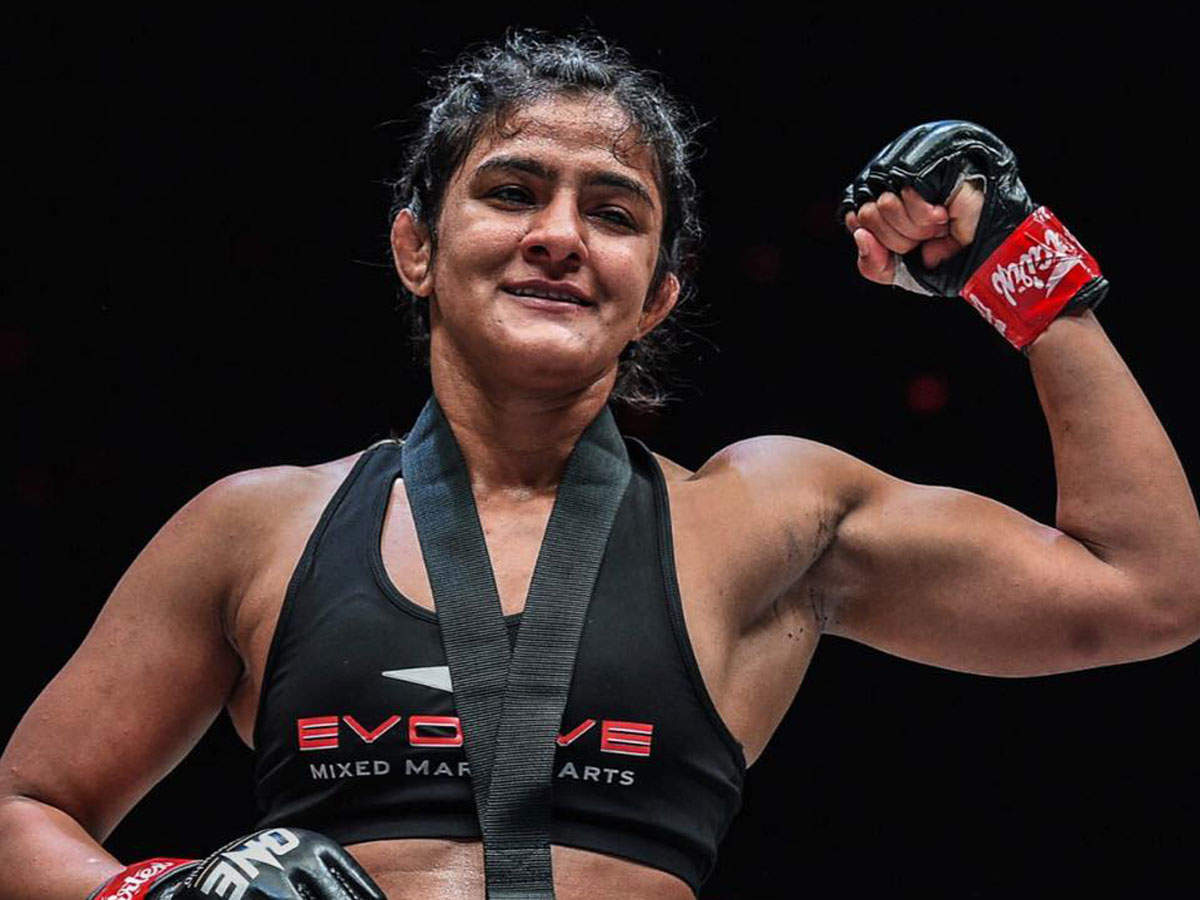 On Tuesday, ONE Championship announced that ONE: INSIDE THE MATRIX will be broadcasted live on October 30 from Singapore Indoor Stadium. It will feature four world title bouts and a total of six match-ups later this month.

“It has been an exhilarating prelude to the event because I’ve been away from my family ever since the lockdown has begun. I want to do this for my country and show the rest of the world that India is a powerhouse of MMA talent. We must have begun late, but we’ve made the wait count,” Phogat said.

The final World Championship showdown will feature reigning Strawweight World Champion Xiong Jin Nan of China making her return to the ONE Circle to take on former ONE World Title Challenger, Tiffany Teo of Singapore.

Two-time former ONE Lightweight World Champion Eduard Folayang of the Philippines will step back inside the ONE Circle to face Australia’s, Antonio Caruso. 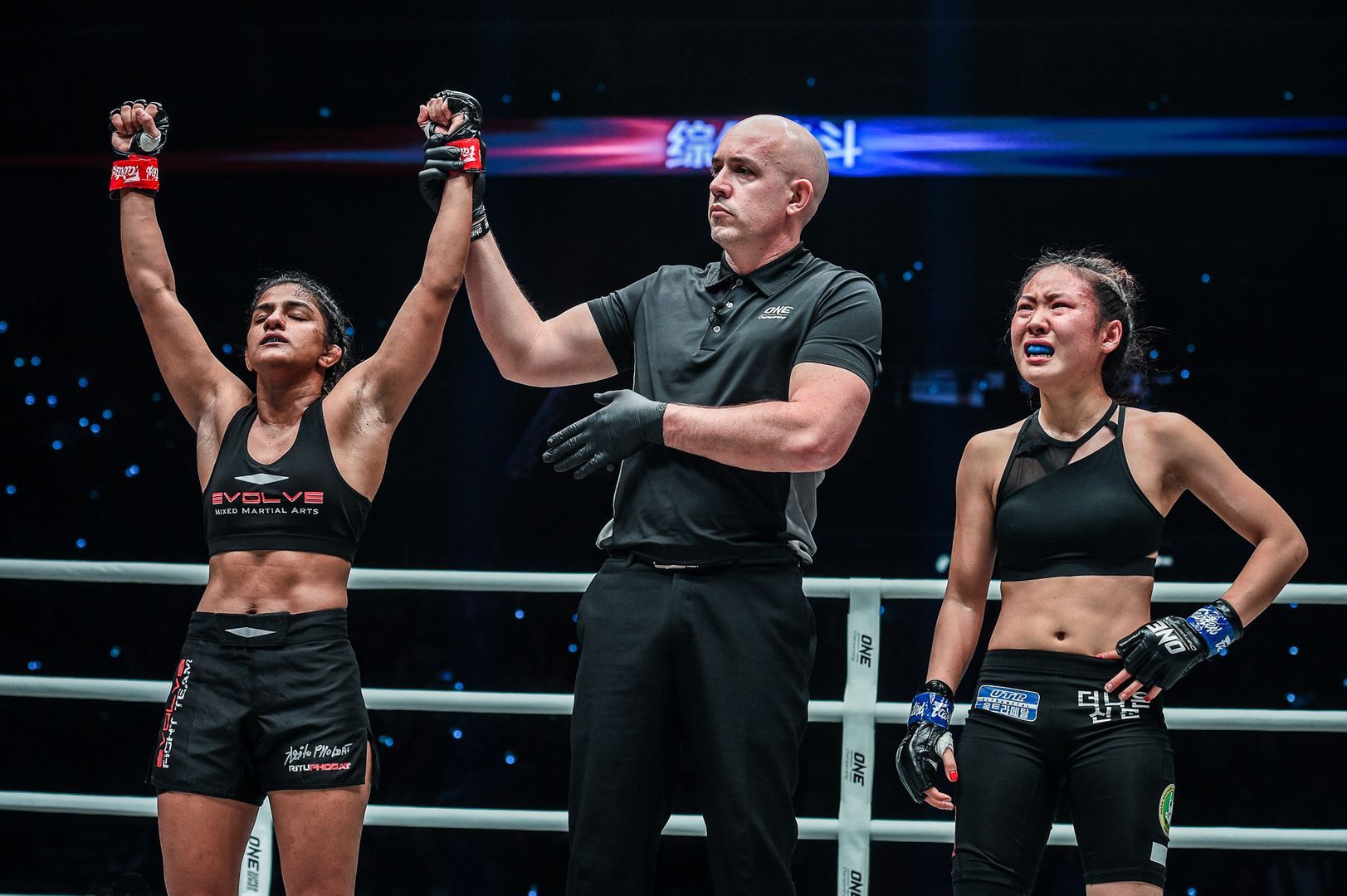 For someone who comes from a family of celebrated wrestlers, it was a big decision for Indian world wrestling champion Ritu Phogat to make a career in another combat sport that of Mixed Martial Arts or MMA. After more than a year of MMA training at Evolve MMA, Phogat is all set to join ‘The Apprentice: ONE Championship Edition’, a take on the popular non-scripted reality TV program.

“I have been a wrestler all my life, but I was also interested and curious about MMA. I used to watch it but didn’t know how I could do it, or where to train, etc. I also always wondered why there aren’t any Indian world champions in MMA,” the 26-year-old told indianexpress.com.

As part of the MMA’s six-days-a-week training, she has now learned Muay Thai, BJJ or Brazilian Jiu-Jitsu, and boxing. “I was learning these for the first time and my coaches here helped me a lot. Finally, in November 2019, I was ready for my MMA debut and it was a special one for me. Wrestling played an important role in my transformation to MMA. Today, I am trying to improve every day,” she said, adding, her favorite technique is the ‘takedown’.

Excited to be part of the reality TV show that is set to premiere early 2021, Phogat said: “The show is all about the business world, but values of sports apply very much in the business world as well. It’s all about teamwork, focus, dedication, competition, etc. It would be fun to be on it. It will be a learning experience for me as well.”

Back in February of last year, Phogat had signed for the popular Asian MMA promotion ONE Championship. She made her professional MMA debut last November at ONE Championship: Age of Dragons against Kim Nam Hee. In February this year, she made extended her MMA record to 2-0 in dominant fashion against Wu Chiao Chen of China at the ONE: King of the Jungle in Singapore. In this fight, Ritu Phogat showed her elite ground game and dominated her opponent over three rounds.

The entire Indian MMA circuit is now waiting for Ritu’s next fight and wishes her good luck.