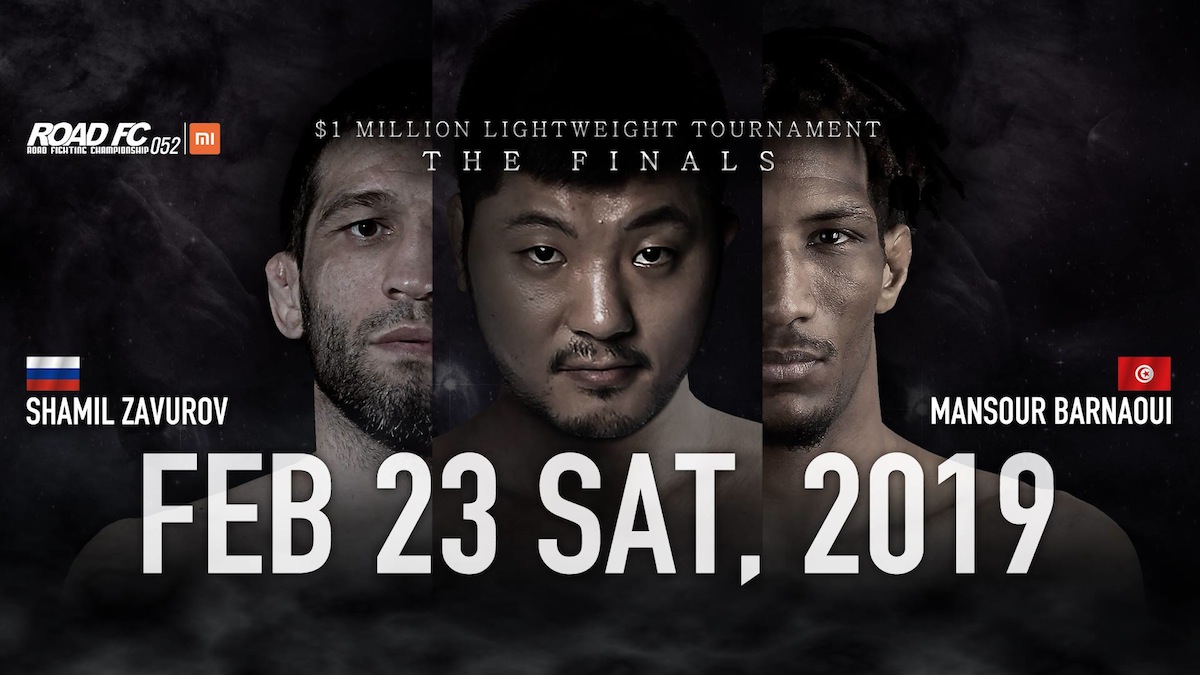 After three regional trials and an international trial start up, sixteen fighters made it to the opening round of the ROAD FC $1 Million Lightweight Tournament: Road to A-Sol. Champions and elite fighters from all across the globe made up the field. Out of more than 40 contestants, the finalists came down to two men at ROAD FC 046: Shamil Zavurov and Mansour Barnaoui.

Shamil Zavurov (35-5-1, Akhmat Fight Club) is the Octagon FS Champion. In the Tournament, he defeated Kim Wong-Gi, Leo Kuntz, and Khuukhenkhuu Amartuvshin all by decision. In the semifinals, he went the distance with Ronys Torres, showing superb tactics and brutal kicks for a Unanimous Decision win. Zavurov has relentless takedowns and grueling wrestling, plus his striking acumen was revealed against Torres. 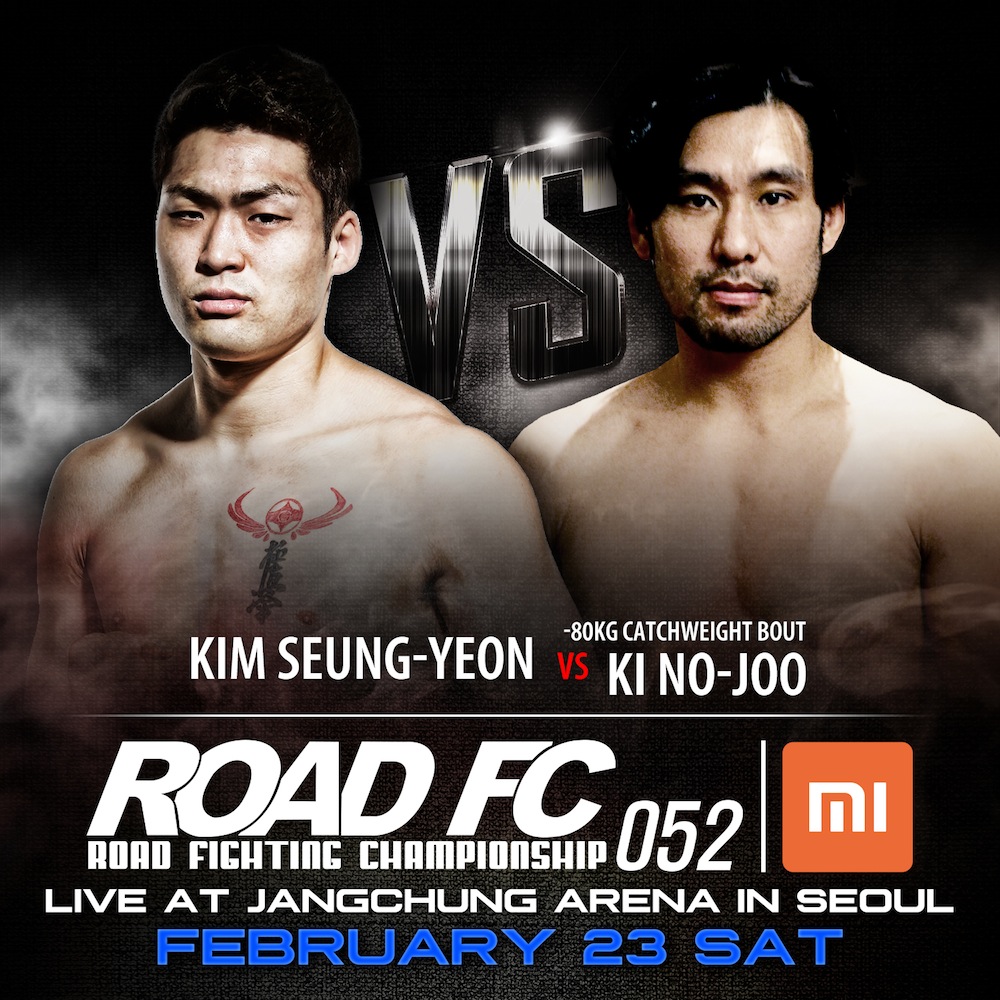 Mansour Barnaoui (17-4, Team Magnum) is the former M-1 and BAMMA Champion. He has first round submissions over Ki Won-Bin, Kim Chang-Hyun, and Nandin-Erdene in the Tournament. In the semifinals, he went into the third round in a highlight reel-worthy match with Kota Shimoishi, and finished him with a rear naked choke. Barnaoui is a young phenom with excellent timing and flawless grappling, who has proven he can finish or deliver non-stop punishment through the later rounds.

Two of the best lightweights in the world, Shamil Zavurov and Mansour Barnaoui, come together in the final match of the $1 Million Tournament, with the ROAD FC Lightweight Championship challenge against Kwon A-Sol quickly on the horizon for the winner.

Two more fights are announced for ROAD FC 052. An 80kg Catchweight match will continue the battle of reality MMA TV stars, as “Crying Fist” winner Kim Seung-Yeon (3-2, Free) takes on “Fearless Guys” runner up Ki No-Joo (2-1, BNM Multi Gym). Kim’s professional record saw him rebound from losses with a second round TKO over Alexander Merezhko. Ki was highly regarded on “Fearless Guys”, but in the finale against Jeon Chang-Geun he unfortunately broke his hand. Fans can expect a blistering performance in this match.

At lightweight, fan favorite Bruno Miranda (11-3, Tiger Muay Thai) returns to face Taekwondo Master Hong Young-Ki (5-4, Road Gym). Miranda is coming off two wins: a TKO of Ki Won-Bin and a brutal beat down of sanda champion Baoshe Riguleng. Hong is also coming in with back to back wins over Eon Tae-Woong via surprising armbar and a decision victory against Koji Nakamura. These strikers with grappling ability are both on the upswing, so expect to see a thrilling show of Miranda’s vicious Muay Thai against Hong’s brilliant Taekwondo. 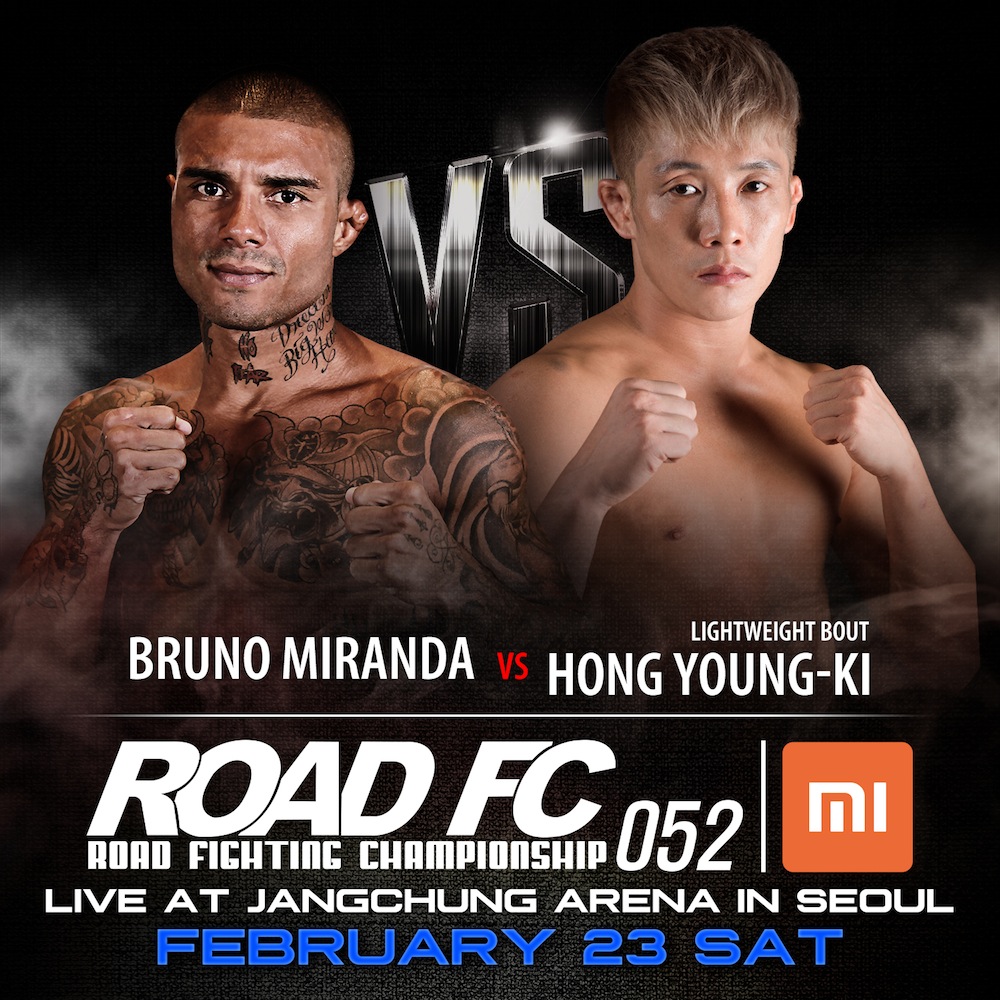