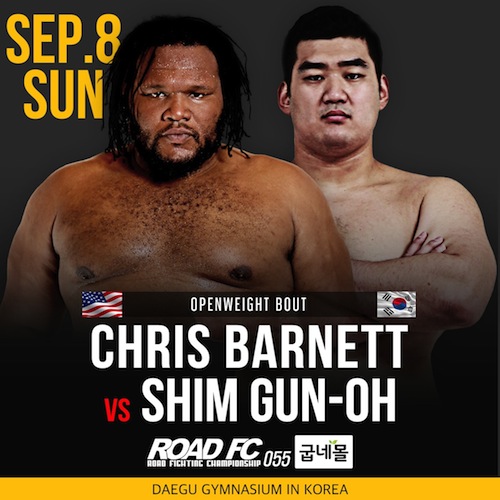 In an openweight smasher, the exciting Chris “Beast Boy” Barnett (18-6, Barnett Taekwondo Academy) returns to ROAD FC in a rematch versus Shim Gun-Oh (5-3-0-1, Kim Dae Hwan MMA). Barnett brings Taekwondo kicking skills into the cage against Shim’s powerful wrestling. Two years ago at ROAD FC 045, Barnett finished Shim with a spinning back kick, but Shim has won two matches back to back and is adamant that he keep that momentum going. 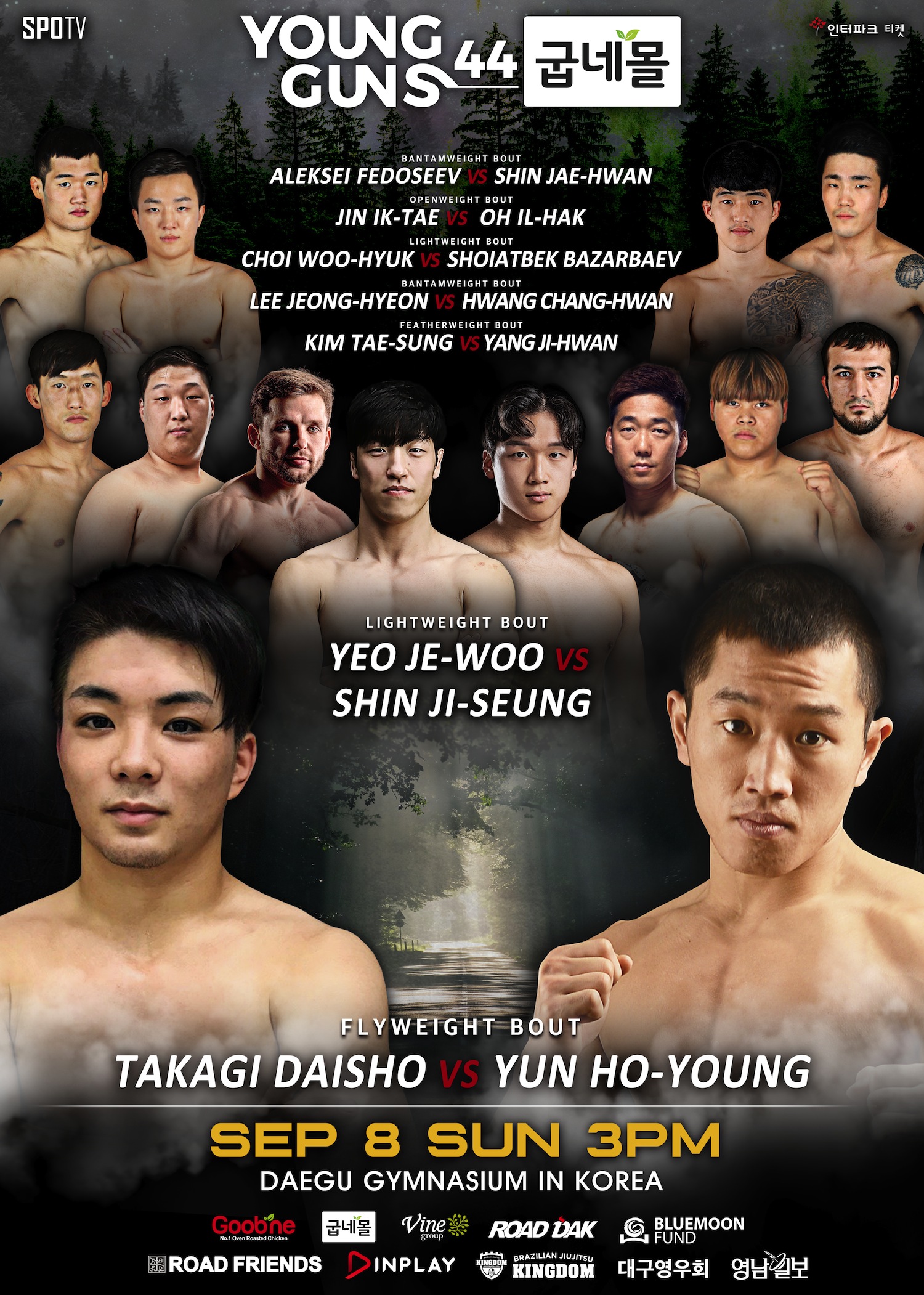 A banger of a fan favorite match is set between boxer Nandin-Erdene and Taekwondo master Hong Young-Ki. Both fighters almost never go to decision, so fans can expect a truly action-packed fight. Hong Yun-Ha will welcome teenage sensation Kim Kyo-Lin to her first professional match at 53kgs. The flyweight division will play host to a Korea vs Russia match as Jeong Won-Hee meets Emil Abbasov. The welterweight division continues to heat up with the pairing of Jeong Yun-Jae and Lee Hyung-Seok.

The sport of MMA is booming in Asia; since 2010, ROAD Fighting Championship has been at the forefront of the incredible growth. In this new era of Mixed Martial Arts, ROAD is committed to creating more opportunities for all fighters in growth, experience, and support. The amateur and semi-pro Central and Into Leagues provide a structured, safe, and competitive atmosphere for beginning fighters. The Young Guns undercard series brings these up and coming fighters into the spotlight as professionals.

Previous articleDEMETRIOUS JOHNSON AND EDDIE ALVAREZ EXCITED TO COMPETE IN MANILA
Next articleMichael Chiesa’s one demand before next UFC fight: a ranked opponent!