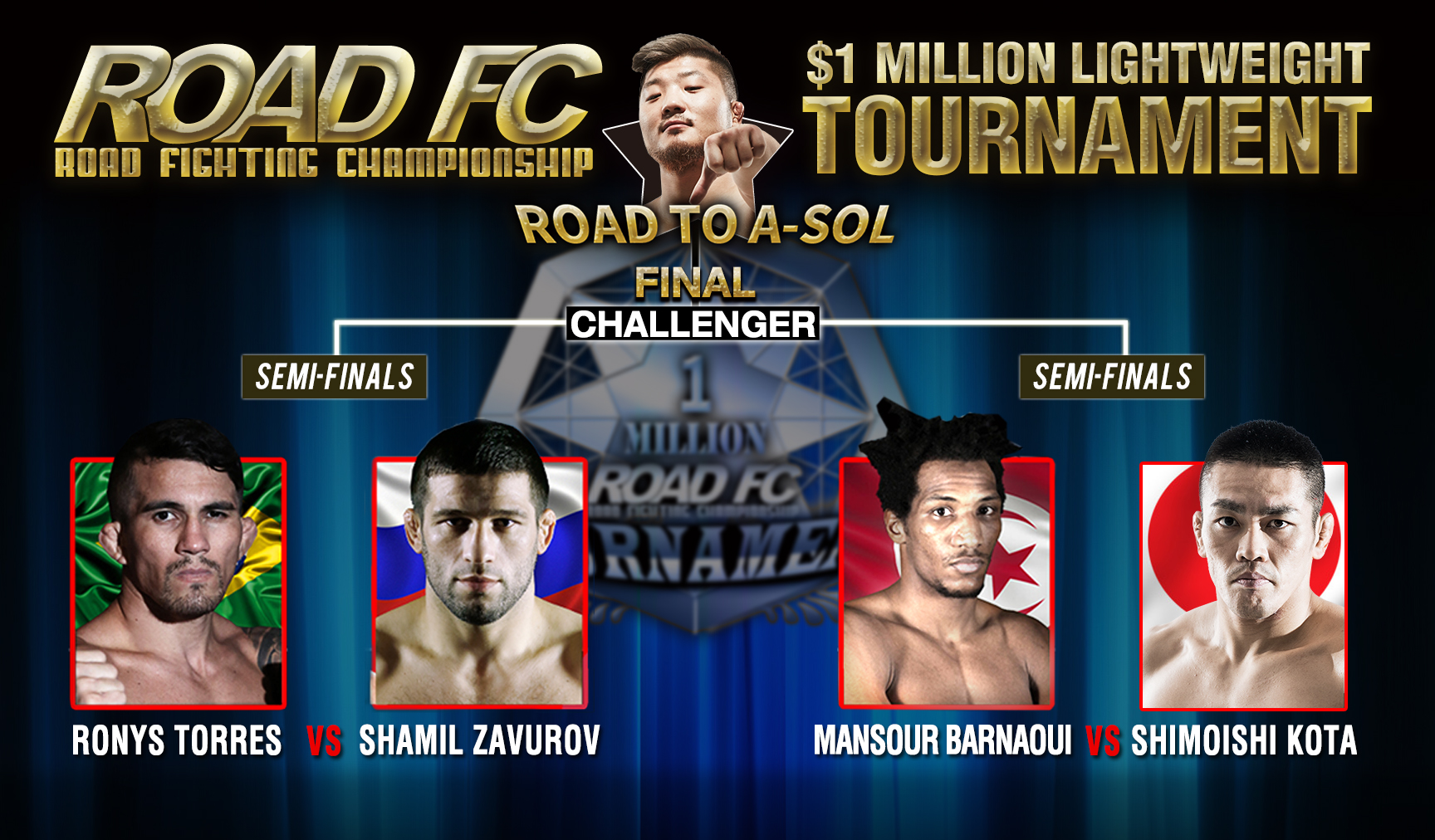 November 14, 2017 – Xiaomi ROAD FC 044 took place on November 11, 2017 at the Hebei Gymnasium in Shijiazhuang, China. The event aired liv on CCTV5 in China, MBC Sports+ in South Korea, Abema in Japan, MNB in Mongolia, SportsFix in Southeast Asia, and YouTube around the world.

On CCTV5, ROAD FC 044 live achieved third in the ratings with a 4.88% share, the historic high for ROAD Fighting Championship!

The quarterfinals for the ROAD FC $1 Million Lightweight Tournament were held between the eight fighters who made it through 4 separate international trials comprising over 40 contestants, and the 16-man opening round.

Brazil’s number one-ranked Ronys Torres wasted no time taking phenom striker Tom Santos into his forte of the grappling realm. He locked on an armbar and ended the fight in the first round.

Following the original brackets as designated from the blind draw after the opening round, Ronys Torres and Shamil Zavurov will meet each other in the semifinals. Torres’ jiujitsu and Zavurov’s wrestling are examples of the best grappling in the global lightweight division. This match will be an incredible display of top talent.

Former M-1 and BAMMA Champ Mansour Barnaoui dealt with Mongolian National Boxing Champ Nandin-Erdene’s power punches by using the clinch, then putting the fight on the ground where he got a choke from behind in just two minutes.

Japan Trials winner Shimoishi Kota spoiled China Trials winner Baoyincang’s homecoming with superior wrestling and control on the ground. Bao had no defense and tapped out to an armbar in the second round.

The second of the two semifinals matches will be Mansour Barnaoui versus Shimoishi Kota. Barnaoui has proven that he is world-class in both his striking and ground skills, while Shimoishi has shown he can throw bombs and smother his opponents on the ground. Young phenom versus wizened grinder sets an exciting atmosphere for this unpredictable match.

These four impressive fighters have made it one step closer to winning the historic ROAD FC $1 Million Lightweight Tournament, and the chance to face ROAD FC Lightweight Champion Kwon A-Sol for the all the glory and the belt.