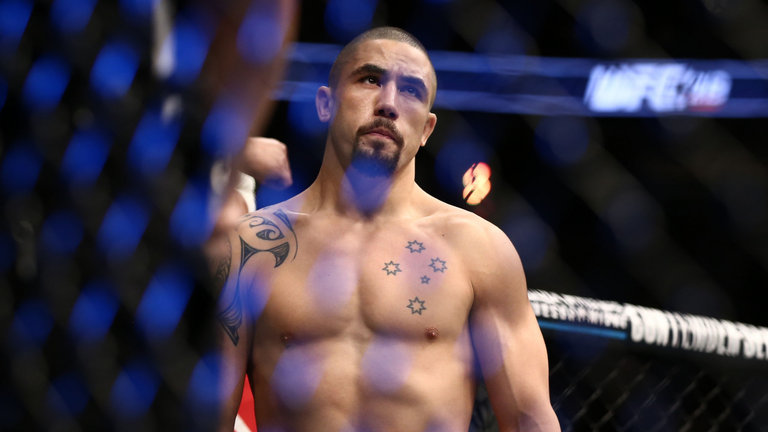 Ben Askren feels his victory at UFC 235 was justified: Choke was sunk in; nowhere for Lawler to go!

Former UFC middleweight champion, Robert Whittaker, has sent a message from his hospital bed in regards to the shameful UFC 234 incident. Whittaker was deemed unfit to compete by doctors after suffering from a rather untimely collapsed bowel. UFC 234 featured a main event championship matchup between then-middleweight contender, Kelvin Gastelum, and Robert Whittaker. The pair were scheduled to face-off at the Rod Laver Arena in Melbourne, Australia, before the unfortunate episode.

On the night before UFC 234, Robert Whittaker experienced distress in his bowel and was rushed immediately to the hospital for surgery. According to the official addressing given by the UFC, Whittaker suffered from a ‘severe abdominal injury.’ After a three-hour-long surgical procedure, Robert Whittaker sent a message to his friends, fans, and family, briefing them about the case.

As a result of Whittaker’s injury and last minute pull-out, Kelvin Gastelum was pronounced by the UFC as the middleweight champion. Following the cancellation of the bout, the co-main event at UFC 234 between Israel Adesanya and Anderson Silva, was pushed to being the main event. Robert Whittaker’s return to the Octagon is out for speculation, but a rehabilitation period of four-to-six weeks has been suggested by Dana White. Meanwhile, the next in line for the championship is Stylebender-Israel Adesanya, and a super fight against Kelvin Gastelum for the title is seemingly around the block.