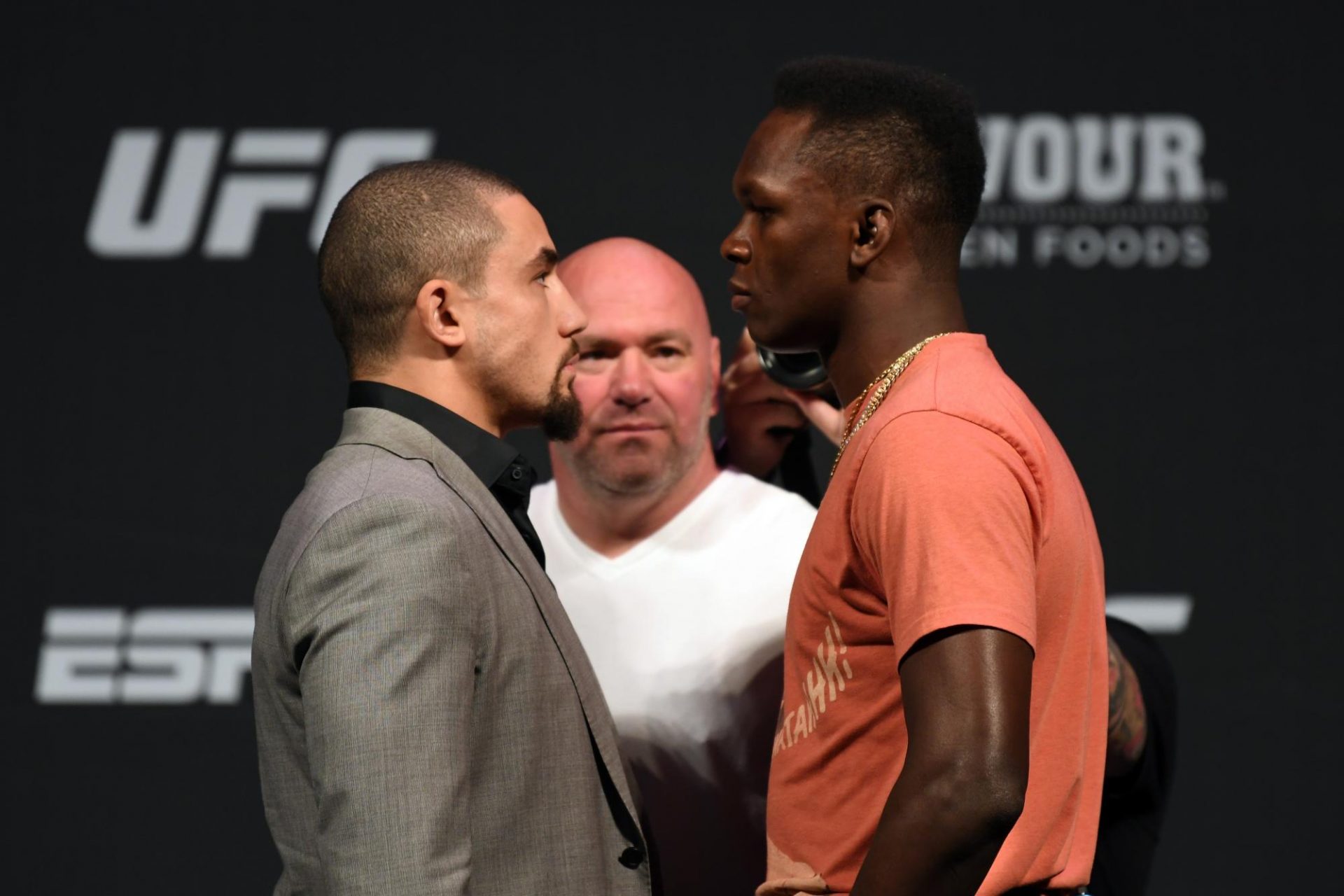 Robert Whittaker says he is confused because of Dana White’s recent statements regarding the Israel Adesanya rematch. 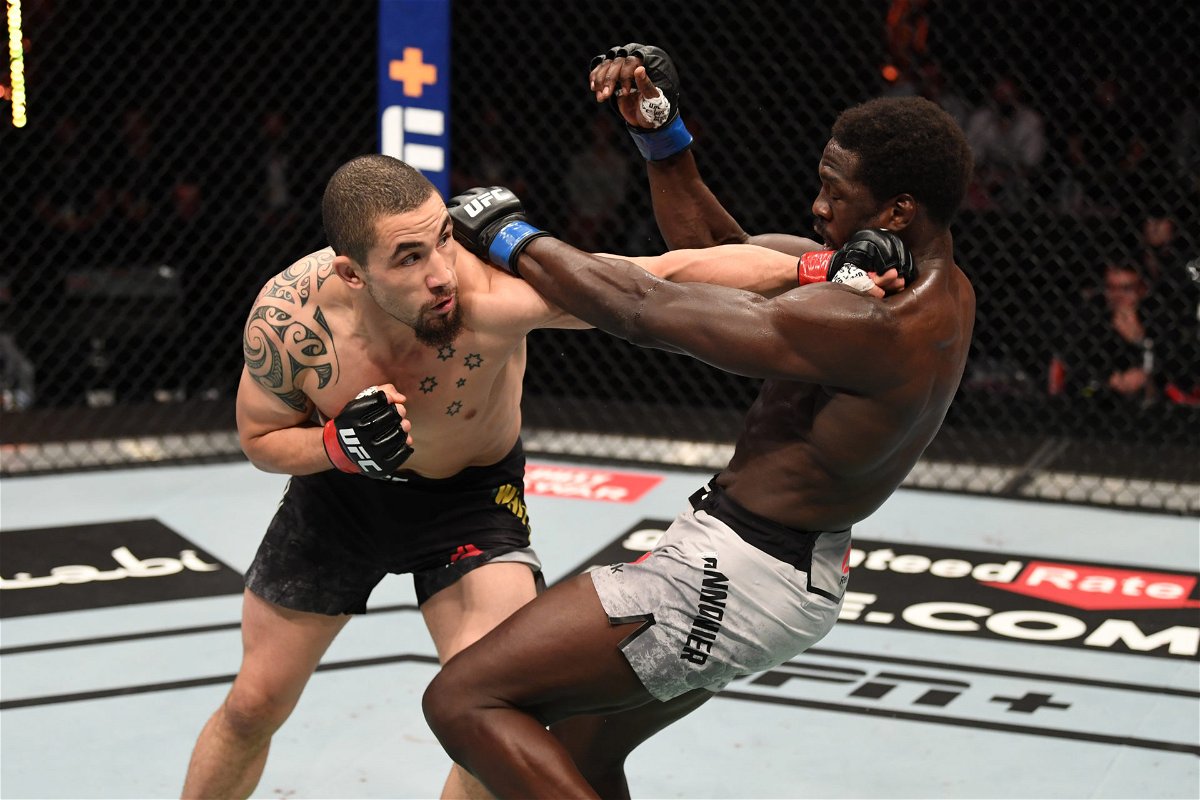 Robert Whittaker was thrown off guard by UFC president Dana White’s statement that he didn’t want a rematch with Israel Adesanya. Just one week after White said Whittaker (22-5 MMA, 13-3 UFC) vs. Adesanya (20-0 MMA, 9-0 UFC) was a “very appealing” fight, he changed course and announced the reigning middleweight champ would instead be moving up to light heavyweight for a super fight against titleholder Jan Blachowicz.

According to White, he looked into the champion-vs.-champion fight because of Whittaker’s lack of interest in a rematch with Adesanya.

“I was like, ‘I’m going to have to sit down with this kid (Adesanya) and convince him on why he needs to fight Whittaker,’” White told reporters after UFC on ESPN+ 39 this past weekend. “Whittaker comes out and says he doesn’t want to fight him – craziest (expletive) I’ve ever seen. … I thought Whittaker deserved the shot and Whittaker doesn’t want it, so yeah, we’ll let (Adesanya move up).”

Robert Whittaker is one of the best middleweights in the world. The former champion has faced some of the very best at 185 pounds and has more often than not come out on top. ‘The Reaper’ most recently won his fight against Jared Cannonier via unanimous decision. Whittaker has now won back-to-back fights against Cannonier and Darren Till since he dropped the 185-pound title to Adesanya at UFC 243 in October 2019. In that fight, he was dropped twice and lost by second-round TKO.

Since then, Robert has spoken openly about his struggles with mental health and being burnt out by the demands that come with being an elite UFC fighter. Nine months after the loss to Adesanya, Whittaker returned at a Fight Island show in July to defeat Darren Till by unanimous decision. With the win over Cannonier, he has now won 11 of his last 12 fights.

Whittaker said White seemingly took his comments the wrong way and made it clear he very much wants to share the octagon with Adesanya again – be it at 185 or 205 pounds.

“I certainly think he took a little twist to what I said,” he told MMA Junkie on Monday. “I never said I don’t want to fight Izzy. That’s not something I said. I did not say that. I’m looking to fight March, April next year. I would like to fight Izzy. If Izzy’s moving up to fight Jan, then I’ll move up and fight him there if he gets the win. I want that fight. I do want that fight. We just had to work it into that timeline.

“I have no control over what the UFC’s going to do or what Izzy’s going to do, but whether he’s here at middleweight or up at light heavyweight, I’ll take the fight him.”

He said he wasn’t necessarily shocked by the UFC putting Adesanya vs. Blachowicz together, but his exclusion in the process of getting there is what has thrown Robert for a loop.

“They never reached out to me – not once,” he said. “It wasn’t so much of a twist of Izzy fighting Jan. I can see why they would want to do that, why Izzy would want to do that, why the UFC would want it. I can see that happening. It’s more the twist or how he took my words. Either he misinterpreted it or twisted it a little bit. That one took me for a little bit of a ride. But like I said, my timeline stands. That is the fight that I’ve earned.”

Whittaker clarified he’s not explicitly upset with the UFC or White. He doesn’t think the timeline of how things played out was fair to his position, but Whittaker said he knows what’s done is done.

“With the twist on words a little bit, it was confusing,” Whittaker said. “It was a little annoying, but it is what it is. Can’t change anything now. … It’s not something I can be upset about, because it is what it is. I’m more confused. That would be the biggest emotion I have right now – like, confused. I wish the open dialogue was there, I wish the communication was there because I’m pretty easy to work with. What’s been done has been done. My timeline stands, I’m going to look at fighting Izzy whether it’s at light heavyweight or middleweight, early next year. We’ll have to see how the dice roll.”

What do you guys think will be next for the Aussie Robert Whittaker?