UFC middleweight champion Robert Whittaker will defend his title against Kelvin Gastelum at UFC 234 on February 10, 2019, at Rod Laver Arena in Melbourne, Australia.

Whittaker, who last defeated Yoel Romero at UFC 225 in a non-title fight rematch, will look to officially defend his 185-pound title for the very first time.

Gastelum (15-3 MMA, 10-3 UFC) knocked out ex-champ Michael Bisping and outpointed Ronaldo “Jacare” Souza to get into title contention. Ex-champion Chris Weidman also was in the running, but it was Gastelum who won out. 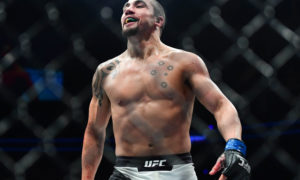 However, Whittaker revealed to submission radio that it was not true and there was some kind of miscommunication on his media comments.

“I do all sorts of media stuff,” Whittaker said. “I’ve never said no or turned down a media event unless it clashes hard with a session I cannot miss. So, it’s part of the job. I think it’s just gotta be a healthy balance.”

However, Robert Whittaker revealed that he is fine with doing all sorts of media work as long as the UFC tailors PR commitments around his training schedule.

“There’s a fine line,” Whittaker said. “I don’t know anything about running the company of UFC. That’s not my speciality. All I do know is that I need to train in order to win fights. UFC wants me to win fights. So if you want me to do PR, let’s work together, let’s work around it. Try to fit in around my times, please.”