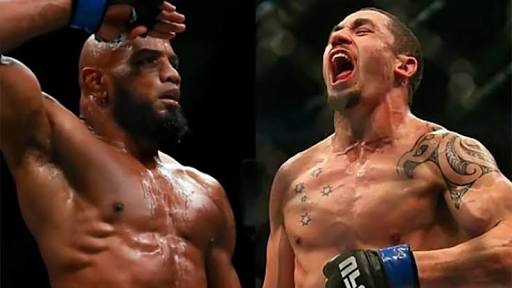 “He stood at perfect range for (Luke) Rockhold, he predicted all his strikes, all his combos. When Rockhold couldn’t kick – cause he always leads the kick, or tries to, doesn’t really set up his kicks too well – he’d check it. When Rockhold would work with his combos – no more than two or three – he’d block him. Then he’d just explode moving forward, landing punches, not overextending too much. Once [Romero] started realizing, ‘Oh okay, he’s not knocked out,’ he backed it up, took a breath, did absolutely nothing until he was ready to explode again. Genius or injured? Who knows. Yes, I was impressed. I was impressed with Romero’s confidence in Rockhold’s patterns. For Romero, for anyone to go in there and put in that sort of gameplan and that sort of show, he had undoubted confidence and prediction of what Rockhold was going to do. And Rockhold did it. That’s why he had that 70-percent striking defense, because Rockhold was doing everything that Romero knew he was going to do.”