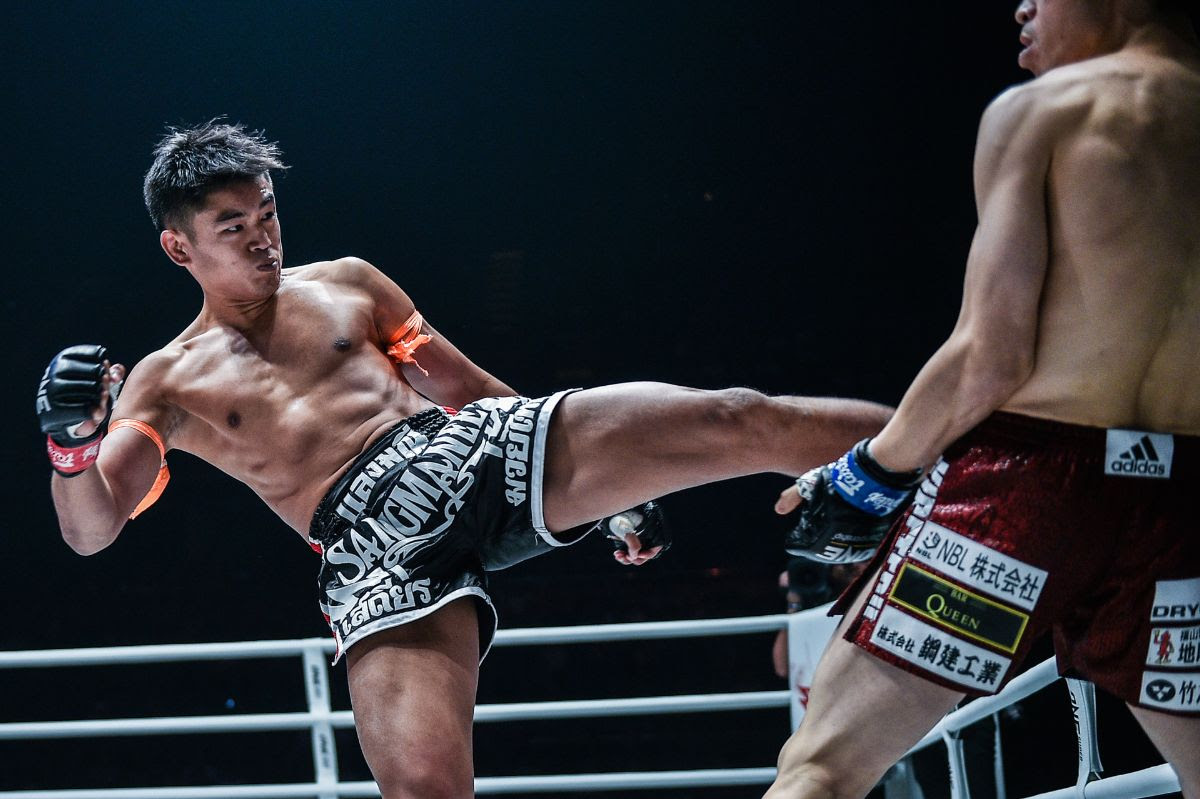 The largest global sports media property in Asian history, ONE Championship™ (ONE), put together another electric martial arts extravaganza at Bangkok’s sprawling IMPACT Arena last Friday night, 10 January. ONE: A NEW TOMORROW featured the absolute best in local and international martial arts talent, who all showcased their incredible skills inside the ONE Championship ring.

In the main event, Thailand’s own Rodtang “The Iron Man” Jitmuangnon put on a striking clinic, needing just three rounds to finish off former world champion Jonathan “The General” Haggerty of England to retain the ONE Flyweight Muay Thai World Championship. 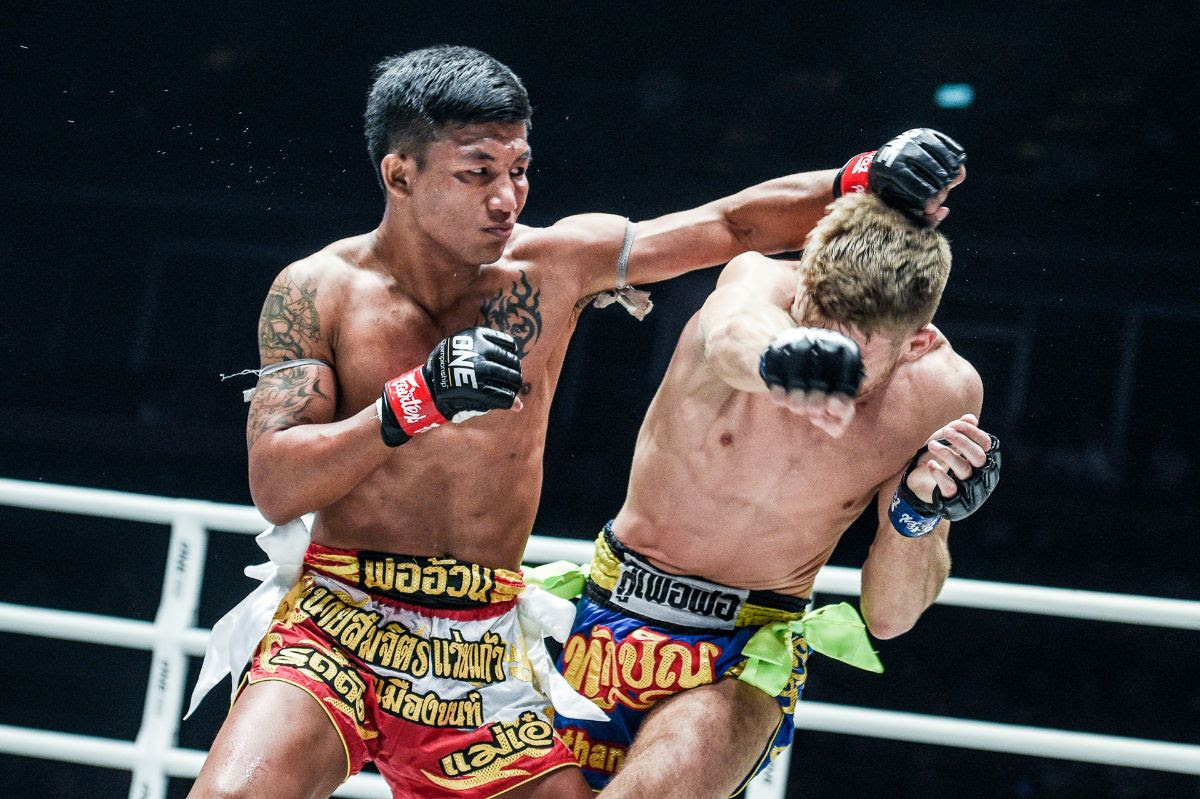 Rodtang closed the show in impressive fashion, stopping Haggerty via technical knockout behind staggering body shots and his usual forward aggressiveness. Rodtang set the tone early in the bout, landing a shot to the body that sent Haggerty down to the canvas in round one. Rodtang continued to put the pressure on Haggerty in the third round as the Thai star scored three consecutive knockdowns to put the challenger away and successfully defend his title.

In the co-main event, two-sport world champion Stamp Fairtex of Thailand remained perfect in her mixed martial arts career after defeating India’s Puja “The Cyclone” Tomar by first-round technical knockout. A botched takedown attempt from Tomar led to Stamp taking her back and eventually getting to back-mount. From there, Stamp began to punish Tomar with punches and elbows to get the stoppage victory and move one step closer to the ONE Women’s Atomweight World Championship. 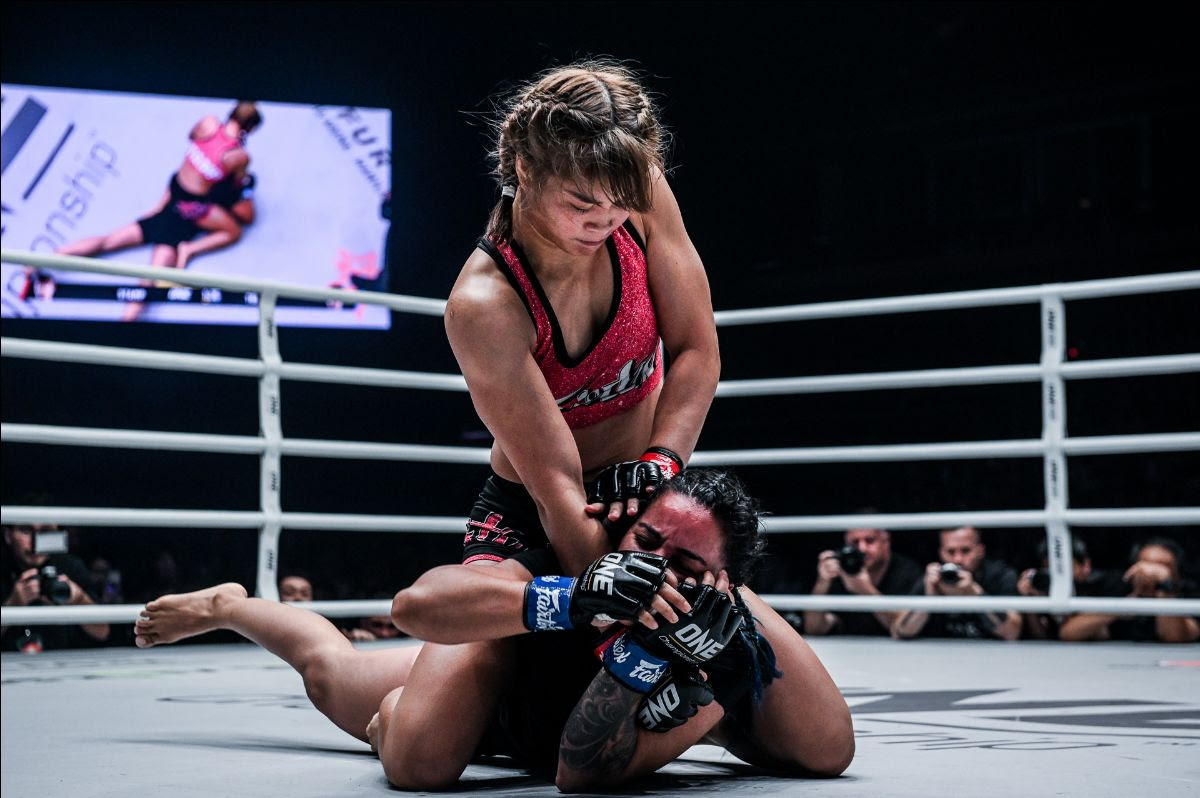 Thailand’s own “The Million Dollar Baby” Sangmanee Sathian Muaythai put on a kicking clinic as he punished Japan’s Kenta Yamada en route to a unanimous decision win in a ONE Super Series Muay Thai contest. From the opening bell, Sangmanee peppered Yamada with a barrage of kicks to the legs, body, and head. Yamada remained game and kept coming forward, but that did little to stop Sangmanee from unloading even more kicks, as the seven-time world champion cruised to a dominant decision victory in his home country.

Vietnamese-American Thanh Le continues to steamroll through the featherweight division after knocking out Japan’s Ryogo “Kaitai” Takahashi in the first round. Le connected on a thunderous right hand that dropped Takahashi and spelled the beginning of the end. Le, sensing a finish was within reach, turned up the aggression and swarmed on Takahashi, landing punches and knees to end the bout midway through the opening round.

England’s Liam “Hitman” Harrison opened the main card in spectacular fashion, scoring a first-round knockout win over Malaysia’s Mohammed “Jordan Boy” Bin Mahmoud in a Muay Thai bout. Harrison, an eight-time Muay Thai world champion, scored the first knockdown early in the first round after connecting on a well-placed left hook. Mohammed answered the count, but would be sent right back down moments later, courtesy of a succession of elbows from Harrison. “Hitman” then took “Jordan Boy” out with a flurry of punches that forced the referee to step in and end the bout.

In a ONE Super Series Muay Thai contest, three-time Muay Thai World Champion “The Elbow Zombie” Muangthai PK.Saenchaimuaythaigym put on a show in front of his hometown fans, eking out a split decision win over Algerian former ONE World Title challenger Brice “The Truck” Delval. Muangthai got off to a slow start but picked up steam in the second round, as he began to walk through Delval’s shots while landing punches and kicks of his own. Muangthai continued to push the action in the final round, coming forward and landing strikes as Delval tried to evade the contact. The continuous pressure was enough for Muangthai to earn the hard-fought unanimous decision.

Russian Hand-to-Hand Combat World Champion Raimond Magomedaliev impressed in his second appearance on the ONE Championship stage, dominating American newcomer and COGA Welterweight Champion Joey “Mama’s Boy” Pierotti. Pierotti was certainly a game challenger for the duration of the contest, however, Magomedaliev picked this evening to show off his impeccable striking. He sliced the American with a plethora of sharp elbows to start the bout. Pierotti tried to fall back on his wrestling, but Magomedaliev proved his ring savvy by avoiding a war on the mat with great takedown defense. Just under four minutes in, Magomedaliev swept Pierotti from underneath and then quickly sunk in the bout-ending guillotine choke.

In a ONE Super Series kickboxing bout, 2-time IFMA Muay Thai World Champion Adam Noi of Algeria delivered a thorough three-round performance, defeating Victor “Leo” Pinto of France by decision. Noi shocked Pinto in the first round, catching him with a question mark kick that put his opponent on the canvas. Pinto, however, beat the count and was back on his feet to end the frame. Action continued in the second round, with both men going back and forth with powerful combinations. The third round was again close, as the two warriors traded strikes at the center of the ONE Championship ring. Though Pinto showed great defense, Noi’s attacks were on point, enough for the judges to award him the unanimous nod.

ONE Warrior Series contract winner Shinechagtga Zoltsetseg of Mongolia made his ONE Championship main roster debut in spectacular fashion, knocking out top-rated Chinese featherweight “Cannon” Ma Jia Wen of China in under a minute. Shinechagtga was aggressive from the opening bell, actively seeking to finish with explosive striking combinations. At the 55-second mark, Shinechagtga caught Ma coming in, connecting on a thudding overhand right that turned the lights out on the Chinese athlete. Shinechagtga threw 29 total strikes, seven of which were significant strikes to the head.

In a ONE Super Series Muay Thai contest, ISKA and WBC World Champion Mehdi “Diamond Heart” Zatout of Algeria took on Top King Muay Thai World Champion and former ONE World Title challenger Han Zi Hao of China. Zatout was aggressive to start the bout, but Han was slightly more accurate with his shots. In the second round, Han started off strong, while Zatout came on late with a flurry. By the end of the frame, Han began to fall behind as Zatout picked up the pace. In a close final round, Zatout pulled away in the last minute with accurate combinations to earn a close split decision.

Japanese female strawweight Ayaka Miura continued her run of excellence with a dominant showing against Brazilian newcomer and Pan American Sanda Champion Maira Mazar. Miura, a 3rd degree Judo Black Belt, showcased her tremendous grappling skills early, scoring on a spectacular headlock takedown. On the mat, Miura went to her favorite scarfhold position to do damage. In the second round, another headlock takedown from Miura led to an Americana submission, which forced Mazar to tap.

Kicking off the action at ONE: A NEW TOMORROW were featherweights Roel Rosauro of the Philippines and “The Ice Man” Yohan Mulia Legowo of Indonesia. Rosauro, a Filipino national Muay Thai champion, put together a clinical display of striking for three rounds, tagging Legowo with punishing combinations to the head and midsection. Although Legowo would give Rosauro a good challenge, he was a step behind constantly throughout the bout. All three judges saw the bout in favor of the Filipino to win by unanimous decision.

Previous articleWatch: Jon Jones, Max Holloway, Kamaru Usman and other fighters pick Conor McGregor vs Cowboy Cerrone
Next articleDemetrious Johnson will fight for the ONE Championship belt in April 2020