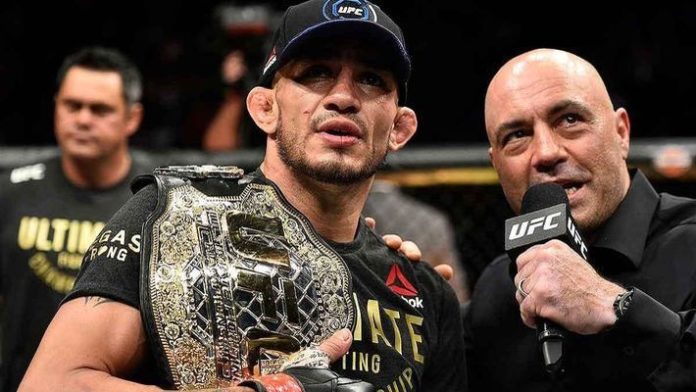 Ever since that victory over the Irish star, there have been a lot of speculations regarding who is should fight next. He has even stated that he wants a Boxing match with former five-division world champion Floyd Mayweather Jr. 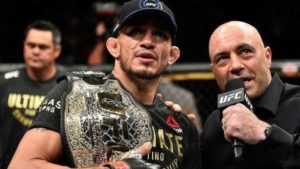 However, Joe Rogan believes that there’s one person who deserves to fight Khabib Nuramgomedov and that is lightweight contender Tony Ferguson. He said in his popular podcast Joe Rogan Experience that UFC cannot deny Tony a shot at Khabib.

“No, no, no. They’re not leaving (Tony) in the dust. (The UFC) are very serious about doing something with Tony Ferguson. Dana (White) has even said that (Tony) is most likely next in line for Khabib.”

“Tony (Ferguson) hasn’t lost in what is it, twelve fights? It’s an eleven or a twelve fight win-streak against guys like Edson Barboza, d’Arces him. Kevin Lee, triangles him. (Anthony) Pettis, Josh Thomson, Rafael dos Anjos, Lando Vannata… Dude, Tony Ferguson is a f*cking beast. He doesn’t get nearly as much attention as he deserves.”

Tony Ferguson is currently on an eleven fight winning streak with his last fight being a TKO victory over Anthony Pettis.

Previous articleChuck Liddell to doubters: Take one of the kicks I throw!
Next articleBellator: Benson Henderson signs new deal with Bellator