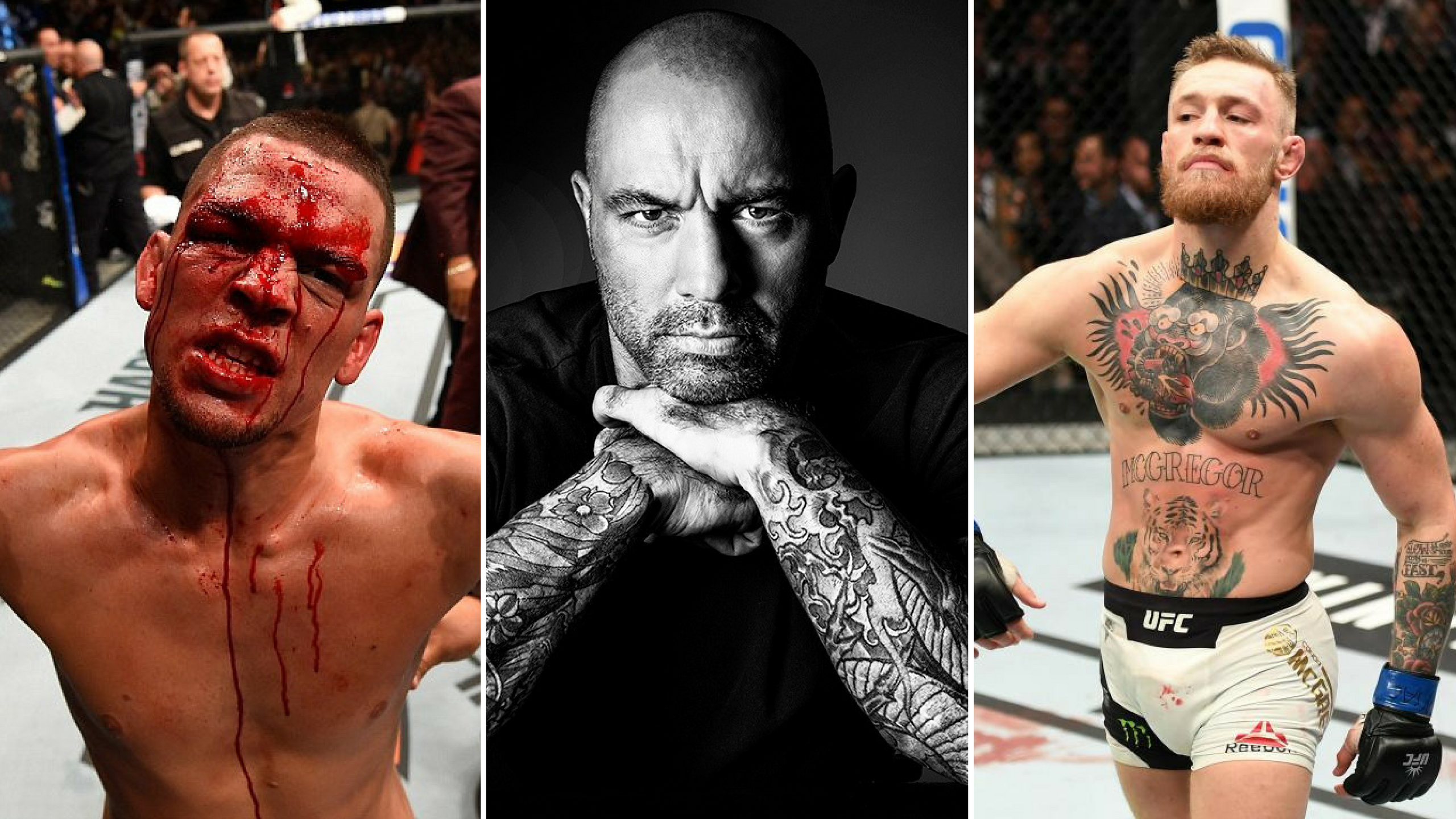 Speaking on his podcast, Joe Rogan Experience, Rogan first offered his thoughts on what it would take to get McGregor back inside the octagon.

“I wonder what it would take him, now that he’s had that big crazy fight at the fight where he jumped over the fence and pushed referee Marc Goddard, I wonder what it would take to get him back in the cage now,” said Rogan. “I wonder if there’s gonna be fines and suspensions. I wonder what the f**k is gonna happen. It’s quite fascinating.
“I’ll tell you one thing, he makes things fun. He does. He makes things fun with Oscar De La Hoya hitting the heavy bag on him. He should say he’ll fight Oscar De La Hoya but only if Oscar agrees to wear a skirt. ‘You’ve got to wear a skirt and you’ve got to wear fishnet stockings and I’ll f**king fight you.’”

“That’s the move. It used to be not the move but I think Tony Ferguson is the right move as far as for the fans. The real smart move would be fight an MMA fight and then fight a boxing match in a year. . . The Nate Diaz fight, although it could be huge, Nate’s not really fighting anybody right now. What I would like is Nate comes back and fights somebody and wins, Conor fights someone and wins, Conor fights a boxing match, they have a HUGE MMA fight after that! F**KING HUGE, GOD DAMN IT! Three million pay-per-view buys huge.”