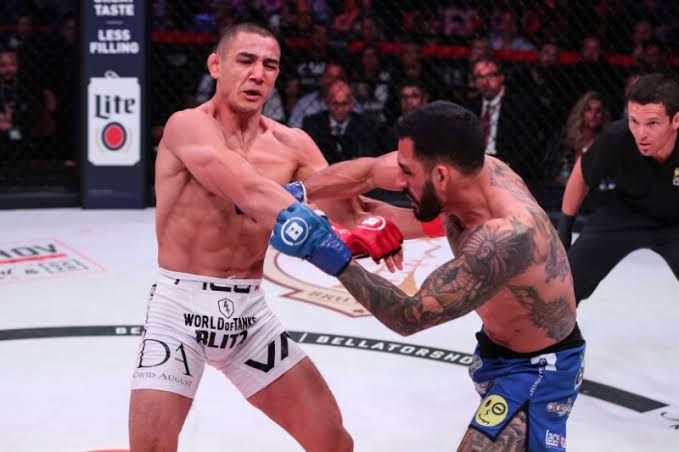 The co-main event of a stacked Bellator 214 card featured an ever exciting featherweight prospect Aaron Pico taking on Henry Corrales.

The fight was expected to be a one-sided affair with Pico being a heavy favorite and righly so as Pico was coming of a four-fight winning streak all being first round knockouts. Pico almost delivered a similar result as he caught Corrales with an uppercut having him rocked a bit. Pico however rushed in with the quest of setting up his picture perfect left hook and got caught with a massive overhand right by Corrales. The right hand had Pico being knocked out cold. 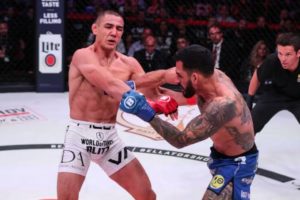 Long-time UFC commentator Joe Rogan had a candid reaction to the fight. Rogan watched the fight on the latest episode of his podcast alongwith his peers and JRE staples former UFC heavyweight Brendan Schaub and BJJ legend Eddie Bravo. (via YouTube):

Rogan had good things to say about Pico, his skills and his trademark left hook especially at the tender age of 22. When when he said so Pico caught Corrales which seemed expected for Rogan. Rogan and his peers however knew the fact that Pico needs to be smarter in his approach. However when Corrales caught Pico, Rogan was forced to stand on his feet and shout in awe. Rogan however did say that Pico will learn from his loss.

Rogan had a lot of good things to say about Pico in a podcast speaking with Pico’s coach and training partner Duane Ludwig and bantamweight champion T.J. Dillashaw.