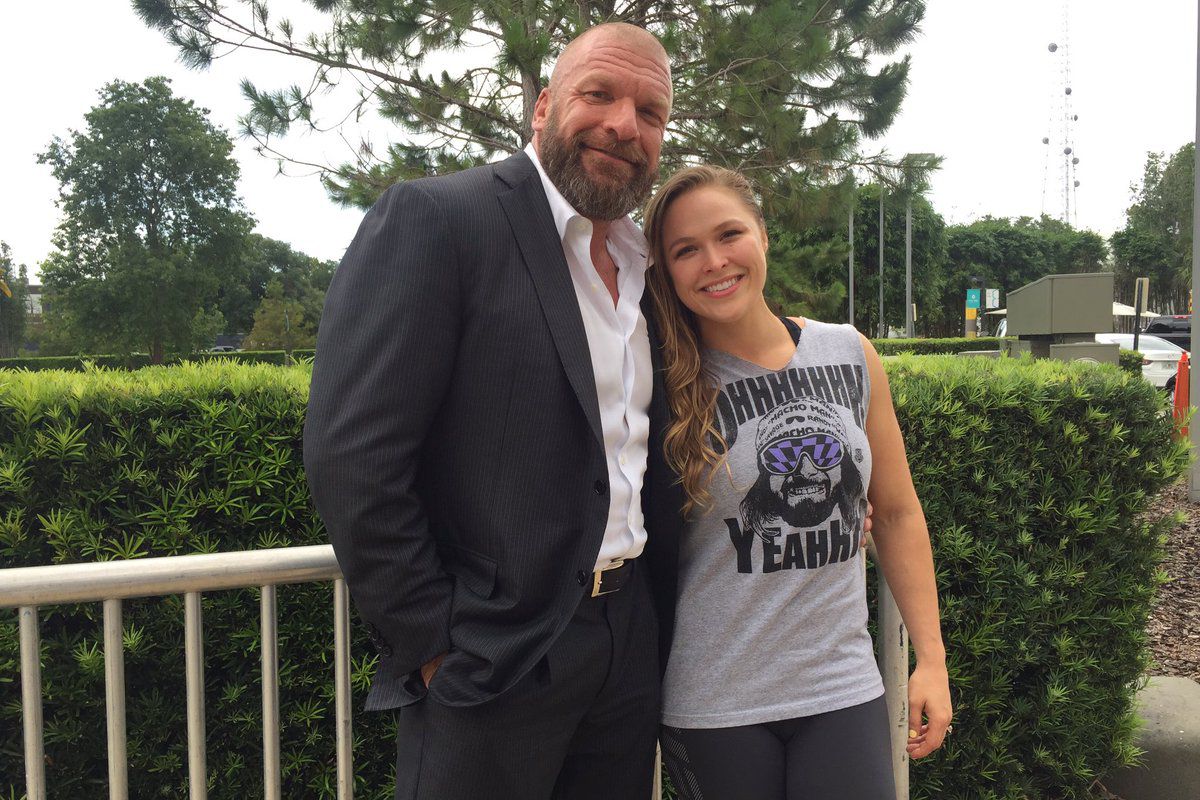 The former UFC Women’s Bantamweight queen was spotted along with an agent, dining with none
other than the 14-time WWE World Champion, Triple H.
Ronda Rousey has been expected to make a huge leap into the world of pro-wrestling after two
consecutive losses inside the Octagon. She has appeared twice in the WWE shows. The first at
WrestleMania 31 and the second during a woman’s wrestling tournament to support her friend Shayna
Baszler who was participating in it.
The two biggest stars of the entertainment business had met on last Tuesday night which was the show
timing of Smack Down Live. It’s very clear that Triple H had missed the show to meet the biggest female
superstar of the combat sports world. This meeting could have taken place to negotiate the possible
deal with the company.

Triple H, whose real name is Paul Levesque has worked with the WWE for over 20 years now, and now is
a semi-retired wrestler who has taken more of a business executive role in recent times. The New York
Post quoted the following from the former WWE Champion-

“We caught up, had dinner and had some conversations, but we have nothing to announce at this time,”
Levesque said. “As we’ve said, she’s interested in what we do, she loves it. We are interested in her as a
human being even. She’s a fascinating person and an intense, incredible athlete. So we’ll see.”
“I had a really good steak,” he said. “It was very nice. We had a great time. It was
very nice, until I had to run through the rain to try to avoid the paparazzi.”

There have been rumors about Rousey making her WWE debut at the very first Women’s Roayal Rumble
match at the Royal Rumble Pay-per- view event later this month. The winner of the match will get a shot
at any one of the two Women’s title at this year’s WrestleMania. Rousey is the perfect person to put the
women’s division on a higher platform as that of the men and also would attract a lot of MMA fans to
watch the WWE.
She has never clearly stated that she has retired from MMA nor has she stated that she would make a
comeback. If Brock Lesnar could make a comeback surely, Rousey can.