WWE: Ronda Rousey feels satisfied with her career so far 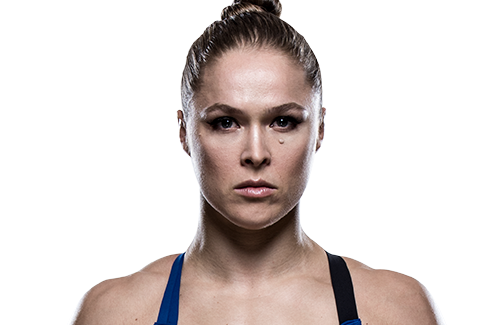 It can be argued that Ronda Rousey has been the biggest women’s athlete of all time. While there are a lot of other phenomenal athletes such as Serena Williams, Mia Hamm, etc. Rousey can still make a strong case about being the female G.O.A.T, she is an international celebrity and has now transitioned into pro-wrestling by joining the WWE. When the myth of her invincibility was shattered, there were a lot of rumours about how it could have affected her psychologically. Rousey is apparently taking her defeats well and has mentally moved on. She revealed that she is satisfied and has proved it all.

‘Rowdy’ recently did an interview with ESPN’s noted combat sports journalist, Brett Okamoto. Here’s what she had to say:

There was a while when I was just looking for an honourable way out, I felt satisfied, like I proved everything I needed to prove, but I didn’t feel like anybody else felt that way, and I wasn’t sure that the women’s division could survive without me. So I felt obligated to do more than what I actually wanted to, I feel.

But I also think that everything happens for a reason and I have no regrets, and I’m still happy that I fulfilled those obligations. I really do feel like the women’s division can hold its own now and I’m proud of all the work I did there. I don’t need anyone else’s approval to be proud of myself.

I could very happily be in some house in the mountains somewhere and never see anybody again, and just hang out with my goats and chickens and be happy, it would only have to be something as great as the WWE, it makes me this happy, to actually pull me away from that.

Otherwise, probably no one would hear from me. I would live in the woods and be happy. It’s all I really want.

Previous articleWWE: Bayley will not turn heel in recent future
Next articleUFC: Stephen Thompson vs. Darren Till to headline UFC Liverpool