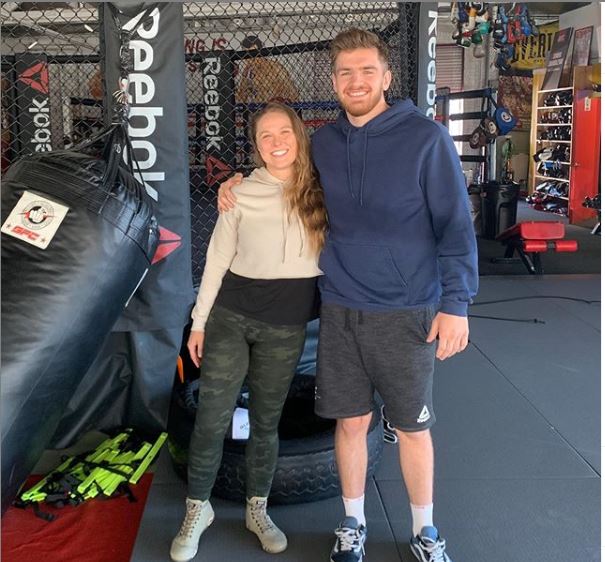 The former UFC bantamweight champion Ronda Rousey turned manager for her then training partner Edmen Shahbazyan. She testifies for the young talent and says he has the potential to be champ one day. 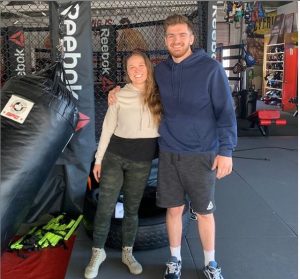 Edmen is ready for his first big fight, his first UFC main event fight against Derek Brunson. At a very young age of 22 years old, Edmen has fought 11 fights in his professional career and has maintained a perfect record of 11-0-0 so far. As per Ronda, he has been training with her at the gym since he was 15, and the whole team always knew this kid was special. Being a young starter, Edmen does not come into MMA from other backgrounds like Jiu Jitsu or Kickboxing. He has started with MMA itself and is trained in all styles of the sport.

In a conversation with Dana White, Ronda Rousey was all praises for Edmen were they officially announced the fight. Derek Brunson being the first big name of his career, this fight is very crucial for the young middleweight, and will reveal if he is a threat for the division.

“Little Eddie, he’s always been special. He’s always been called Neo (from ‘The Matrix’). He’s the one. He’s one of the first generation of kids who only did MMA. He was obsessed with MMA when I was training with the gym. He was actually like my throw-in dummy for my open workout (before the Liz Carmouche fight at UFC 157. He was 15 years old, he was like still like bigger than me. But like he was one of my training partners. He learned armbars by me. He got beat up by me,” said Ronda.

“He was in the gym at a very pivotal time and he and his brother (Leon Shahbazyan) would just like show up with 10th Planet (Jiu-Jitsu) books and they were completely obsessed. I’ve never seen kids more obsessed with MMA and that was like the first generation of that. I came up in like judo and other things and MMA became a thing that everyone else had to adjust to when they were aways experts in something else.”

Edmen Shahbazyan is currently 22-years old, fighting in one of the most stacked divisions in the UFC. A win against Brunson definitely puts him in a position to call out bigger names like Yoel Romero or Darren Till. Currently, the record for the youngest ever UFC champion is held by Jon Jones at the age of 23. Edmen has only a little less than two years to break the Jon Jones’ record, which is sure to put him in the limelight.

Do you think he is worth the hype?