December 30th would’ve been eerily familiar for one particular camp. In November 2015, Ronda
Rousey was the undisputed queen of women’s MMA. In Melbourne, Australia, during the UFC 193
media scrum, Ronda was perched on a lofted canvas, while Holly Holm stood on the opposite corner.
As the media surrounded Ronda, with the all too familiar camera flashes and the bright lights,
you’d be forgiven if you had mistaken Ronda for a Hollywood megastar.
Such was the aura of “Rowdy” Ronda Rousey before UFC 193. As I spoke to a few other journalists
and even some of the judges that were flown down for the main event, we all had one common
question – was Ronda’s striking good enough for her to overcome Holly Holm? As the night unfolded,
the answer was quite obvious. Holly strutted to the media room for the post fight press conference,
while Rousey was nowhere to be seen.
It was an unfamiliar sight – the UFC women’s bantamweight title in front of someone other than
Ronda. With Holly losing to Miesha, and Nunes beating Tate at UFC 200 to win the title, Ronda
found herself challenging yet another clinical striker, and the same question started to resurface –
would Ronda’s striking be good enough to beat Amanda Nunes?

UFC 207 had a different feel to it — there was no media conference call with the headliners, and
there were no media scrums with the big stars. While UFC did its best to promote the return of
Ronda Rousey, Amanda Nunes had to take a backseat. However, as UFC 207 concluded, it was
Amanda who was urged to speak. Nunes demolished Ronda Rousey in less than a minute, and
the once mighty Ronda Rousey was reduced to tears, quickly ushered from the Octagon to the
back.
Ronda, for all the anticipation of her return, once again disappeared into the night.

The perennial question – Who is Edmond Tarverdyan? 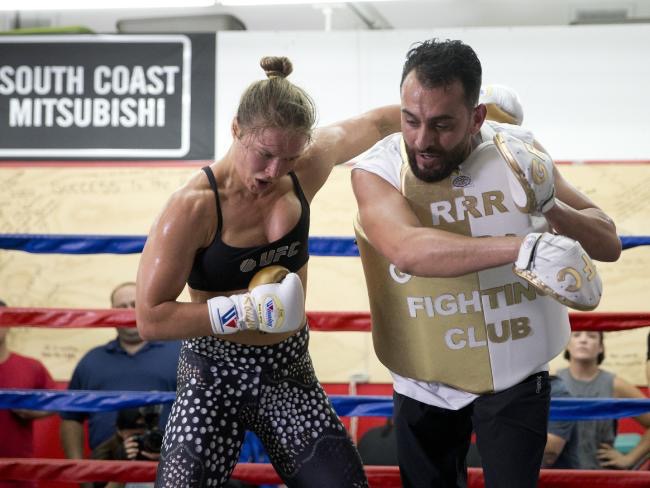 For the past two weeks, everyone who is anyone had an opinion about Ronda Rousey. Some
even called her ‘fraudulent’, ‘found out’ and all hype. When Ronda faced – and defeated Miesha
Tate, there was nothing fraudulent about Rousey. When Ronda defeated former Olympic medalist
in Sara McMann, there was nothing ‘hyped up’ about the former women’s bantamweight champion.
Not too long ago, Ronda Rousey was hailed as the greatest MMA fighter on the planet. Nicknamed
“The female Fedor” by many, Ronda bulldozed her way through the opposition. Those who called
her a one – trick pony had to eat their words, as Ronda kept hip – tossing her opponents, finishing
them with the arm bar. When Ronda stopped Bethe Correia, the “pundits” wanted to see her fight
Floyd Mayweather Jr.
The talk of Ronda “conquering” the world of boxing resulted in her coach, Edmond Tarverdyan taking
centre stage. Edmond, who claims to be the former WBC International Muay Thai Champion,
became the butt of jokes when this video went viral of him hitting mitts.
After Travis Browne’s fight with Mitrione, Edmond was suspended for three months, for providing
falsified information. Edmond has a criminal history – including two counts of felony identity theft.
Perhaps it has nothing to do with this story, but perhaps, it has everything to do with it.
MMA has seen its fair share of coaches and fighters who had provided falsified information; however,
there is damning evidence against Edmond Tarverdyan, and how he has influenced the careers
of fighters ever since they shifted to Glendale Fighting Club. Here are some of the win/loss
records of fighters, ever since they moved to Edmond’s gym. 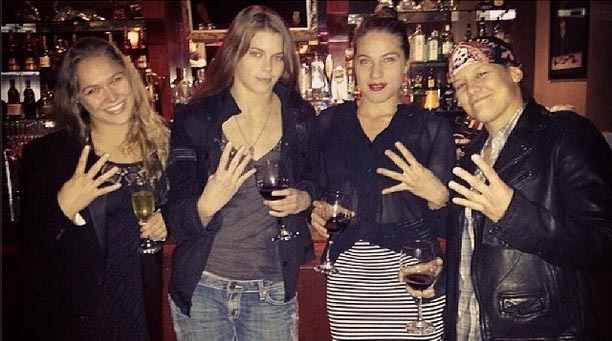 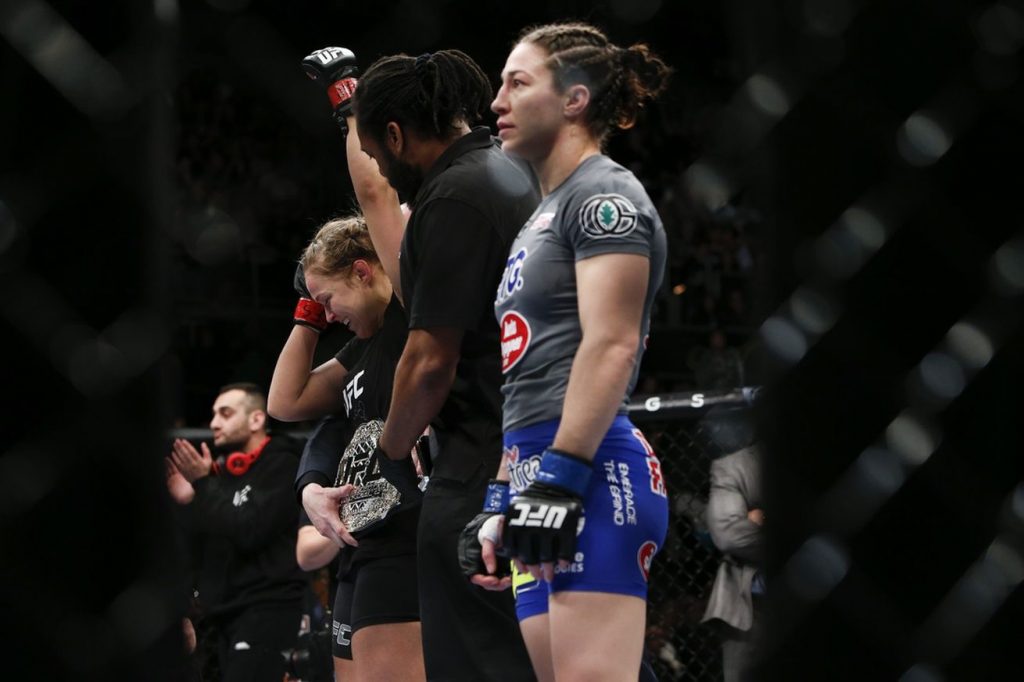 Ronda’s last two fights don’t take away the stellar victories she has had, or the fact that, before her
fight with Holly Holm, Ronda Rousey was the undisputed queen of the bantamweight division. Is
she still the same force she was two years ago? You cannot argue with Ronda’s pedigree, or her
accolades as a judoka.
Any coach would tell you that the foundation – the base of your skill set has to be the strongest
weapon in your arsenal. If you’re a Muay Thai practitioner facing a solid wrestler, you need to rely
on your Muay Thai, rather than working on your wrestling through the entirety of your camp. Is
Ronda Rousey an elite judoka? Yes; however, what she is not is an elite boxer.
If Ronda puts things in perspective, UFC 207 could actually help the ‘Rowdy’ one resurrect her career.
While Edmond helped Ronda develop into the MMA fighter she is, she hasn’t evolved in her
stand up game in the past six years – the duration she has trained at GFC.

What does Ronda Rousey need to do to get her career back on track?

Every fighter, at one point or the other, moves to a different gym to incorporate different skill sets
into their game. Different world class gyms offer different expertise – from Firas Zahabi and Tristar
to Mark Henry, there are great coaches that would love to take up the challenge, and transform
Ronda Rousey’s path of decline.
What Ronda needs to do, and what many fighters have urged her to do, is to move to a different
gym – or at least train part time out of a different gym. Ronda is loyal to a fault, and has brushed off
suggestions about leaving Glendale. When Anthony Pettis realised that he needed to evolve, he
went down to JacksonWink MMA, but continued to train out of Roufusport on a part time basis. 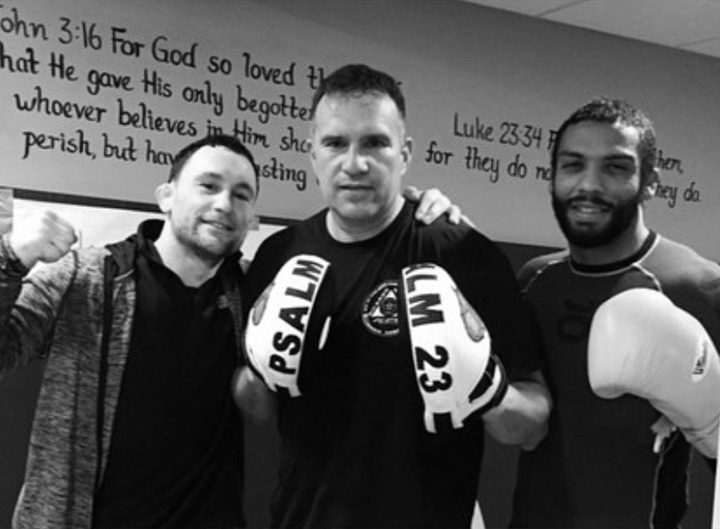 If Ronda could dispose off her opposition with ease, even when her fundamentals weren’t strong,
imagine a Ronda Rousey who trains with someone like Mark Henry! Ronda, under the guidance of
the right coach, could still be the unstoppable force that she once was. Until Rousey leaves Edmond
and Glendale however, her opponents will continue to exploit her weaknesses.
That is unless we’ve seen the last of Ronda Rousey.
– By Akhilesh Gannavarapu (@KayfabeDiaries)