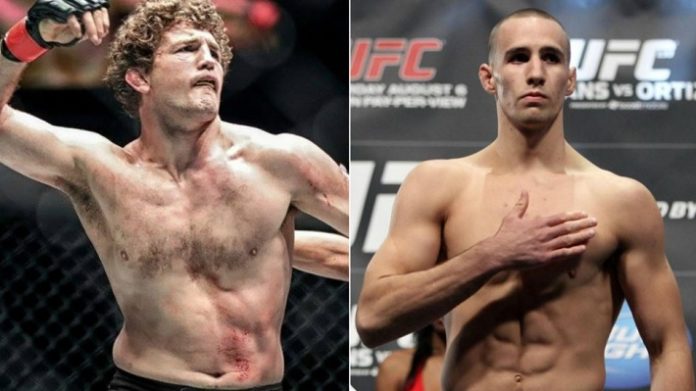 Bellator welterweight champion Rory MacDonald is all set to fight John Fitch at the SAP Center in San Jose, California this weekend live in DAZN.

However, most people have often wanted to see him fight former Bellator and ONE champion Ben Askren and in fact, the pair were very close to fighting each other. According to Bellator president Scott Coker,  ONE championship reached out to Bellator to ask if they would like to co-promote Ben and maybe both of them could have squared off in the upcoming Bellator Welterweight Grand Prix.

Although fight fans never got to see the match-up, both of them do share a common opponent between them i.e former UFC welterweight champion Robbie Lawler. 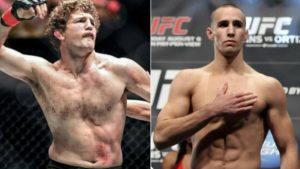 MacDonald fought Robbie Lawler twice. They fought for the first time back in 2013 when Lawler won the fight via split decision and they also fought in a rematch back in 2015. In that fight, they both produced a classic and by many, it is regarded as the greatest fights of all time. In the second fight as well, Robbie won it but this time via TKO in the fifth round.

Meanwhile, Ben Askren fought Robbie Lawler at UFC 235 last month in his UFC debut and the fight ended with a controversial finish.  Askren won the fight via technical submission in the first round. But according to MacDonald, the fight was stopped too early.

“I did see the fight,” MacDonald told BJPenn.com. “He’s quite a powerful star. But props to him, he’s tough, he survived and not only survived but kept coming forward. He got back to back to his feet and he kept moving towards, which is… Not a lot of people can do that after taking that kind of punishment. Obviously, the stoppage was not great. In my opinion, he (Lawler) was awake and fine. But that’s the sport, the ref has to make a call and unfortunately it was in a tough position to make the right call. So it’s just one of those things. But it was interesting.”