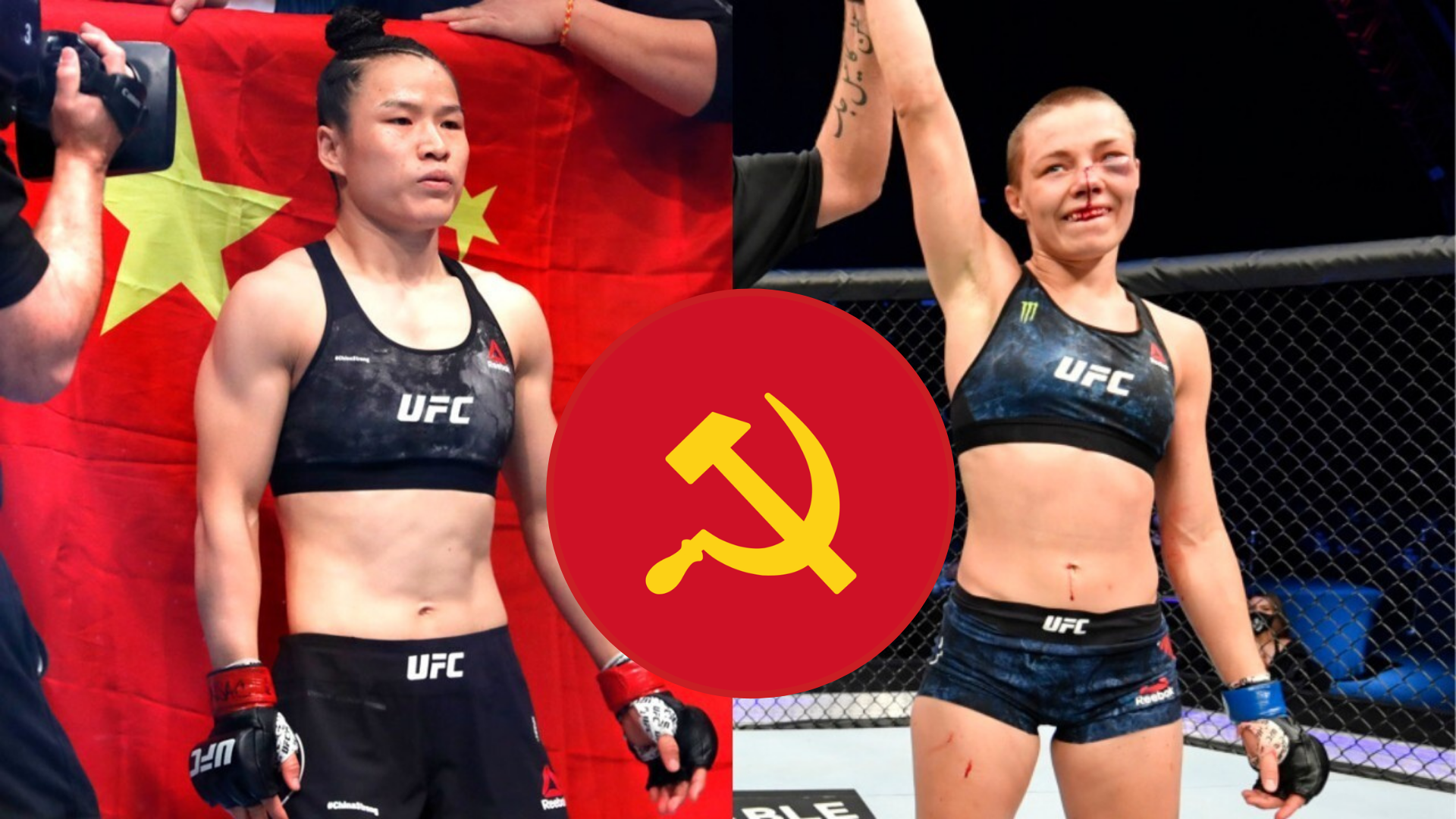 Earlier this week, Rose Namajunas said that she was using communism as a factor in preparation for her fight against Weili Zhang.

“I was just kind of reminding myself of my background and everywhere that I come from and my family and everything like that, and I kind of wanted to educate my training partner (Chico Camus) on the Lithuanian struggle and just the history of it all, so we watched ‘The Other Dream Team’ just to kind of get an overall sentiment of what we fight for. After watching that, it was just a huge reminder of like, yeah, it’s better dead than red, you know? And I don’t think it’s any coincidence that Weili is red. That’s what she represents,” said Namajunas.

In an interview with Ariel Helwani of ESPN, Rose Namajunas clarified her stance on communism and said that her comments were made out of the personal experience.

“My opinions are based on my experiences,” Namajunas said. “It’s not something I looked up on YouTube. This is an actual reference to a documentary. If you’re confused about any of my opinions, you can watch the documentary, and you could get a good idea as to what my family had to go through, the reason I’m in the United States today, the reason that I do mixed martial arts, all of that stuff. I’d probably have a really different life if it wasn’t for just everything in that documentary, how Lithuanians had to struggle with communism oppression.”

“The reason I brought it up and referenced it is the reporter suggested that I had animosity towards past opponents, and that’s what maybe caused some motivation in those fights,” she explained. “And this one, there’s no animosity therefore there’s a lack of motivation. But that can’t be further from the truth. Number one: I don’t have any animosity towards anyone. Obviously I’m not perfect, I’m a sinner, I have emotions. But when I’m fighting there’s no emotions towards that person, it’s just the outward manifestation of my inner demons that I have to face every day. So that’s number one: no animosity towards anybody. This is not directed towards Weili as a person.”

“At the same time, I’m motivated for this fight more than ever,” Rose Namajunas continued. “This fight, this is my history, this is where I come from, and these are the demons that I have to face every day. So yeah, I dunno. That’s just how I feel about it and if there’s any confusion, watch the documentary. I really encourage people to do that. It’s something I’m very thankful for because going through all that and knowing all the history, it reminds me why freedom is so important, especially in this day and age where my grandfather had to pass away in the hospital by himself and people are dying alone in hospitals without their family members. We should have the freedom to be with our families.”

“That’s just my opinion, but it’s based on facts and it’s based on experience, not just something that I came up with. I don’t know what her beliefs are,” Namajunas admitted. “But here’s the thing, and maybe this is a question we can ask her: can we really even know what she really believes? She may be being told what to say, I don’t know? Do we actually know what she believes?” Rose Namajunas concluded. (H/T – BJPenn.com)