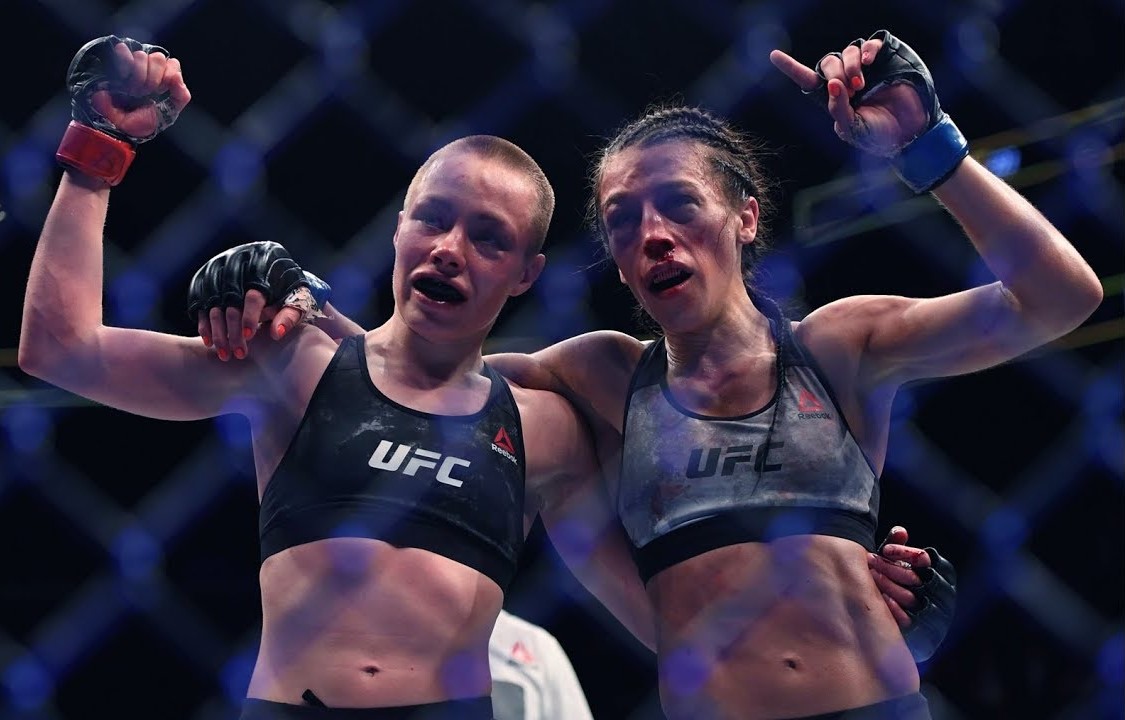 However, one individual understands how Rose Namajunas feels as of this moment, and it is her old foe Joanna Jedrzejczyk. Joanna is often referred to as the greatest strawweight in the sport’s history. She as well faced the same loss against Rose herself, not very long ago at UFC 217 event. In the rematch, Rose was able to narrowly out-strike the former champion in their fight.

Watching her strawweight rival vanquisher knocked out, Jedrzejczyk could have chosen to gloat: she, after all, beat the brakes off Andrade for five rounds. But Joanna had nothing but encouragement for the woman who beat her twice –

Following her loss, Rose Namajunas replied to the tweet sent my Joanna. You can watch it below :

Rose Namajunas says she’s happy with her gesture, and felt that it was cool and, referring to her loss, said “we’ll figure out.”

Namajunas may not choose to continue fighting. After opting to defend her championship against her hardest opponent on enemy territory, she described losing the championship as a great weight off her shoulders.

You can watch the full video below (Credits – MMAFighting) :