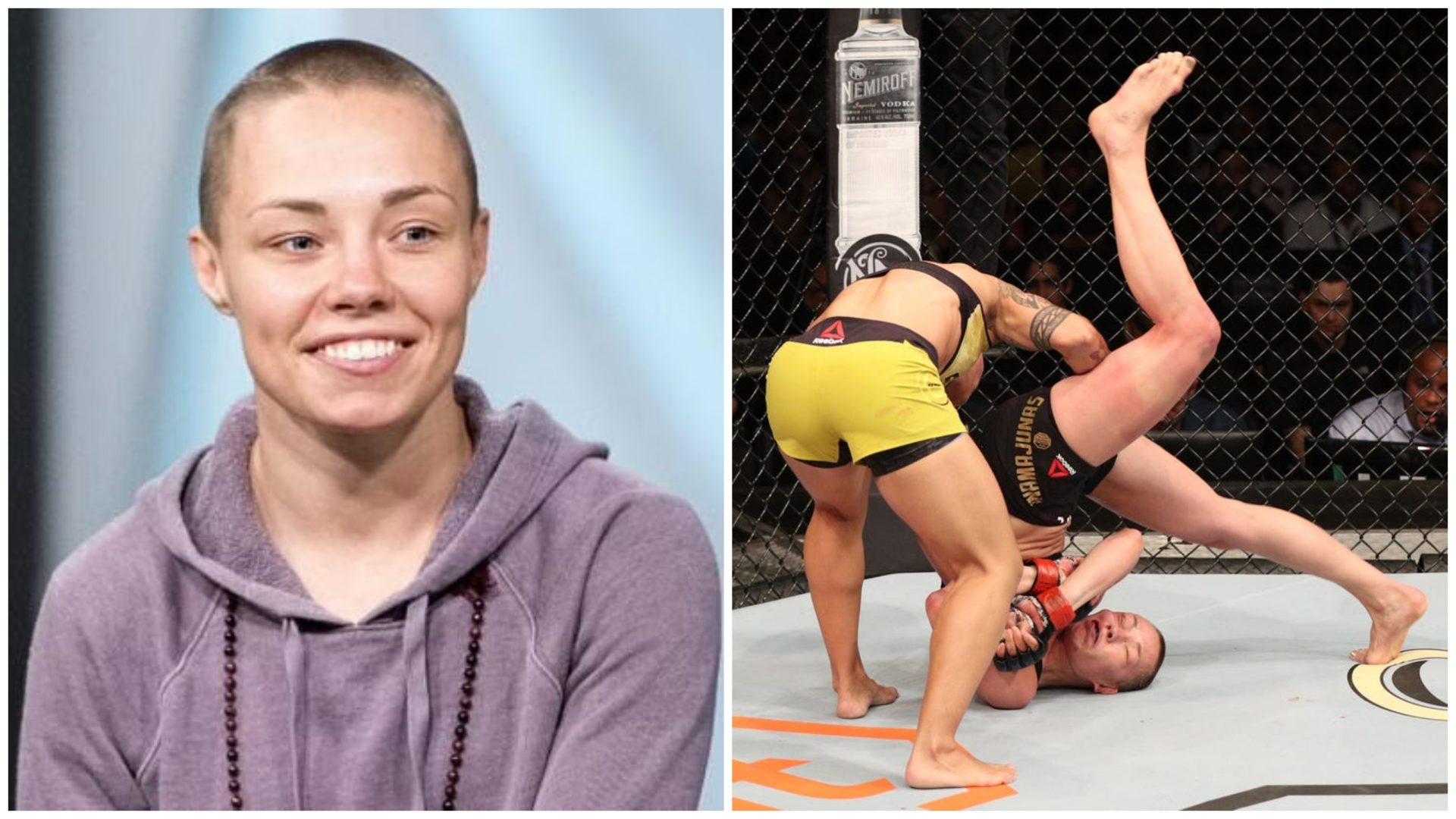 Getting slammed on the canvas is not something neither normal people nor even fighters crave for. But for Rose Namajunas, there has been a magical benefit to it, as the reigning UFC Women’s Strawweight Champion made a shocking revelation that Jéssica Andrade slamming her at UFC 237 had cured her neck problems.

Jéssica Andrade’s slam worked like a “miracle” for Rose Namajunas

After winning the Women’s Strawweight title against Joanna Jędrzejczyk and then marking her first title defense in the rematch against her, Namajunas lost the belt on her second title defense against Jéssica Andrade and suffered a 2nd round knockout defeat against the Brazilian fighter in the main event of UFC 237 on 11th May 2019 in Rio.

Now, “Thug” Rose is on her second title reign and having won, then defended the title against Zhang Weili back to back last year, she is now just days away from one more second title defense, which takes place next weekend as Namajunas takes on her former adversary Carla Esparza at UFC 274.

Recalling the end of her first title run during a recent appearance on Morning Kombat with Luke Thomas, Namajunas revealed that amidst the disappointment, the slam from Andrade had mysteriously healed her neck problems. Before the fight, she used to have terrible headaches and sore neck but the healing slam had magically cured her issues.

“With Andrade, I mean, that was just a complete, total stripping away of any innocence as far as — I got slammed on my neck and then I got my nose broken second fight,” noted Namajunas. “The first fight was so different from the second fight. I didn’t really actually sustain any damage, even though I got like, KOed. Actually, the neck problems that I had went away after getting slammed on my neck, which is kinda weird. It was sort of a miracle for me. I came out of that fight unscathed basically,” said Namajunas.

“I never thought about actually getting it checked out like, afterwards. But before, I had a fracture in my C6, and then I also had spinal stenosis,” the 29-year-old went on, “It would like, make my arm feel weak sometimes, just lifting up my arm. I would get these terrible headaches and stuff. Sometimes if I’m wrestling a lot and grappling, my neck would be a little bit sore.”

“I used to have to put my head in the ice bath backwards just cause my headaches would be so bad. And that was leading up to my first fight with her (Andrade)… Afterward, I experienced none of those symptoms anymore. I should probably see if I still have those problems,” added Namajunas. [H/T MMANews.com]

What do you think of Jéssica Andrade’s slam healing Rose Namajunas’ neck issues? Share your thoughts in the comments.

Previous articleJoanna Jedrzejczyk wants to retire in the UFC, signs new contract ahead of Zhang Weili rematch at UFC 275
Next articleUFC Vegas 53: Font vs. Vera betting odds and prediction