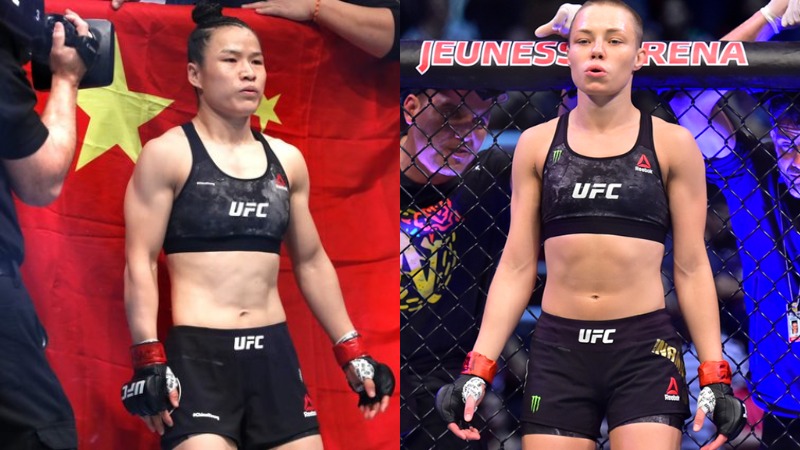 Ahead of the fight, Rose Namajunas has politicised her fight against Weili Zhang. This came after Weili Zhang revealed that she wanted to be friends with Rose Namajunas. Now it looks like that won’t be the case. 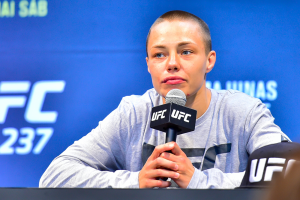 Speaking with Lithuanian National Radio and Television, Rose Namajunas clarified that she doesn’t hate Weili, but hates that fact that she belongs to a communist country.

“The animosity and things like that, those can be very motivating factors in short moments. But in all actuality going into the fight, maybe there was certain rivalries and things like that, but I always kept myself in control,” Namajunas said (h/t Twitter user @FullContactMTWF). “I never really hated the person – and I don’t hate Weili or anything like that. There’s nothing … but I do feel as though I have a lot to fight for in this fight and what she represents.”

Rose Namajunas opens up about communism

Rose Namajunas’ parents fled Lithuania during the communist rule of the USSR. Her great grandfather was killed by the Soviets.

“I was just kind of reminding myself of my background and everywhere that I come from and my family and everything like that, and I kind of wanted to educate my training partner on the Lithuanian struggle and just the history of it all, so we watched (2012 documentary film) ‘The Other Dream Team’ just to kind of get an overall sentiment of what we fight for,” Namajunas said. “After watching that, it was just a huge reminder of like, yeah, it’s better dead than red, you know? And I don’t think it’s any coincidence that Weili is red. That’s what she represents.”

“It’s nothing personal against her, but that’s a huge motivating factor of why I fight, and I fight for freedom,” said Namajunas. “I’ve got the Christ consciousness, I’ve got Lithuanian blood, and I’ve got the American dream. All of those things I’m taking with me into the fight.”

Previous articleAli Abdelaziz says Khabib Nurmagomedov is one of the best coaches he has ever seen
Next articleConor McGregor reveals why he didn’t go through with the $500,000 donation, Dustin Poirier responds