Rose Namajunas vs. Jessica Andrade in works for UFC 249 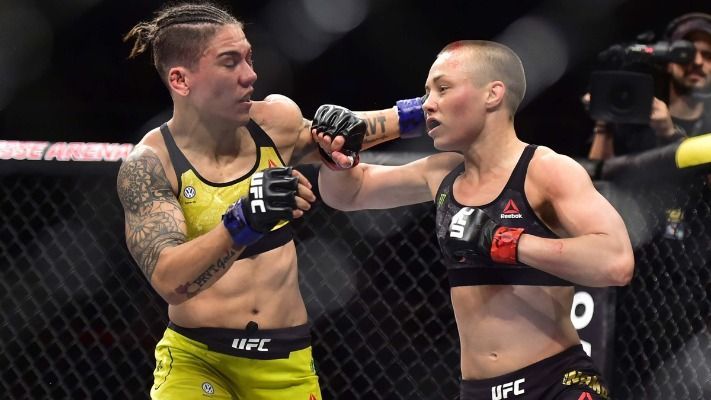 A mouthwatering rematch between former champions Jessica Andrade and Rose Namajunas is in works for UFC 249, which will take place on April 18 at the Barclays Center in Brooklyn, New York.

The pair previously fought at UFC 237 in May last year. In this fight, Namajunas was knocked out by Andrade in the second round. Namajunas was dominating the fight early on landing some huge shots, but Andrade weathered the early storm and slammed her to take the victory. 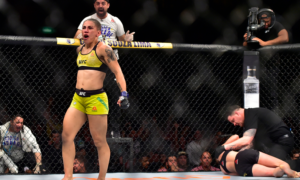 The news about the rematch was first reported by Ariel Helwani of ESPN.

Rose Namajunas vs. Jessica Andrade 2 is close to being finalized for UFC 249 on April 18 in Brooklyn, according to multiple sources.

“Rose Namajunas vs. Jessica Andrade 2 is close to being finalized for UFC 249 on April 18 in Brooklyn, according to multiple sources,” Helwani reported on Twitter.

Namajunas hasn’t competed since May of last year. She hinted at retirement last year following her loss to Andrade.

However, six months later she gave an interview to Ariel Helwai where she revealed that she found her passion for martial arts again and was looking to getting back to the octagon again.

“I lost the passion for martial arts and fighting. Mainly for fighting,” Namajunas said on Ariel Helwani’s MMA Show (transcript via MMA News). “I found my passion again. I went back to Minnesota to see one of my coaches from early on in my amateur career — Greg Nelson. He’s just like a huge inspiration for me.”

Previous articleConor McGregor has started the mind games against Donald Cerrone!
Next articleFriday Fighter of the Week: Pawan Maan