Rose Namajunas vs Jessica Andrade: The Headliner At The Upcoming UFC 237 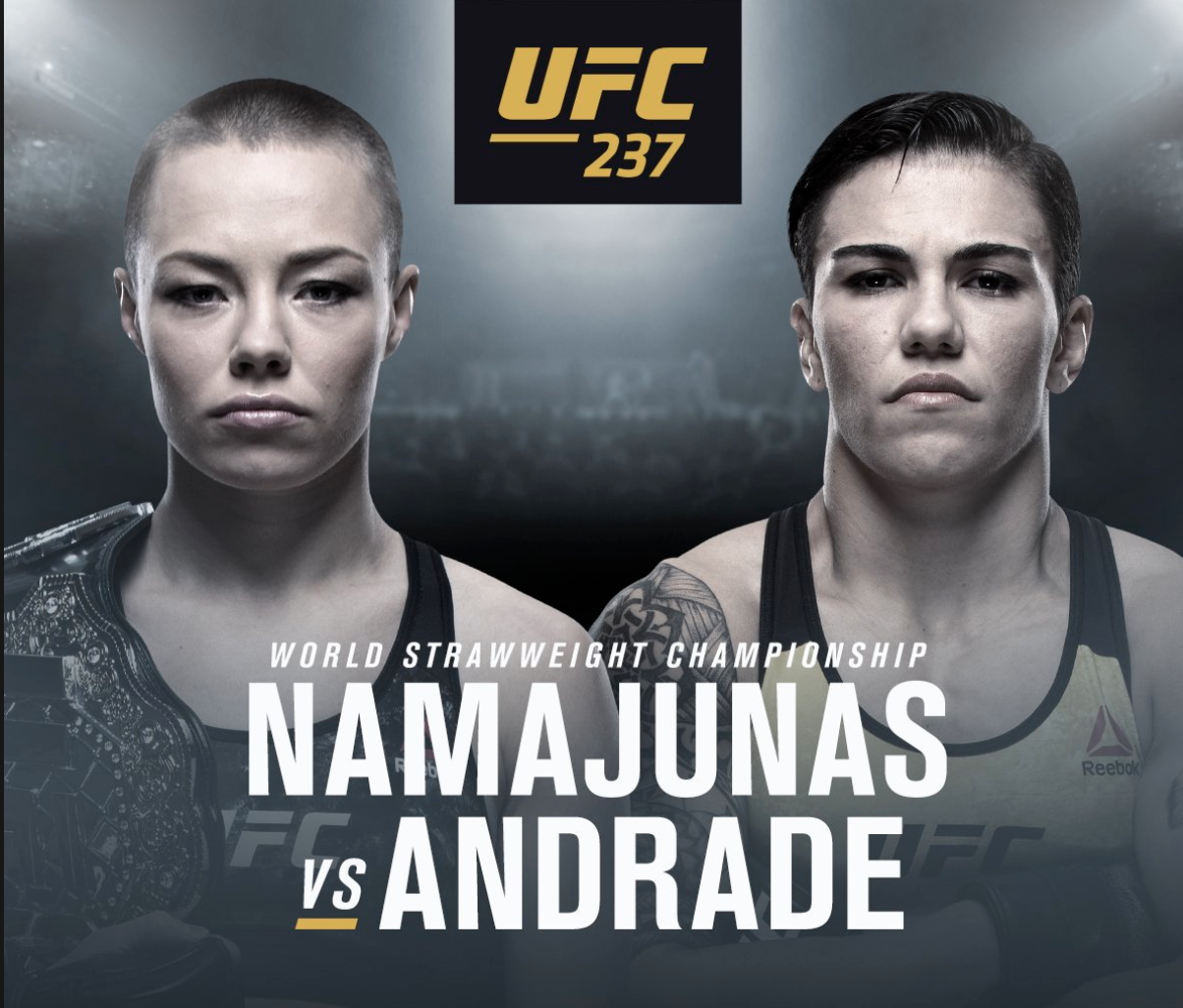 Brazil, the land of soccer, beautiful beaches, samba, and so on. Yes, but Brazil will also host the UFC circus in May. The official announcements have arrived – the UFC 237 will be held in the Jeunesse Arena in Rio de Janeiro, Brazil. This mixed martial arts event starts on Saturday, 11th of May, so do not forget to book your tickets for watching the show. As usual, the event uses the well-known pay-per-view system.

Nonetheless, you will not be sorry for spending a couple of dollars for watching this event. A couple of high-quality fights are in front of us. We will elaborate on the main event in a moment, but let’s quickly mention the side events.

For example, an interesting square up between the former champion Jose Aldo and the rising talent Alexander Volkanovski. Aldo is a 2-time featherweight champion, but on the other side of the octagon – Volkanovski is undefeated in his last 6 fights. Similarly, a duel between Anderson Silva and Jared Cannonier in the middleweight category should be very attractive. 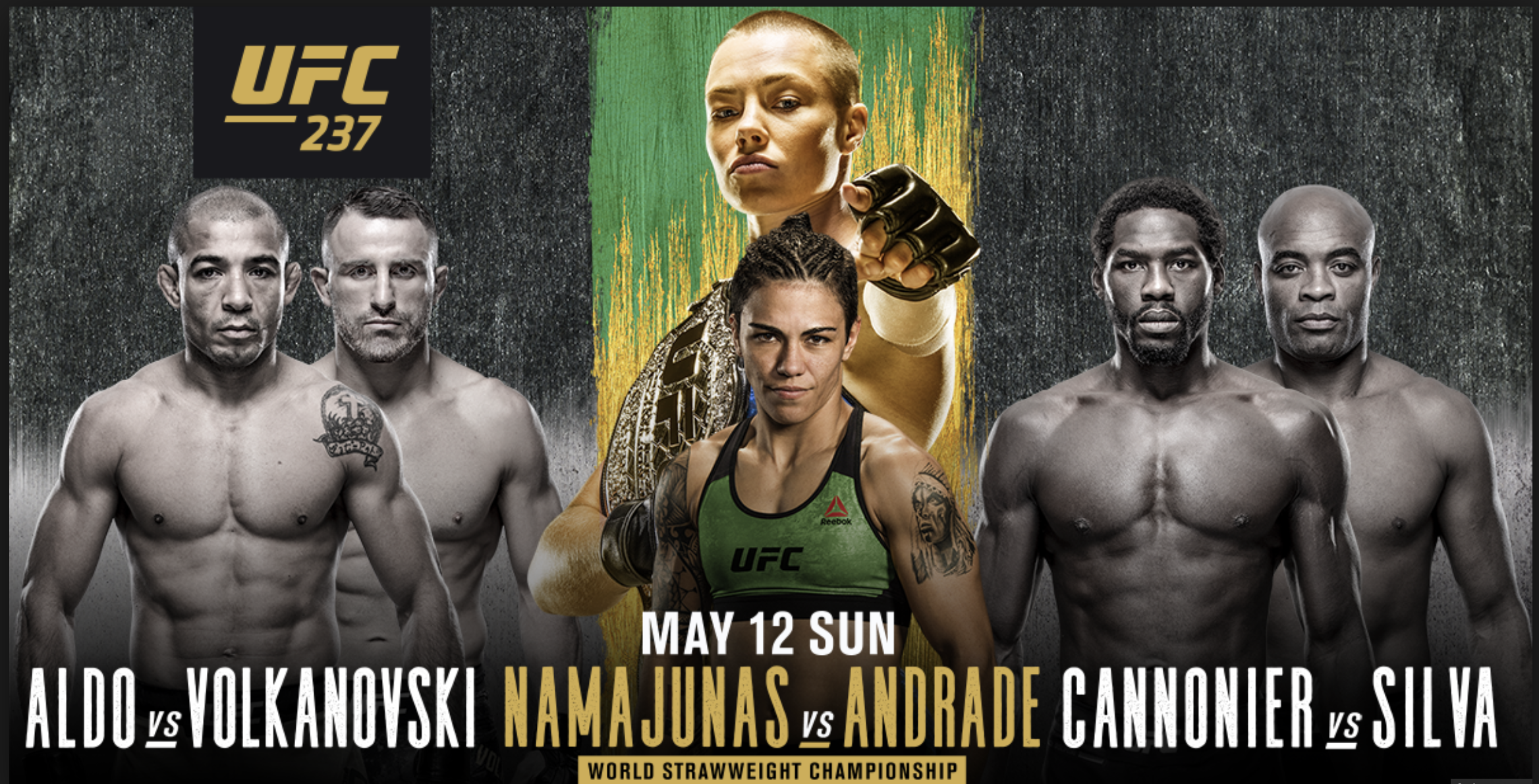 With so many entertaining matches in the upcoming event, no wonder why fans are reading more about the UFC betting predictions.

Above all, they want to know more about the main event of the night. Rose Namajunas vs. Jessica Andrade – a fight for the strawweight title.

Rose ‘Thug’ Namajunas (8-3) is a 26-year old champion and she is ready to go down to Brazil to defend her title. She says that she has no fears of entering the enemy territory, but she admits that it could be a tough test.

Namajunas was born in Wisconsin, and her parents had Lithuanian origin. Over her adolescent years, she mostly trained taekwondo. In 2013, she entered the UFC. Her unique fighting style is hard to predict because she combines jabs and high kicks with great groundwork. As a matter of fact, 5 out of her 8 wins came through submission. After taking down Joanna Jerdejczyk in an impressive fashion, Navajunas proved to the world that she is a force to be reckoned with.

At the same time, the Brazilian power-puncher is also a real deal. Jessica ‘Bate Estaca’ Andrade (19-6) has been fighting in the UFC since 2011, which means that she has more experience than her opponent. Not to mention the advantage of playing at the home turf. But, Andrade predominantly relies on her aggressive fighting style and her stamina. She is incredibly strong and likes to move forward, putting the opposing fighter under a lot of pressure at all times.

The fighters have never met before, which means that this could be a very entertaining and exciting event.