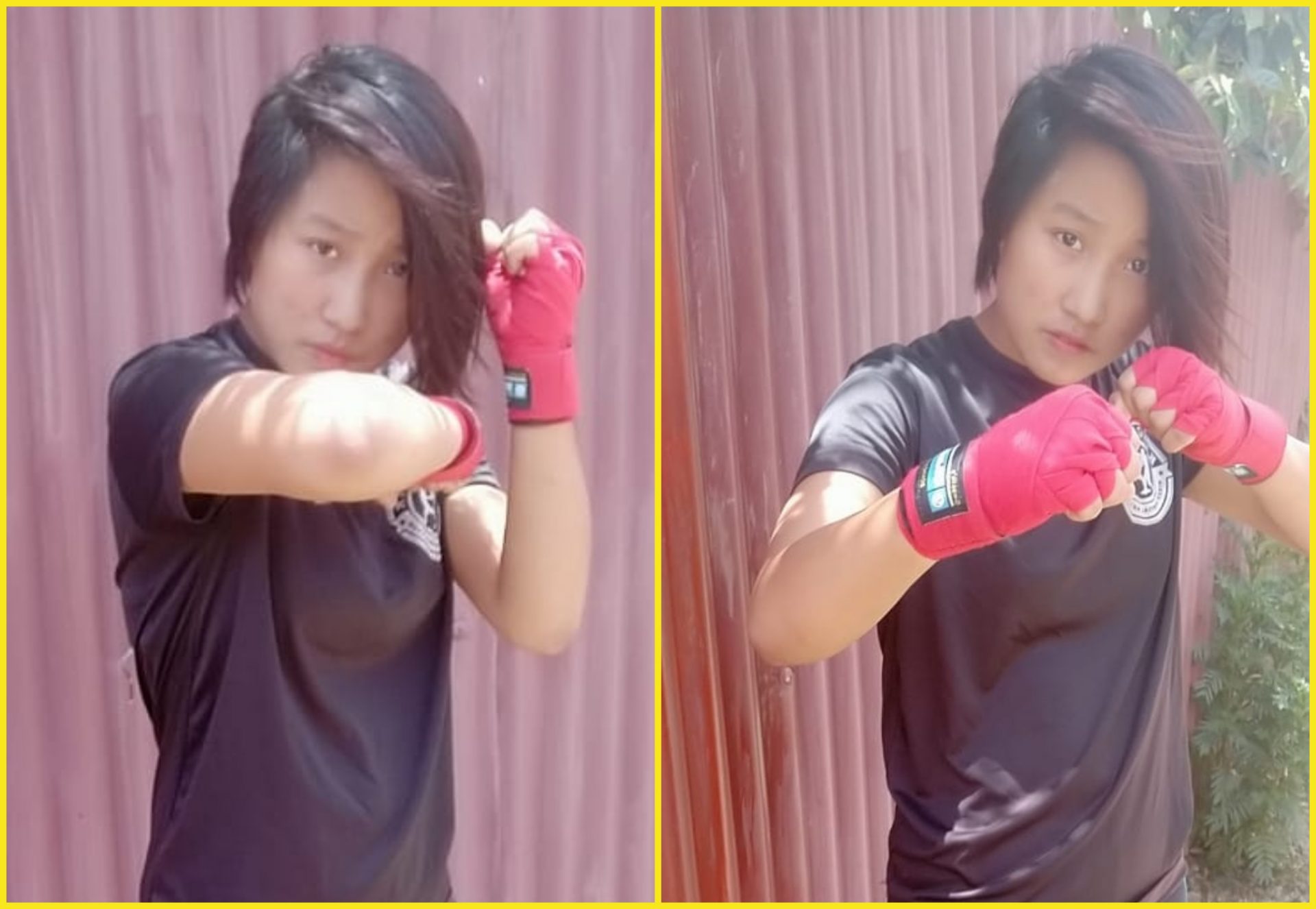 For the latest edition of the NE athlete profile, we reached out to Roshni Chanu.

After a month-long hiatus, MMA India Show is back with it’s North East edition where we take a look at the top fighters from the North-Eastern part of the country or like most people could call it the ‘The Seven Sister States’.

In this edition, we talk to 16-year old Aheibam Roshni Chanu, who hails from Manipur and made her professional debut when she was only 15-years old. She is also currently 2-0 professionally.

Rupendra Sharma, a local businessman from Imphal and an MMA enthusiast helped us in getting in touch with Roshni Chanu and with the translation.

I started training in Mixed Martial Arts when I was 15 years old back in 2018. I don’t have a traditional Martial Arts experience, but I always have had an interest in MMA.

Before that, I used to play cricket and that was way back in 2015. I used to go for cricket training sessions, but after getting introduced to MMA by my sister, I never looked back.

2.) How far were you into cricket when you found out that you liked MMA more?

I had just started training in Cricket and I was playing district level. But I didn’t continue with that any longer as my sister insisted that I should train in martial arts and I fell with love on my first day of training and I never looked back.

3.) Was it hard for you to transition directly into MMA, as you don’t have a traditional Martial Arts experience?

Initially, I felt a little bit uncomfortable as I didn’t have an extensive martial arts experience like my peers. But as I started training, I got better every day and then I started dominating my training partners and I saw how good I was and then my love for the sport kept growing.

4.) Where do you train currently and what is the favourite part of your training regimen? Are you proficient in striking or grappling?

I have been training under Sir Frank of KMMAC from the very start of my professional career, he has guided my career brilliantly so far and I feel I have developed into a better fighter training under him and I couldn’t ask for a better coach than him and I am more grappling centric.

5.) You’re currently 2-0 in MMA, tell me about your previous two-fights? 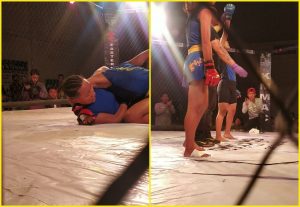 Initially, when I made my debut, I was very nervous as I was only 15 years old, but as the fights progressed, I felt confident and knew that I had made the right choice by changing sports.

6.) When you got for fights, does your opponent undermine you, since you’re still very young?

Yes of course. When I made my professional debut at Chainaba Season 1, my opponent was at least five years older than me and didn’t take me seriously and she was underestimating me. But on fight night, I out grappled her and outpointed her in each and every round and won via unanimous decision (30-27).

7.) What do you do apart from fighting since you’re only 16?

I will be giving my tenth exam next year.

Lockdown has affected the training of Roshni Chanu

8.) Has your training affected by lockdown? How do you manage your time between studies and training?

Yeah, the lockdown has affected my training very much as I come from a long way to train and not only KMMAC, but even other gyms are closed right now. I don’t have a partner to spar with or grapple with either, so it has been tough. To keep myself feet, I go for jogging and do shadow boxing and I also practise some ground techniques by myself at home.

As far as managing my time between studying and training, I wake up early in the morning and I go for my routine run and the come back home and study. In the evening, I do the same as I train by myself and then study. After my studies are over, I help my mother with the household chores.

9.) As a female fighter, do you have the support of your family when fighting?

Thankfully, I had the full support of my family when I made my transition to Mixed Martial Arts. As I mentioned before, my sister introduced me to the sport of MMA when I was training cricket and since then I have everyone in my family supporting me.

10.)What do you wish to accomplish as a Mixed Martial Artist? Which MMA fighter do you look up to?

My aspirations are set high. I want to take my career forward step by step as I have only fought in Manipur so far, I would like to compete in other parts of the country where the level of competition will be higher.

After that, I would like to compete in international competitions and for that, I will need proper guidance which I believe I will be getting under Coach Frank.

The MMA fighter that I look up to is Conor McGregor. I have been a fan of him ever since I saw him fight live on TV.

Stay tuned to know about the upcoming fight of Roshni Chanu!!

MMA India Exclusive: Jojo Rajkumari: I sell pakoras to help with my rent!