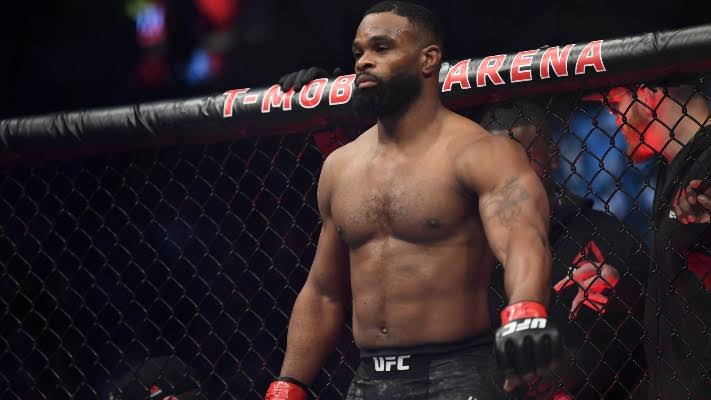 Former welterweight king Tyron ‘The Chosen One’ Woodley was all set to commence his road to redemption with a rematch against another former champ ‘Ruthless’ Robbie Lawler. That however couldn’t materialize as a right hand injury forced him out of the contest. 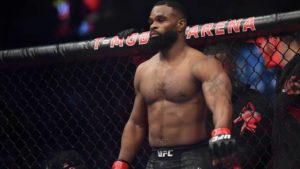 That being said, Woodley will first have to take a road to recovery in his quest for the title. The pull out further disappointed the MMA community after his title loss. Woodley lost his title against current champion Kamaru Usman at UFC 235 back in March via a lopsided decision. Woodley had defended his title for four times before. That being said, Woodley’s coach Duke Roufus still believes his title run is underappreciated. He addressed the issue speaking with MMA Fighting.

“I want to reiterate about Tyron, a lot of people don’t realize, we soldiered through back-to-back-to-back-to-back fights, right out of injury into short training camps,” Roufus said. “A lot of people sometimes don’t give Tyron his due credit. He fought four title fights in 364 days. The only guy to break that record is Jon Jones. Those were back-to-back fights, we were doing six-week training camps for five-round fights, which is kind of an anomaly in our sport. Most people want to take a longer training camp for a longer fight and I’m very proud of that body of work that we put together through Woodley, coach Din (Thomas), and myself.

Woodley had defeated a veteran, a legend and an undefeated prospect in Stephen Thompson, Demian Maia and Darren Till respectively in his title reign.

Previous articleJon Jones quashes news about battery; says he is ‘definitely’ not in trouble
Next articleWatch: Dana White ‘not opposed’ to Amanda Nunes vs Claressa Shields