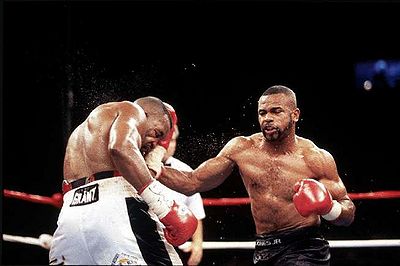 Legendary professional boxer Roy Jones Jr. has finally decided to end his career. The boxing great capped off his career with a victory over Scott Sigman in front of his how town crowd. In the post-match conference, ‘Superman’ revealed that he wanted to end his career in his city and also stated that he would only come out of retirement to have a boxing match with UFC great and MMA legend, Anderson Silva. 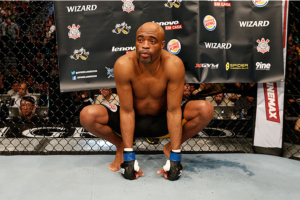 He is considered to be pound-for-pound one of the greatest boxers of all time. There was a lot of hearsay back when former UFC middleweight champion, Anderson Silva was in his prime about a potential boxing match between the duo. The fact that they have highly similar styles of fighting and ooze plenty of charisma made a potential match0up even more interesting. However, the potential match had failed to materialise.

Roy’s last bout was broadcasted by the UFC Fight Pass. In his post-match interview, Jones revealed that he had torn his bicep, a week before the fight. He also gave UFC president Dana White a shout-out and asked him to make a boxing match with Silva reality. Here’s what the boxing legend had to say:

I don’t make excuses, but last week I tore my biceps in my left arm again. But because it was my last fight in Pensacola, I refused to pull out.

Dana, I know you’re listening. I know Anderson’s suspended. But that’s the only other fight Roy Jones will return to the ring for. Other than that, chapter’s closed.”

Silva is currently suspended from MMA. Hence, this moment should be utilised by the UFC to make this match which has been craved for too long by combat sports fans.

Luke Rockhold: I’ll take the life out of Yoel Romero