Rules for Floyd vs Tenshin revealed…and there are no judges! 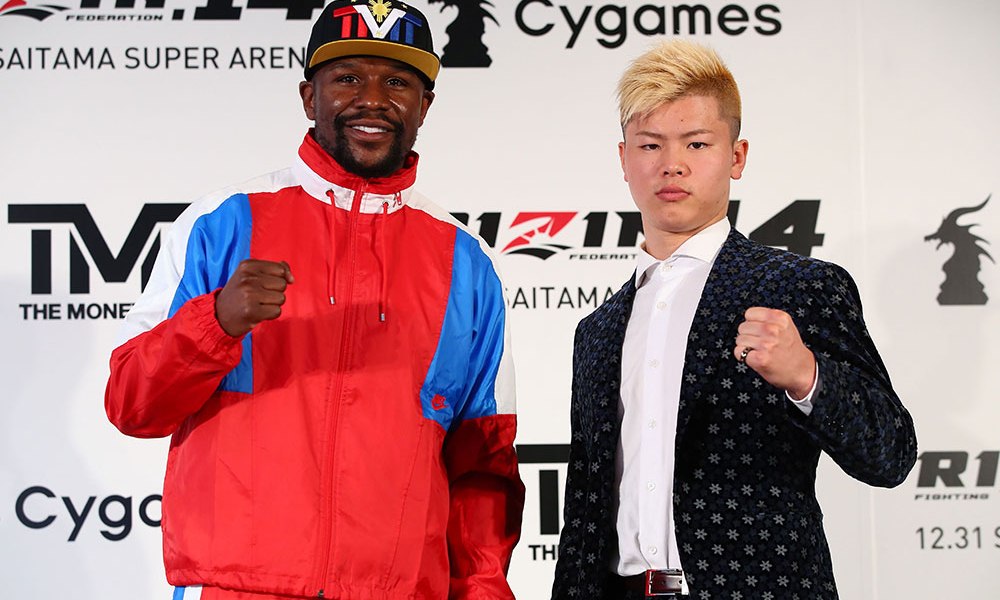 However, Tenshin Nasukawa is in the United States right now. He has a media workout planned with Floyd Mayweather at Mayweather’s gym and the rules for the bout have been announced. The fight will take place at a contract weight of 147 pounds with standard three-minute rounds as relevant in boxing. The fighters will wear 8-ounce Rizin-brand boxing gloves. Since this bout is an exhibition, there will be no judges for the fight.

-Three minutes per round for three rounds
-Straight #boxing rules
-Both will wear either RIZIN 8 ounce gloves
-Weight: 147lbs/67.7kg
-No judges
-This will be full contact competition, but the bout is not going on boxing or MMA records

”I love competing against fighters from all walks of life like in my amateur days,” Mayweather said via press release. “It’s all about entertainment. Nine minutes of entertainment. It’s going to be amazing.

”I’m in the entertainment business. That’s what I go out there to do. I love to do this. I’m working out to put on a show for three rounds.”

Meanwhile, Nasukawa is equally excited for the bout and has been sparring former lightweight world champion Jorge Linares who trains in Japan and is recently coming off of a TKO loss to Vasiliy Lomachenko which took place in May earlier this year at the Madison Square Garden.

”There’s never been a Japanese fighter to face Floyd Mayweather in the ring,” Nasukawa said, per the release. “As an athlete, this is something that’s a great honour and a challenging task. I’d like to make a big impression.”

Previous articleHuge news: TJ Dillashaw vs Henry Cejudo removed from UFC 233, will headline UFC’s debut on ESPN+
Next articleWoodley vs Covington targetted for UFC 233, but Woodley not ready. Kamaru Usman willing to step up?