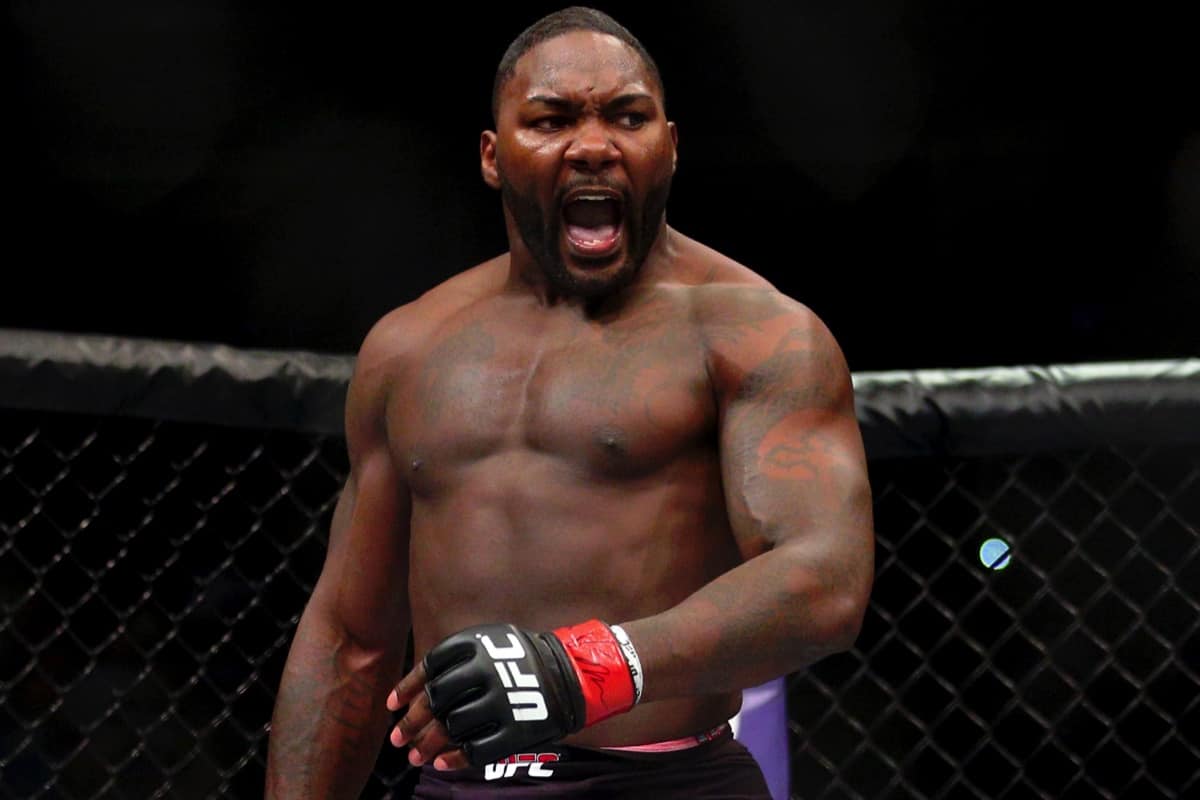 Anthony ‘Rumble’ Johnson is arguably the most powerful light heavyweight with the most devastating punching power in the history of that division. He last fought the current UFC champ champ Daniel Cormier at UFC 210 last year. After losing the fight Johnson had shockingly announced his decision to retire. Considering that Johnson left the sport in his prime, there have been many who have truly believed that Johnson will indeed return to the cage sooner rather than later. In a recent turn of events, Johnson posted a story on his Instagram account that he is interested in coming back, but only to fight his rivals Cormier and Jon Jones, that too at heavyweight.

Since his retirement Johnson has bulked up massively. He has went from being a 205-pound light heavyweight to close to being about 285 pounds. 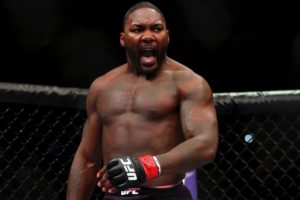 Considering his new weight, it is unlikely that Rumble will ever cut down to 205 pounds again to light at light heavyweight. Also adding into the mix that Cormier now holds the heavyweight title as well and there is hearsay that Jones too might move up to heavyweight. Rumble too is itching to fight Jones and Cormier at 265-pounds. Here’s what he wrote in his Instagram story:

Yes it’s true that I’ll come back to mma at heavyweight, but only if Jon fights DC for the title! It’s a personal goal of mine to fight the very best of the best before I truly stop fighting. Jon was always my motivation once I went to 205. Heavyweight would be insane if the 3 of us were at it again!

You can see Rumble Johnson’s story below: 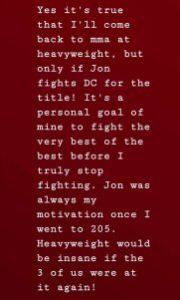