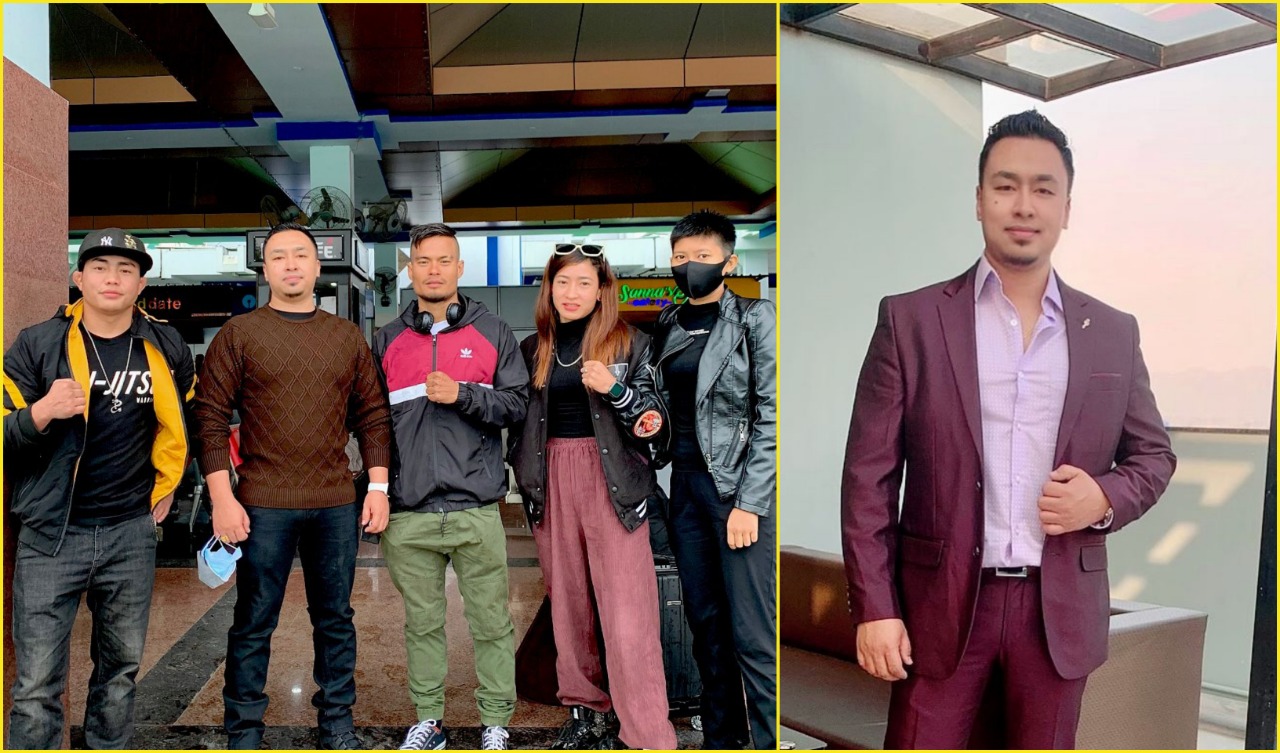 Matrix Fight Night, which is the biggest Mixed Martial Arts promotion in the country will be having its seventh fight night event billed as MFN 7 at the Taj Falaknuma Palace in Hyderabad on 10th December. What’s special about this fight card is the presence of four Manipuri fighters on the card.

While the state of Manipur has produced some of the finest combat sports athletes in India, their presence was mainly felt in the sport of boxing, all thanks to the legend ‘Mary Kom’ herself, who is an Olympic medalist and six-time world championship medalist. Manipur also has some of the best MMA fighters on the planet, but they weren’t always getting to showcase their skills at the top level.

All that changed as a staggering four Manipuri fighters are going to showcase their skills in the grandest stage for MMA in India. This didn’t happen all of a sudden, Rupendra Sharma has been consistently working behind the scenes to make sure more and more professional fighters from Manipur are getting the guidance necessary to take their career in the right direction. As Rupendra would argue, a good management is as necessary as a good training camp. Fighters shouldn’t have to juggle between worrying about where they were going to fight next and training camp. Rupendra changed this mindset amongst the upcoming Manipuri fighters.

Rupendra hails from Imphal and has been associated with sports all his life. He owns a sports emporium selling some of the finest sports equipment in all of Manipur. When he is not busy going about his business, he assembles ideas to get the fighters he manages the best deals possible in the MMA circuit. On top of that, he isn’t even charging managerial fees from the fighters and is working with them for free.

Rupendra Sharma is also a longtime friend of The MMA India Show and we had the opportunity to catch up with him. He is currently in Hyderabad where his clients i.e Jojo Rajkumari, Chungreng Koren and Bishwamitra Mayanglambam will be fighting at Matrix Fight Night 7.

How did you get into MMA?

“I got into MMA basically as a fan and that was a long time ago. I will consider myself as one of the pioneer MMA fans in India. Felt in love with MMA after I watched UFC 1 series from a video library in 1996. Started full-time following the MMA in 2005. That time the fights telecasted used to be from Pride FC, a big fan of Fedor Emelianenko ever since.

Have been following this sport for well over 15 years now. I’m also one of the co-founders of the biggest and first-ever Private Indian MMA Facebook group.

The Indian MMA scene obviously started to rise when SFL was founded. That was the beginning. I guess it was 2012. Now we have MFN, which is a class above any other MMA organisation in India.

Did you ever try to learn and compete in MMA?

Haha… I’m just a white belt and only a professional MMA fan (laugh). I did a little bit of kickboxing and also did some small amounts of grappling in Bengaluru for fitness. That was long back. I did my BE in Bangalore and also did a job there for few years. Then I came back to Imphal and run a business of Sports & Fitness equipment. Now, I also manage professional MMA fighters like Jojo Rajkumari, Chungreng Koren, Bishwamitra Meitei etc.

My job is to make things super easy for my fighters so that they can only concentrate on their training and fights. All three of them will be fighting on the 10th December at Matrix Fight Night 7 fight card in Hyderabad. They will be cashing out the biggest payday of their careers so far. All of them will be making above six figures.

Manipur has a lot’s of boxers but nowadays we got lots of MMA Fighters coming out of Manipur, what do you think made the switch in the scenario?

“Most of the fighters who come out of Manipur get into combat sports through boxing, kickboxing, and wushu. MMA is a considerable new sport in the state. However, People like Issac Kario who is a very good friend of mine had his GYM set up in his hometown in Manipur. I have supplied him with all the equipment he would need for his GYM. He was the first guy who is an MMA fighter from Manipur as he had won the SFL Challengers. Since then, the shift happened. Also, I feel Roshan Mainam is also one of the reasons for the bring-in MMA in the state. He is like a younger brother to me. Roshan is the one who showed everyone that you can reach that kind of level and get high financially and also get a great amount of recognization.”

“Another thing that is making people attract towards the sport is the money the fighters are getting paid and the pace it is increasing. In boxing, you got many state-level tournaments but how many of those champions are going to make it to the Olympics. There are lakhs and lakhs of boxer, kick-boxers, and wushu players but only a handful of them make it to the big scale.”

“Just for an example if I talk to any of the local boxer or Wushu fighters I don’t think many of them get the recognization they deserve. But I guess many of the MMA Fighters get a good amount of recognition. In MMA we got a platform like MFN which is paying and taking care of the fighter very well and I don’t think so there are other organizations in other sports who are getting paid in this amount.”

When did you decide to manage MMA fighters?

“I fell in love with this part the first day I saw this sport. I am neither a fighter nor a coach but I like to manage the fighters. I am more like a strategic guy, I like to analyze the fight. When I was in Bengaluru I didn’t get time for any of this. But I knew that one day if I get some more time I knew that I’ll be able to help these fighters. I do this for self-satisfaction as I feel good helping out these fighters. With god’s grace, I got food to eat, clothes to wear and shelter to stay that’s why I don’t take a single penny from these fighters until now for managing and negotiating their fights. I feel that Manipur’s talent pool is very rich and these fighters are not able to go up from a certain level due to bad management and I feel if they can get a good team they will be able to reach higher levels where they’ll get recognized and get paid well. and the important reason why I am helping them is because of my love for this sport and it’s the happiest I get which money cannot buy.”

How did you get in touch with Matrix Fight Night and how did you convince them to sign lots of Manipur fighters?

“Actually I was just thinking “what will be the best option for my fighters to get recognized and go to a higher level”. Sir Daniel Issac helped me a lot. I am also an AIMMAA  member. I sent my fighter’s profiles to them and told them about my fighters. And I knew that everyone wouldn’t get the chance but I had to push them hard.”

” After having some conversations with Alan Sir, I got some of my fighters in. I had to push hard for Chungreng Koren and Bishwamitra. I told MFN their stories and the struggle they both going through. I told them about Koren who is the father of two young kids and he is very talented and I feel looking at them they should be earning more considering the talent they have. I told them that Bishwamitra doesn’t have a job and money to train and that he doesn’t have a dad. I told them with the proper direction we can get him to the big stage. He is 15-0 in Amateurs. His story of him winning a gold medal in GAMMA I guess, the story got of lot’s likes and shares and I told Alan sir that they should sign him”

Would you be open to managing fighters from Assam and other northeast regions?

“Yes, of course, I would love to that. I have contacts in Assam as well so I can do that. Right now I’m able to sign up three fighters. In the future, there will be more fighters getting signed from the northeast region.”

” Also I wanna add this that the fighters should give equal importance to having a good management team as they give their importance to having a great coach and a good training camp. I feel that without a proper management team you won’t be able to reach that kind of height. Because when you have a good team you just have to focus on your training and you don’t have to worry about your next fight or your negotiations. Then it becomes proper teamwork. With the help of a good coach and good training gym and with proper management, that’s how champions are made. That’s what I feel.”