Leave the sexism in the Dagestani mountains: Russian boxer Angelina Semenova lashes out at Khabib over ring girl comments 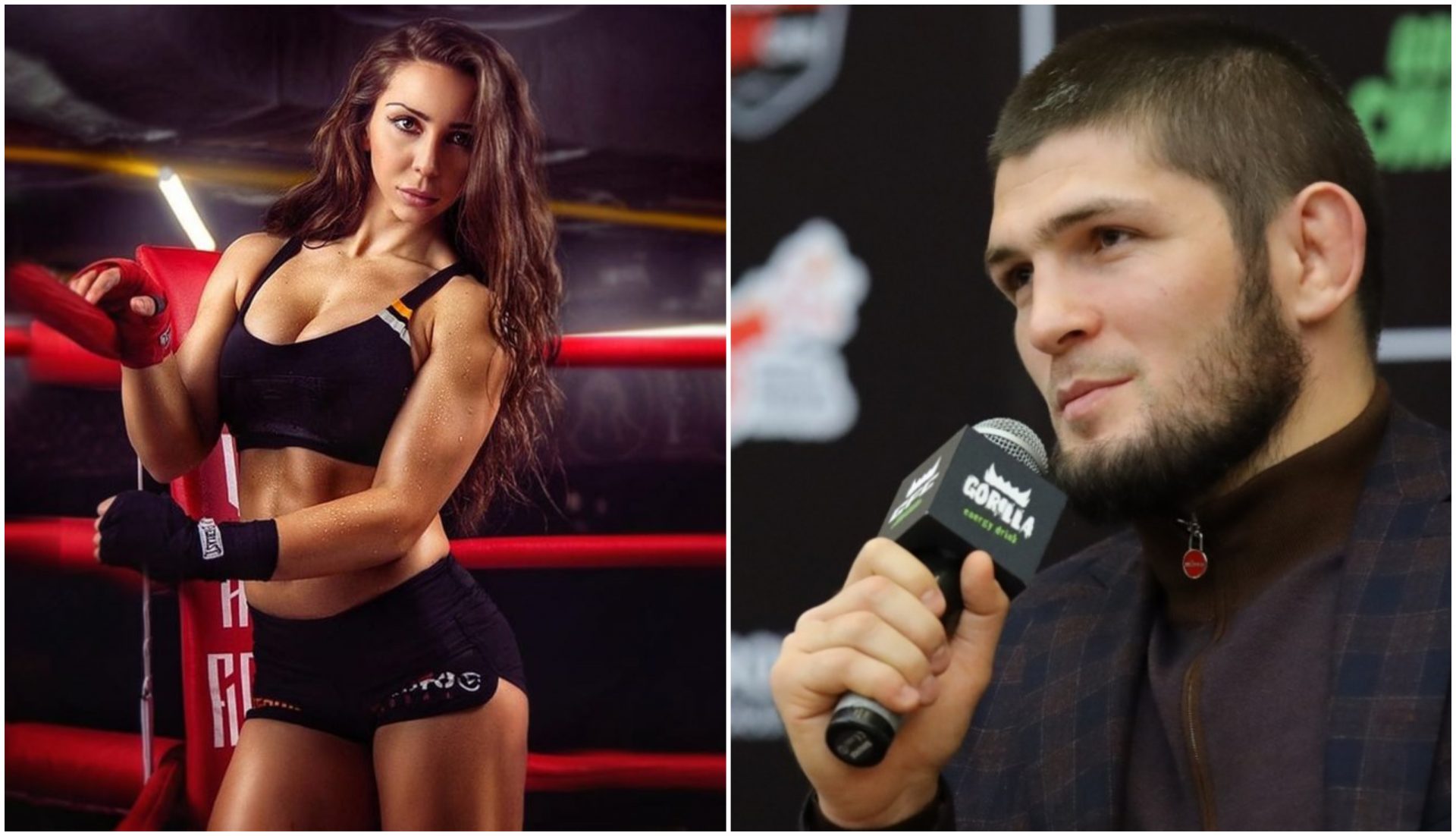 Khabib Nurmagomedov has been at the pinnacle of being a fan-favourite in the mixed martial arts community, but the former UFC lightweight champion’s comments on ring girls have brought down severe reprimand on him.

The latest to fire back at Khabib is a fellow Russian- Angelina Semenova, a Moscow-born boxer who has taken the mic to lash out at Khabib by calling his mindset ‘old-fashioned’.

The undefeated lightweight, who retired from MMA after a 29-0 record, became the owner of Gorilla Fighting Championship, an MMA promotion in Russia and changed its name to Eagle FC- a reference to his nickname ‘The Eagle’.

During a press conference last week, Khabib made it clear that while the presence of ring girls is a prevalent notion in the UFC and many other MMA promotions, they will not be present in Eagle FC events as Khabib feels they are ‘useless’ to the sport.

“I realize that is a history (behind ring girls). History knows many mistakes,” said Khabib, “we read history to avoid mistakes of the past in the future. If we look in the history, it says they are useless. That is my personal opinion. Dana White maybe likes it. Maybe you do, too. But my name is not Dana. My name is Khabib.”

Ring girls are like the cherry on the cake: Angelina Semenova reacts to Khabib’s comments

The comments got Khabib in murky waters, as a massive chunk of the MMA fanbase, as well as a number of UFC ring girls including Arianny Celeste, Brittney Palmer and Luciana Andrade criticised the lightweight legend.

Now, Angelina Semenova termed Khabib’s words as sexism and accused the Dagestani of having an old-fashioned mindset.

“The 21st century has already arrived,” Semoenova said in an interview with MetaRatings, “women have the same rights as men. MMA is a sports show, while ring girls are, of course, traditional, like the cherry on the cake.”

It’s time for Khabib to leave the sexism he was accustomed to in the Dagestani mountains, if he’s going to live in a society where everything’s been different for a long time. Or let him dictate his rules exactly where he’s from. Although development will sooner or later find that corner,” the boxer added. [H/T Bloody Elbow]

What do you think about Angelina Semenova’s comments on Khabib regarding his views on the ring girls? Let us know in the comments.