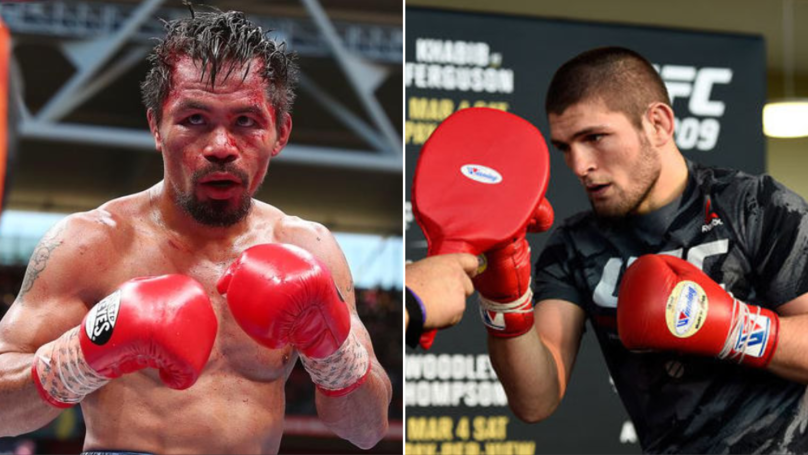 As Khabib Nurmagomedov is serving his suspension for the UFC 229 post-fight brawl, he has made it clear that he will be out of action until October. He was also fined a staggering ₹3.6 crore ($500,000) by the Nevada State Athletic Commission.

Although it’s unclear as to who he is going to fight, most MMA fans want him to fight former interim lightweight champion Tony Ferguson who is coming off of an impressive win against Anthony Pettis at UFC 229. 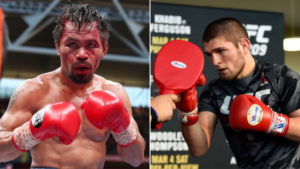 But it looks like Khabib has other plans as he talked about trying boxing or even fighting former two-division UFC champion Georges St-Pierre in New York.

However, Umar Kremlev the head of Russia’s boxing governing body has whole another plan for the Russian MMA star. He wants to transfer Khabib from Mixed Martial Arts and according to him, the boxing match will happen with or without the involvement of the UFC.

Khabib posted a picture on his Instagram account with Umar Kremlev and the caption read “This summer, Luzhniki”.

Meanwhile, RT Sport interviewed Umar Kremlev where he talked about Khabib’s participation in the boxing match.

“We’ve met to discuss his transferring to boxing. He will start training in boxing soon. Plus we discussed organizing of his boxing fight in Russia,” said Kremlev. “I can’t yet reveal the name of his opponent as negotiations are still ongoing. But we want to organize his fight in Moscow’s Luzhniki Stadium right before the Boxing World Championship, which will also happen in Russia this year.”

He also said that it will be someone big and doesn’t necessarily involve Floyd Mayweather, who has expressed interest in fighting Khabib before.

“It doesn’t have to be Mayweather, it could be (Manny) Pacquiao, or some other big name from boxing.”

Kremlev also suggested that Khabib would be offered a staggeringly high payday for a boxing match, possibly 10 times more than he would make in MMA.