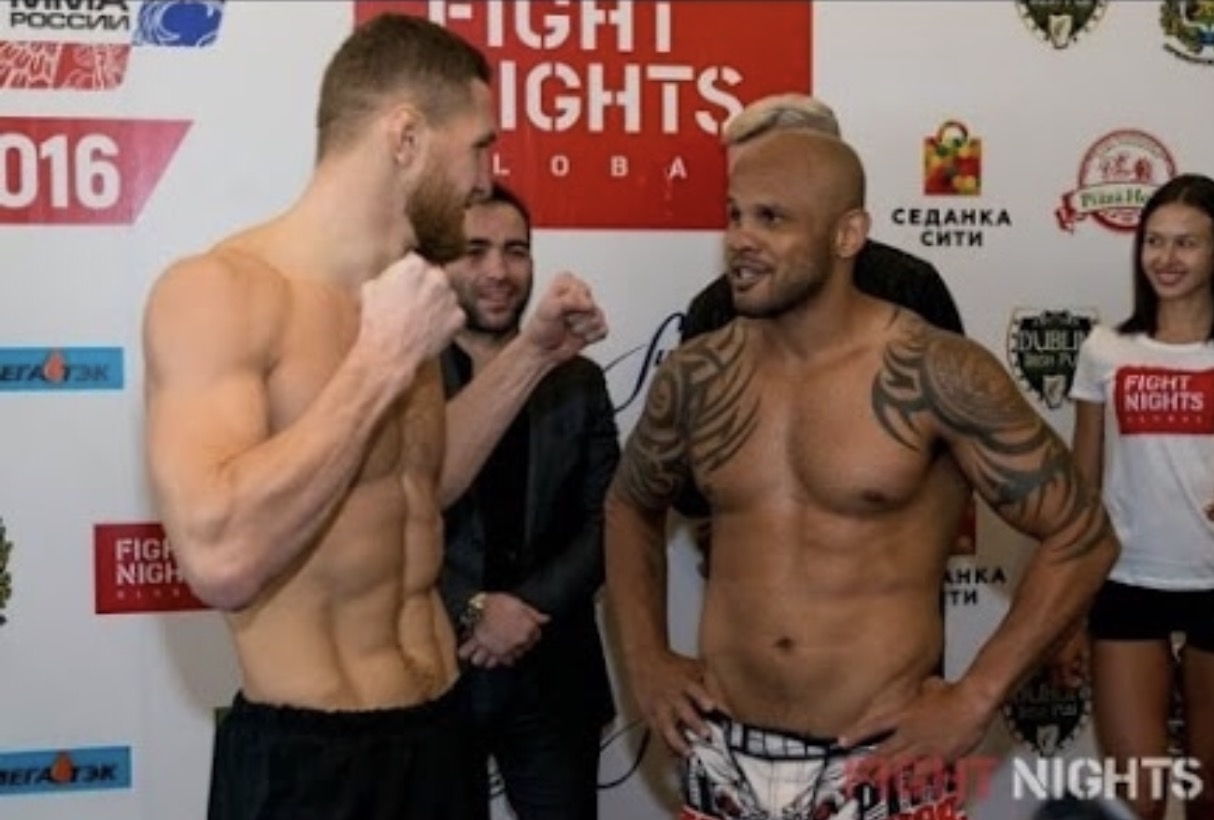 admin
- Advertisement -
Refereeing is not an easy job in the best of circumstances…but they have fighter’s safety in their hands and so though they can unfortunately never expect a pat on the back when they do a good job but dubious decisions bring widespread criticism and sometimes, rightly so.
Though we saw a bad decision in India earlier this year which went viral globally , at least in that case the corner had the presence of mind to throw in the towel but in this case FNG(Fight Nights Global) taking place at Vladivostok, Russia between Vladimir Mineev and Maiquel Falcão  , it could have been stopped a whole minute earlier and we saw Maiquel literally go blank on his feet and Vladimir continue to plummel him with little to no defense coming from Maiquel and yet though the ref, in a very good position, refused to stop the fight. In between the beating it did seem like Maiquel tried to get back on his feet, though unsuccessfully as Vladimir threw him back down and the ref shortly thereafter mercifully stopped the fight.
We don’t know if Russian refs have a different standard of fighter safety but this is one ref who sure does need to go back to ref school.
The attached video says it all.

- Advertisement -
Previous articleThe Professional Fighters League: Blueprint to how ‘leagues’ should be formed in MMA
Next articleRoad to Brave 5: Mangat vs Muneer

UFC lightweight champion Khabib Nurmagomedov has given his prediction for the much-anticipated fight in the lightweight division between Conor McGregor and Dustin Poirier at...
Read more
- Advertisement -