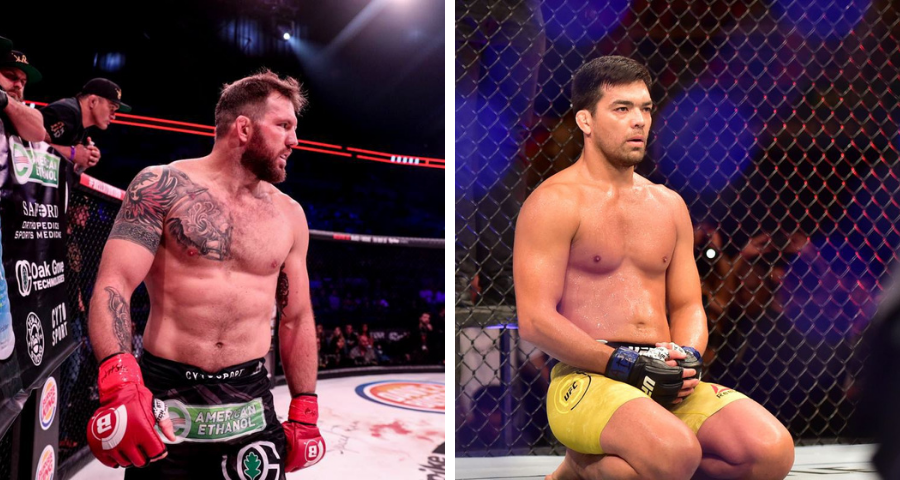 Ryan Bader is coming off of a TKO loss to current light heavyweight champion Vadim Nemkov at Bellator 244 last year.

Ryan Bader’s fight with Lyoto Machida is a rematch from nine years ago when the pair fought at UFC on Fox 4. In that fight, Lyoto Machida knocked out Ryan Bader in the second round.

Ahead of the fight, it’s reasonable to assume that Ryan Bader will be looking forward to avenging his loss, but he doesn’t see it that way. In fact, Ryan Bader wants to see how much he has improved as a fighter.

“For me, personally, it’s something to see how much I’ve grown as a fighter,” Ryan Bader told MMA Junkie in a recent interview. “In that first fight, I was a good wrestler, I hit hard, I had an overhand right basically, but I really didn’t know what I was doing on the feet. I was kind of lost in there.

“I could wrestle, and I could do everything like that. I was tough. But over the years and experience and being in those big fights, it’s helped tremendously. For me, I want to see how much I’ve grown. And obviously the competitor in me wants to get that back, so I would love to go out there and obviously win the fight, but go out there and win it in a great fashion and get a stoppage against a guy who doesn’t get stopped a lot.”

Despite the age and two back to back loses, Bader feels that Lyoto Machida is still a dangerous opponent.

“He’s fighting the best in the world. Mousasi and Phil Davis are some of the best guys in the world,” Ryan Bader said. “Obviously, Phil is extremely underrated. He can go out there and beat any top guy in any fight.

“So, yeah, that’s how a lot of Machida fights go. Sometimes there’s not a lot of action, a lot of split decisions, and stuff like that. But for me, I want to go in there and put a stamp on it and make sure there’s no split decision or discrepancy. I went out there and definitely won that fight.” (H/T – MMAJunkie.com)

Who do you guys think wins in a fight between Bader and Lyoto Machida? Let us know in the comment section below.