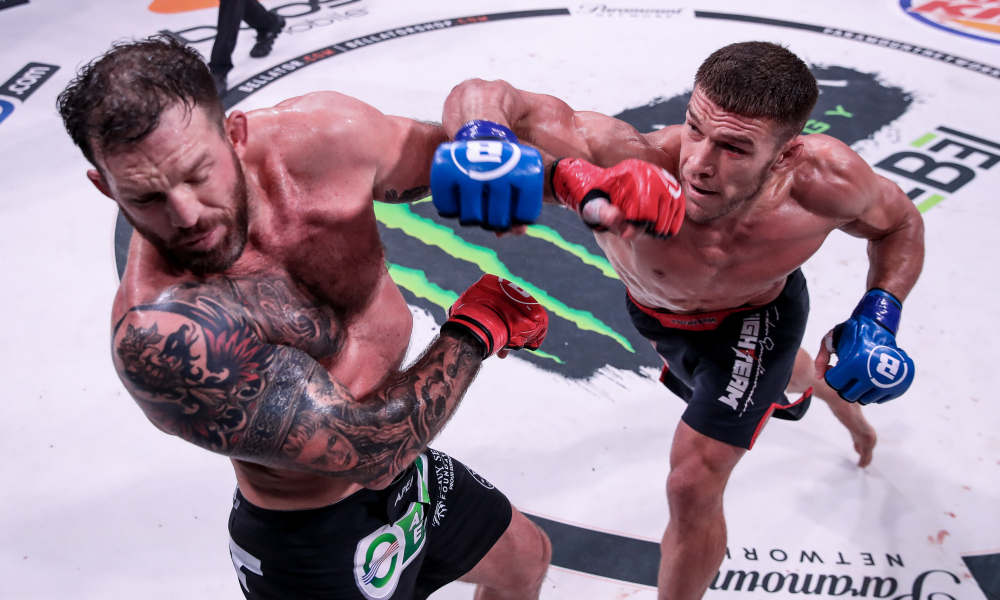 At Bellator 244, Vadim Nemkov put on a show with his amazing performance over the former champ Bader. Nemkov was the underdog coming into the fight. Since the first round, Nemkov looked considerably ahead of Bader, while Bader looked uncomfortable trading shots with Nemkov. 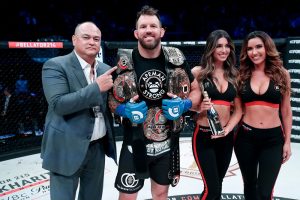 In the second round, Nemkov landed a brutal head kick right to the sweet spot behind Bader’s head which dropped him flat on his back. After that Bader was in huge trouble as Nemkov landed some huge shots on him until the referee had seen enough and came to rescue Bader. Nemkov now is the new Bellator light heavyweight champion in one of the most stacked divisions in Bellator.

Bader posted a tweet for his fans regarding his recent loss.

Well not the result we were after but it’s the game we play. I’m all good and appreciate the support! I freaking hate to lose but as always I’ll keep working my ass off. Lost one belt but still have that heavyweight belt on my shoulder and will be better than ever. 👊🏼@BellatorMMA pic.twitter.com/k1IbwSsGRf

Bader in his tweet said“Well not the result we were after but it’s the game we play. I’m all good and appreciate the support! I freaking hate to lose but as always I’ll keep working my ass off. Lost one belt but still have that heavyweight belt on my shoulder and will be better than ever. @BellatorMMA“

Even though Ryan Bader lost the Bellator light heavyweight title, and his “champ champ” rank, at Bellator 244, but he was in a positive state of mind when he posted to social media to give his reaction to his defeat.

Bader got his eight-fight unbeaten streak snapped at the hands of Nemkov, he suffered his first defeat since his January 2016 loss to Anthony Johnson at UFC on FOX 18. Bader is till the Bellator heavyweight champion and is looking forward to defending that belt and continue his fighting legacy in the heavyweight division and make a strong comeback to the win column. Bader is staying positive and said he will bounce back with an amazing victory when he defends his heavyweight title next time out.

Bader is undefeated as a heavyweight and has some notable wins over Muhammad Lawal, Matt Mitrione, and defeated Fedor Emelianenko to win the Bellator heavyweight Grand Prix, and the Bellator’s heavyweight title, in January 2019.

The new king of the Bellator’s light heavyweight division is ready to take on his next challenger which is most likely to be the winner of Lyoto Machida vs. Phil Davis or maybe the newly signed former UFC prospect Corey Anderson. So there are many potential opponents out there to fight against the new champ Vadim Nemkov.