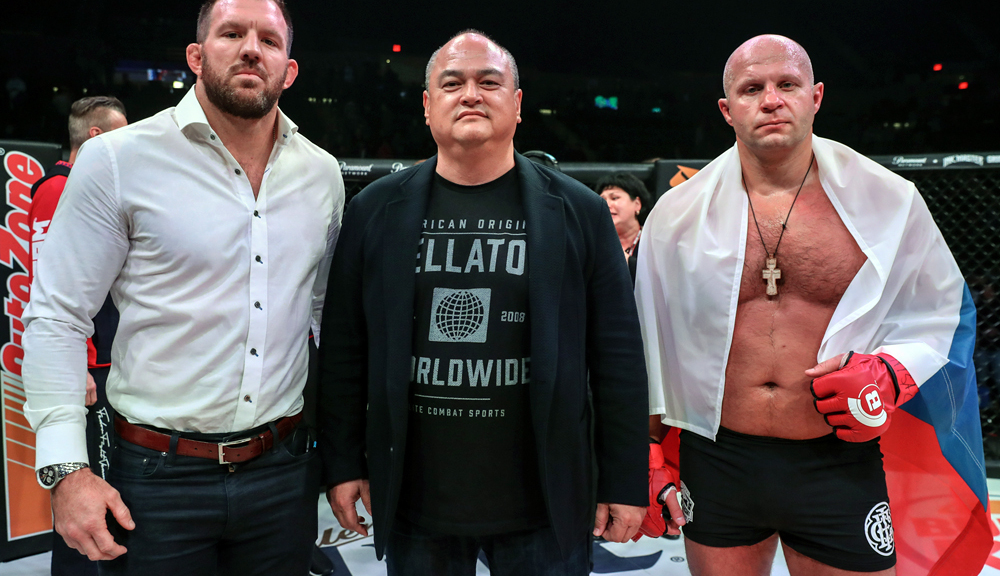 Current Bellator light heavyweight champion Ryan Bader is all set to fight Fedor Emelianenko who is regarded by many as the GOAT at the Forum in Inglewood, California this weekend.  This is the final fight in the heavyweight grand prix. 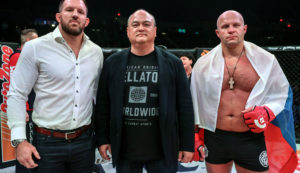 Bellator 214 has a stacked undercard, but the main event will have too many eyeballs around the world and according to Bader, a win against Fedor Emelianenko will the biggest win of his career.

“If you look back in the Chael fight, we didn’t get to see too much, he looked great. He’s unpredictable and a little bit of that is people respect him too much,” Bader told MMAWeekly.com. “I felt like Chael (Sonnen) respected him too much.

“In the (Frank) Mir fight, he did get dropped right out of the gate. Before that he got dropped and knocked out by Matt Mitrione. The fight before that against Fabio Maldonado, he got dropped a bunch of times. I do feel like I can definitely put some hands on him.”

Ryan Bader has a stacked resume of his own, having spent a long time in the UFC and then winning the Bellator light heavyweight championship with a win over Mo Lawal and Matt Mitrione.

“My honest opinion of him I think he’s very dangerous,” Bader said. “I go back and watch his fights and obviously analyze it and he has that power. … He comes in there and he throws bombs. He comes in there in the first-round throwing bombs.”

Bader also said that his wrestling and striking will give Fedor a lot of problems.

“He’s fought other wrestlers here and there, but when going way back,” Bader said of Emelianenko. “Yeah, he fought Dan Henderson years and years ago — and he ended up getting knocked out. I feel like he hasn’t fought a guy like me in a long time.

“I’m going to keep that pressure on him the whole time. I know I can strike with him, I feel like I can go to the ground with him, I can do everything. I feel confident going into this fight.”

Will the GOAT Fedor Emelianenko prevail this time or will Bader be too much for him?

Previous articleWalt Harris suspended by CSAC after positive UFC 232 test
Next articleWould you believe it? Jose Aldo is an underdog against Renato Moicano