SAM-A GAIYANGHADAO TO DEFEND ONE FLYWEIGHT MUAY THAI WORLD TITLE AGAINST JONATHAN HAGGERTY AT ONE: FOR HONOR IN JAKARTA 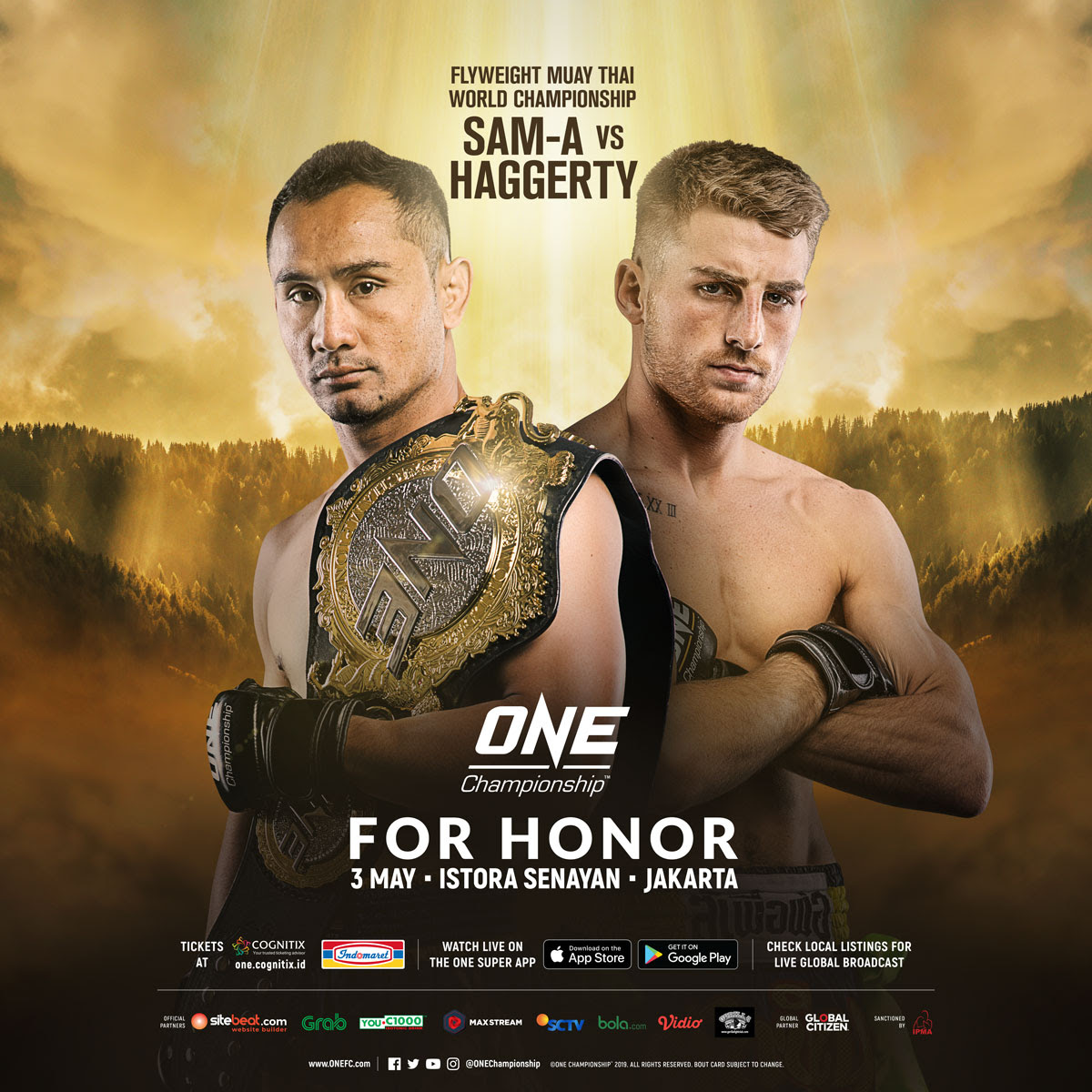 The largest global sports media property in Asian history, ONE Championship™ (ONE), has just announced ONE: FOR HONOR, set for 3 May at Istora Senayan in the bustling Indonesian capital of Jakarta. Once again, the absolute best in world-class martial arts talent will storm the ONE Championship ring to showcase their incredible skills. In the main event, ONE Flyweight Muay Thai World Champion Sam-A Gaiyanghadao of Thailand will defend his title against Jonathan Haggerty of the United Kingdom.

ONE Flyweight Muay Thai World Champion Sam-A Gaiyanghadao is ready to return to action and defend his World Title against Jonathan Haggerty in the main event of ONE: FOR HONOR.

Over the course of a stellar 25-year career spanning more than 400 bouts, multiple-time Muay Thai World Champion Sam-A has captured titles across several weight classes, and is now known as one of the very best Muay Thai kickboxers of all time.

Born to a family of farmers in Buriram, a province in northeastern Thailand, Sam-A began his competitive Muay Thai career at the young age of 9. Seeking to take his career to the next level, Sam-A moved to Bangkok when he was 15 years old, and he began training at the famed Petchyindee Muay Thai academy before making his debut at the prestigious Rajadamnern and Lumpinee stadiums. His hard work and dedication soon paid off as he blazed a trail in the sport to emerge as a living legend in the ring.

The challenger, Haggerty, is already an accomplished martial artist, despite his relative youth. He began training in Muay Thai at the age of 7 under the watchful eye of his father, John, who was himself an active competitor.

Haggerty quickly racked up multiple accolades in the sport of Muay Thai as an amateur becoming a three-time English Champion, three-time British Champion, and winning a European title as well. As a professional, his resume is still growing, but he has dominated almost everyone he has faced to date, winning almost all of his bouts via knockout while facing the sport’s elite. Now he gets the chance to challenge Muay Thai legend Sam-A Gaiyanghadao for the ONE Flyweight Muay Thai World Title.

Additional bouts at ONE: FOR HONOR will be announced at a later date